by Laquesha Bailey about a month ago in Pop Culture

Hawaiian Pizza and the Origins of the Pineapple on Pizza Debate 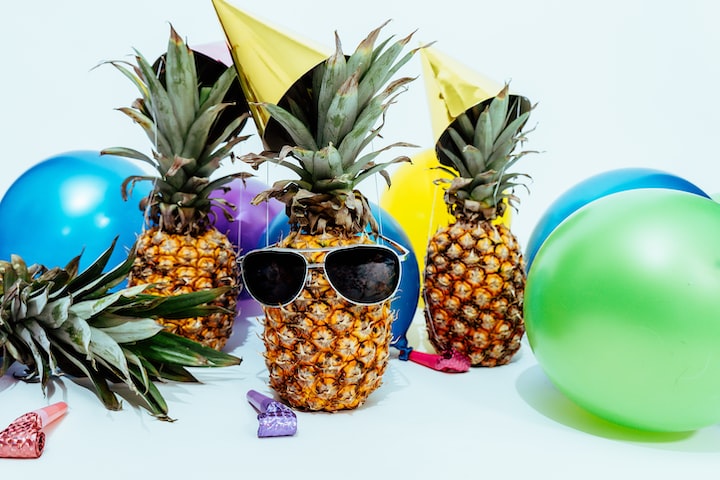 There are two types of people: those who love pineapples on pizza and those who believe it’s an abomination and representation of all things dark in this world. It‘s an age-old question that has divided the internet and turned friends into enemies, brothers against sisters and has been the subject of numerous virtual battles: does pineapple belong on pizza? On one side, there’s the argument that the sweet, tangy taste of the juicy pineapple balances out the savoury, punchy flavour of the cheese and ham. On the other end, many hold that the addition of the tropical fruit makes a mockery of an already-perfect Italian masterpiece. It's pizza, not a fruit salad!

For my part, I grew up in the Caribbean and adore the taste of pineapples, so Hawaiian pizza gets a thumbs up from me. However, I’m certainly not a food critic, and you shouldn’t take my word as gospel as I also drown my pizza slices in ketchup, mustard and hot sauce. Clearly, my taste buds aren’t the most reliable. A better question than the merit of placing the fruit on a piping hot slice is regarding who created this custom in the first place. Which genius decided that chopping up pineapples and tossing them on nature’s most perfect dish was a wonderful idea? As it turns out, a Canadian did.

The Hawaiian Pizza is Born

Stay with me: a Greek-born Canadian man, inspired by Chinese cuisine, tossed pineapples on a traditionally-Italian dish and called it Hawaiian.

Sam Panopolous migrated to Canada from Greece in 1954 when he was 20 years old and began work for a mining company in Sudbury, Ontario. He later opened up his very own restaurant with his brothers' help in Chatham, Ontario. Eventually, he began serving pizzas after being introduced to the dish upon his arrival to Canada. Inspired by the flavour profile of Chinese food, which typically combines various sweet and savoury flavours, he decided to test out placing pineapples on pizza in 1962. The dish became incredibly popular among local clientele, and subsequently, other pizzerias in the province adopted their own versions of the recipe. Hawaiian pizza continued gaining traction and has since become more mainstream, resulting in today's food wars.

What’s Hawaii Got To Do With It?

For the record, the state of Hawaii has precious little to do with the naming of this dish. Many debates have cropped up about the origin of the name, with quite a few even going so far as to contest Panopolous' claim that he invented Hawaiian pizza. Some believe the name coincides with Hawaii's incorporation as a US state a few years prior, in 1959. Others argue that the name was chosen owing to the popularity of Hawaiian culture and its tropical association with pineapples. However, Panopolous has confirmed that he looked at a can of sliced pineapples and named it after the brand that the restaurant used at the time.

We know that the world is torn to bits about pineapples on pizza, but what do Canadians think about it? Despite its humble Southwestern Ontario origins, a large portion of our population finds the dish intolerable. A survey conducted in 2018 found that a whopping 25% of Canadians found the pineapple-pizza combination to be sacrilegious and insulting to the popular fast food. Furthermore, 28% declared that they would find it difficult to be friends with someone who enjoyed Hawaiian Pizza. Proof that even though it was invented in Canada, many find Hawaiian pizza uncomfortable to stomach despite polite, uniquely Canadian sensibilities. The debate is so far-reaching that even the Prime Minister of Canada had to weigh in 2017 and give his seal of approval to the Canadian invention:

It's incredible that such a small thing as placing a popular fruit on a popular dish could inspire this level of impassioned debate. Food is a central part of our daily lives as human beings. Far from being only for sustenance, it's a way of relating to one another, socializing and sharing in the company of the ones we love. I, for one, disagree with a lot of food-related choices but had no idea that this was even a debate until I moved to Canada. My parents always got pineapples on our pizza growing up, so I grew accustomed to it and just thought that everyone also loved it. I guess not. I also love corn on pizza, but I'm not even going to go down that road because that's a whole other can of worms. Either way, variety is the spice of life - pineapples on pizza, no pineapples on pizza. You decide! Whatever you choose, though, I think we can all agree that pizza as a concept...delicious!

If you liked this post, please be sure to like this post! If you're able to leave a small tip, it'd be greatly appreciated and also, feel free to check out some of my latest stories. I recommend starting with this one:

See all posts by Laquesha Bailey →