Black Friday: The facts behind the day after Thanksgiving

by Cheryl E Preston 5 days ago in Pop Culture

The fourth Friday in November has a much darker origin than what most people believe. 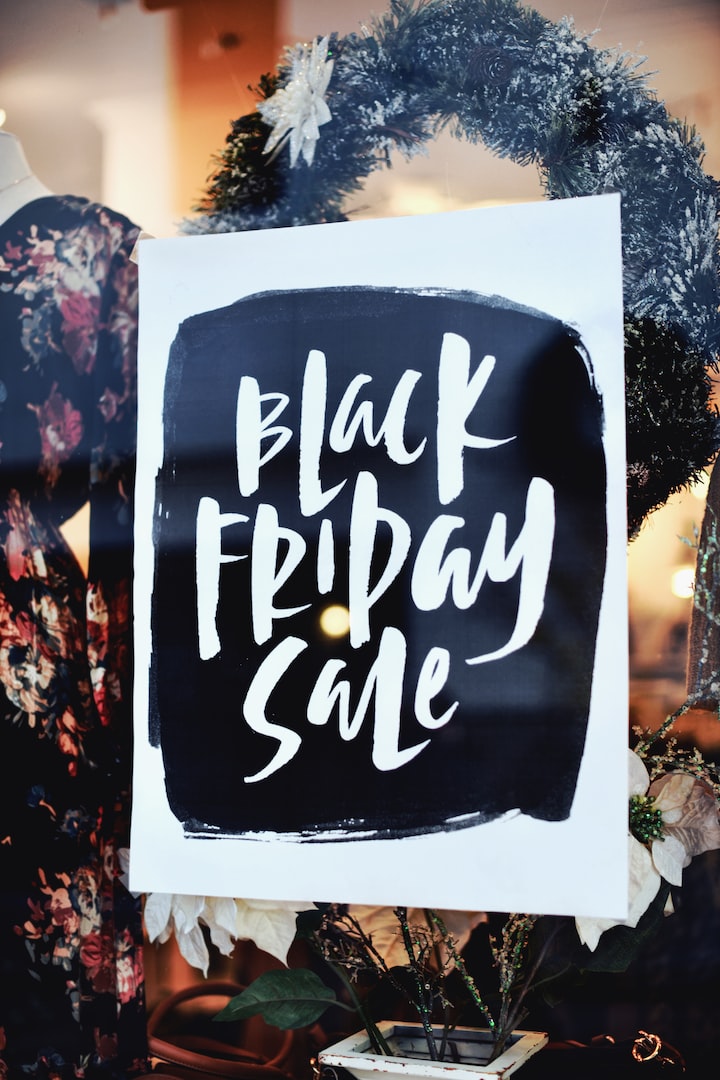 "Black Friday" took off during the early 1980s and spread throughout the United States with the "red to black" backstory. The tale that was told was that retailers traditionally operated "in the red" or at a financial loss between January and November of each year and went "in the black" by earning their profit during the holiday season. The day after Thanksgiving began the official Christmas shopping season and retailers offered a lot of big sales.

I can recall my mother going to stores as early as 5:00 AM in order to get the best deals. My mother in law and her sisters would spend the entire day shopping at the mall. Traffic would be backed up and I would have to leave home about 20 minutes early when taking my oldest son to and from work at the mall when he was a teen. When my husband worked at Toys R Us he would have to go to work at 6:00 AM on Black Friday and the last two years he had to be a t work at 8:00 PM on Thanksgiving night which interrupted the family dinner.

Black Friday: The red and black of it all

The terms red and black related to financial records came from a once-common accounting practice where red ink was used to show negative amounts and black indicated positive amounts. Black Friday, is the beginning of the period when retailers would no longer be "in the red," and would be "in the black."

The earliest known published reference that used this explanation was in The Philadelphia Inquirer in 1951. This term was used to describe workers who began calling in sick on the day after the holiday, in order to enjoy a four-day weekend. Police at that same time used these two words to describe the heavy traffic from pedestrians and motor vehicles that occurred on the day following Thanksgiving and caused congestion with pedestrians, as well as motor vehicles. I had no idea that the crowds and backed-up traffic had been going on for so long.

The use of the phrase began spreading slowly, and "Black Friday" first appeared in print in The New York Times on November 29, 1975. The article said that Black Friday was "the busiest shopping and traffic day of the year" in Philadelphia and soon became more widespread.

The root of "Black Friday" had nothing to do with Thanksgiving, Christmas, or shopping. but was about greed. It began during a dark time in American history known as the Panic of 1869. This was not as bad as the stock market crash of 1929 but had its own devastating effect on the nation. On September 24 of 1869, two financiers Jay Gould and James Fisk took advantage of their connections with the Grant Administration and attempted to corner the gold market. They drove up the price of gold which caused a crash,

The stock market dropped 20% and foreign trade came to an abrupt halt. Farmers suffered a 50% dip in their corn and wheat harvest value. and when President Grant was told of Fisk and Gold's manipulation, he took action. The President ordered the Treasury Dept. to release a large supply of gold, which halted the run and caused prices to drop by 18%. During this one single day fortunes were made and lost and the president's own brother-in-law, Abel Corbin, was a victim as he was ruined financially.

Our modern Black Friday is not without its own glitches and greed as there have been times when shoppers crashed through doors, were fighting and some have died retail items that were on sale. Black Friday today does not cause quite as much congestion for two important reasons. Retailers now offer Cyber Monday which is the Monday after Thanksgiving where shoppers can get deals online. Some online merchants, as well as those in brick and Morter establishments, began advertising and offering Black Friday deals this year (2021) beginning with the first week in November. Perhaps this will reduce the number of adverse incidents and maybe people can relax and reflect upon what Thanksgiving and Christmas are really about.