by Olivia L. Dobbs about a year ago in Science
Report Story 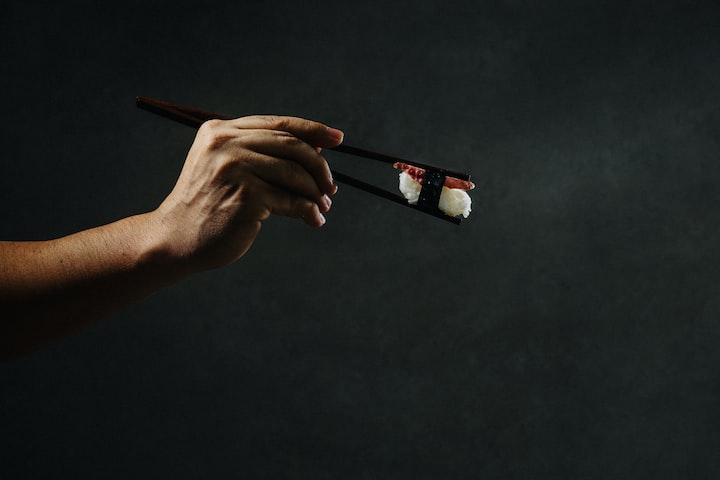 Photo by Douglas Lopez on Unsplash

I gave up turf seven whole years ago. Since I made that choice, it's been an arduous process digging through the available vegetarian and vegan information (and misinformation). Though there are some amazing guides out there to sustainably changing your diet, others available are misleading, sensationalized, and generally bad news.

I recently came across an argument from the bad news crowd that got under my skin. The article, which I will not link, claimed that we're evolutionarily herbivores! Immediately, my internal B.S. meter went off.

With a bit of background from my undergraduate education and a massive cup of coffee, I set off to investigate: Are humans naturally vegetarian?

Here's what I discovered:

More Than We Can Chew

One of the easiest ways to identify the diet of a species lies at the very beginning of the digestive tract: the teeth. These odd-yet-functional sets of exposed bones are shaped to masticate best what a creature eats! Some scientists go so far as to say that observing teeth is a more reliable way of determining diet than even stomach content.

In short, meat-eating critters tend to have long, sharp teeth in the front, meant for grabbing and tearing food. In the back, they have knife-like teeth that help cut meat into smaller pieces. On the other hand, Herbivorous species have chisel-like front teeth for gnawing and flat back teeth for grinding.

Beyond the shape of teeth, scientists also often look at an animal's entire digestive track to determine diet. Generally speaking, carnivores have much more simplistic digestion processes. Their tracts tend to be much shorter than those of herbivores, and, in many cases, there are less distinct organs!

Again, with us humans, our digestive tracks are somewhere in between those of carnivores and herbivores. As far as length, we're shorter than herbivores and longer than carnivores. Plus, though we don't have multiple stomachs like some ungulates, our systems are a bit more complex than those 0f large cats and other predators.

Other than morphology, the best determiner of diet tends to be family. Generally, evolutionarily close relatives tend to eat the same sort of foods as each other. So, to determine the evolutionary history of our digestion, it helps to zoom out and see what our distant cousins are ingesting.

Looking at our order within Animalia (primates), you'll find that almost everybody is an omnivore. Our order is unique for class Mammalia. Whereas most charges tend to have very specialized diets, the creatures in our group play it loose with food. Though most tend to prefer fruits and plant bits, a great deal of both monkeys and apes will occasionally nosh on birds, eggs, small critters, and bugs!

When you focus on just our family (Hominidae) , the image of a generalist diet becomes even more apparent. Below is the diet of our species' family members, ordered from furthest to closest related to us:

Based on the common occurrence of generalist diets within Hominidae, it's safe to say our bodies have also evolved to deal with a wide variety of nutrition sources!

I've seen an odd argument floating around that would be remiss for me not to address. In short, some people believe that eating raw meat can make us sick compared to predators that have no such issue.

Fun fact: predators of all sorts more commonly contract diseases and parasites from their diet. Meat is a riskier sort of nutrition for any animal that ingests it. Like most traits in nature, it's a tradeoff; meat is a higher-risk, higher-reward nutrient.

We also are technically capable of digesting raw meat. There's a reason salmon sushi and steak tartare are popular dishes! The reason we're more commonly ill from raw meat, according to Mashable, is twofold: meat becomes more dangerous the longer it has to rot, and diet generalists like us aren't quite as good at digesting meat as the specialists. But, we can and do digest raw meat with reasonable ease for an omnivore.

Our bodies are perfectly capable of consuming meat. We are a generalist species that are set up to thrive with a wide variety of diets. So, the perfect diet for you is likely not dropping everything and becoming the ultimate vegan.

But, it might be valuable to take some inspiration from the other hominids. Though our bodies are capable of processing meat, it's essential to understand that all of our relatives use meat as a supplementary food and certainly not a staple. We're hardwired to crave nutritional supplements that were, prehistorically, hard to come by in the natural world. The reason you desire meat is similar to the reason you crave sugar and salt! So, now that we exist post the invention of agriculture, meat availability has far surpassed the proportion we need to be happy and healthy.

Many of us in the United States nowadays are overeating meat. On average, U.S. citizens eat about twice (274lbs/year) as much as is recommended (125lbs/year) by health professionals, which can pose many health risks. Eating meat regularly can increase the risk of some cancers, diabetes, high cholesterol, and coronary heart disease.

Instead of panicking and radically restricting your diet, however, consider how you can make small, sustainable changes. And, of course, talk to a health professional (and don't take advice from randoms on the internet) to discover what works best for your body!

More stories from Olivia L. Dobbs and writers in FYI and other communities.