by Brenda Reeves 4 months ago in Historical
Report Story

It's time we give these ladies credit 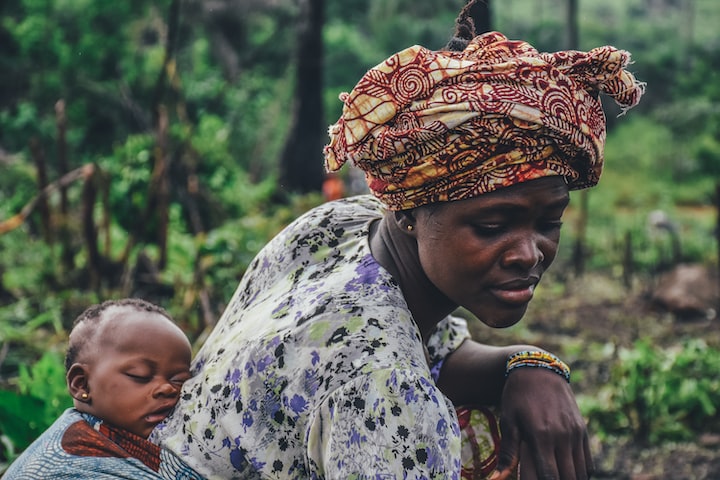 Most people probably don’t realize that many African American women have contributed to medicine, science, and technology. Before the abolition of slavery, all slaves were prevented from patenting their inventions. If a slave invented something, the patent was granted to the slave owner. After the American Civil War, black and white women were often not given credit for their inventions. Instead, inventions were attributed to male family members. There’s no way of knowing how many inventions attributed to men were the creation of women.

Doing the laundry was a labor-intensive chore before the advent of the washing machine. Ellen Eglin lightened the load a little with her invention of a clothes wringer for washing machines.

Born in 1849 in Washington D.C., this African American woman’s wringer had two rollers within a frame that was connected to a hand-crank. Clothes were fed between the two rollers with one hand while the other hand-cranked the rollers, squeezing all the water out of them. Women welcomed this labor-saving invention at a time when all wash was done by hand.

Ellen sold her patent to a white man, because she feared that her black skin would deter white women from purchasing it.

You know I am black; she told the April 1890 issue of Woman Inventor. If it was known that a Negro woman patented the invention, white ladies would not buy the wringer.

Even at that time in history, I think white women would not have cared about the color of the lady who invented this labor-saving device. My grandmother had one of these washers on her back porch. I enjoyed watching her feed the clothes through the rollers and seeing them come out squeezed and flat.

Before Sarah Marshall Boone invented an ironing board, Clothes were ironed on a board balanced on two chairs or two tables. In the nineteenth century, female African American inventors were unheard of mainly because they were women and they were black. Sarah entered the world in 1832 in North Carolina and moved to Connecticut before the civil war. In 1847 she married a freedman by the name of John Boone. She had eight children while working as a dressmaker.

Sarah designed her ironing board using a narrow wooden board. It had collapsible legs and a padded cover. Although there had been other attempts at designing an efficient ironing board, Sarah’s board won out because it had a narrow end for ironing sleeves.

On April 26, 1892, the United States Patent Office granted Sarah a patent for her improvements to the ironing board. According to the patent application, It allowed the user to produce a cheap, simple, convenient and highly effective device, particularly adapted to be used in ironing the sleeves and bodies of ladies’ garments.

Anyone who has gone through cataract surgery, myself included, has Dr. Patricia Bath, an African American ophthalmologist to thank for the simple, painless procedure. She invented the Laserphaco Probe and received a patent on it in 1988.

The laser dissolves the cataract painlessly before irrigating and cleaning the eye and inserting a new lens.” She was granted a patent for the device in 1988.

Dr. Bath continued to perfect eye surgery by developing a method using ultrasound. She patented it in the year 2000. Her accomplishments were very extensive and you can read about them on Wikipedia.

Maybe you’ve never heard of the Gong and Signal Chair for Hotels, but if you’ve ever flown in an airplane, you’ve most likely used a version of it. In 1888, Miriam Benjamin obtained a patent for her invention. Hotel guests sitting in a chair could press a button on the back of it to send a signal to a hotel employee to bring them a drink. At the same time, a light on the chair identified the customer as the one requesting that drink. Miriam’s invention is today’s call button used to summons the flight attendant in airplanes.

Miriam Benjamin was the second African American woman to be granted a patent. She died in 1947 at the age of 86, but her invention lives on today.

Born in Toledo, Ohio, before the civil war, Sarah E. Goode would tell people she was from Spain. It’s thought that she wanted to hide the fact that her parents were of mixed race. Sarah married Archibald Goode, and they produced six children. Archibald built staircases for a living and worked as an upholsterer. Meanwhile, Sarah opened a furniture store and recognized the need for space-saving furniture. She met this need by inventing a bed folded up into a roll-top desk with room for storage. She is the first African American woman to be granted a patent for her invention in July 1885.

If you own a home security system, you have Marie Brown to thank for it. In 1966 she recognized the need for such an invention. Her idea was conceived while considering the length of time it took for the police to arrive after being called out by residents.

Her patent was granted in 1969 for a motorized camera that displayed images on a monitor in the bedroom. A set of four peepholes and the camera could be remotely controlled to slide back and forth to each peephole to record what was happening outside. The images captured at the door were shown on the monitor using a radio-controlled wireless system. Any door in the house could be remotely locked and unlocked. The viewer inside the house could speak to the person outside. If desired, an alarm could be sent to a member of a neighborhood watch group.

Although Marie’s system was the precursor to the CCTV home security technology in use today, there’s no record showing Marie’s system ever being produced or whether she ever made money from it.

Women worldwide have Mary Kenner, an African American woman to thank for the sanitary belt produced by Kotex. Before the tampon and the stick-on sanitary napkin women had to hold those pesky things in place with a sanitary belt. Although she invented it in 1936, it wasn’t patented until 1959. It took 20 years for her to patent it because companies didn’t want to work with her because of her sex and race. Prior to Mary’s invention women had nothing to hold the “rag” in place and usually stayed at home until that time of the month subsided. Imagine!

Mary didn’t stop there, though. She was granted five other patents for her inventions: Three of them included a carrier attachment for an invalid walker; a bathroom tissue holder; and a back washer mounted on a shower or bathtub wall.

Before the permanent wave machine, invented by African American, Marjorie Joyner, women of color had to straighten their hair with a curling iron heated on a stove. In 1928, she received a patent for her hairstyling machine which was dome-shaped with a cluster of dangling electric curlers. You can see this contraption in some of the movies from the ’20s and ’30s and on YouTube. It wasn’t long before all women, not just African Americans were getting their hair permed with this new invention.

I have barely touched on the many inventions produced by African American women. It’s time to spread the word and give these women the credit they deserve.

I'm a writer, visual artist, animal lover and free spirit. Minimalism is my motto. I recently sold my car and live with the bare necessities of life. It's the only way to be truly free in this world of chaos.

More stories from Brenda Reeves and writers in FYI and other communities.