by Fakhar Abbas 4 months ago in Historical
Report Story 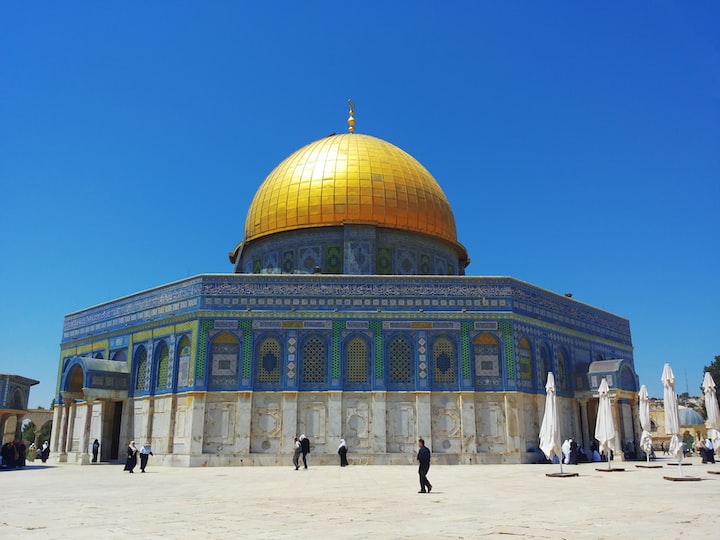 Photo by nour tayeh on Unsplash

Saint John was one of the twelve disciples of Jesus, he was a very helpful, gentle and good person. When Jesus was being led to the cross, he said to Saint John, "After me you take care of my mother”. Saint John accepted this responsibility and dedicated the rest of his life to the service of Hazrat Maryam (AS). After Jesus, the land of Jerusalem was narrowed down for Christians, so they started leaving Israel one by one. (Saint Peter occupied the same position in the life of Jesus as Abu Bakar Siddique (R.A) had in the blessed life of the Holy Prophet). He left Jerusalem and went to Rome and took refuge on a hill outside the city. The Romans found out and crucified him on the same hill. His followers took him down from the cross and buried him on the same hill.

This place is now called the Vatican City and is considered the holiest place for Christians. Today's Turkey was called Asia Minor at that time and its borders crossed from Syria to Jerusalem. When Christians were short of time, they began to spread secretly in Asia Turkey, the caves of Cappadocia were the first destination of Christians, and they also took refuge in Ghazi Antab.

The world's first Bible was written in this city, these people also reached Arafa, the city of Ibrahim (AS), and because of the handkerchief of Jesus (AS), the king of that time accepted Christianity, they also entered Istanbul, today. Istanbul is also the Kaaba of Orthodox Christians and these people also reached Armenia, the rulers of Armenia accepted Christianity, after which it became the first Christian state in the world. Saint John took Hazrat Maryam (AS) during this time of migration and they reached the city of Ephesus, it was the largest and most modern city in Central Asia at that time, the population was two and a half million, the houses were three stories high.

The city walls were ten kilometers long and nine kilometers wide and the fourth largest wonder of the world, the Temple of Artemis, was also there. The city had the sea on one side and mountains on three sides and two rivers watered the area. An ideal, beautiful and worldly place, Saint John reached Ephesus with Hazrat Maryam (AS).

Hazrat Maryam (AS) took residence in a mountain cave instead of a city and spent twenty or thirty years of her life in that cave. Pilgrims kept coming and going back after circling around her residence, so this place is holy for Christians. It happened, Hazrat Maryam (AS) visited Jerusalem again before her death, but her residence in Ephesus is still there today. Christians from all over the world come to Ephesus every year to visit her. Seljuq city settled, people first go to Seljuk to visit the house of Hazrat Maryam (AS) and visit Ephesus, St. John's tomb is also in Seljuk.

I took a taxi from Kochadashi to Ephesus on July 20. The house of Hazrat Maryam (AS) is on a mountain between trees and vines. It is a small stone building shaded by vines all day long. If so, there is a room of a few feet and then a room of twenty feet, this is the total area of this house, there is a statue of Hazrat Maryam (AS). on the altar and there were candles around it, the way out of the house is to the right. Hand, as soon as you leave it, you are back in the same courtyard from which you entered.

August 15th is the busiest day of this house, Christians from all over the world come here on this day and visit the house of Hazrat Maryam (AS), her original residence was in the basement under the building, it remains closed but The upper room is open for visits, I did two rounds of the building, prayed, lit a candle and sat outside. There was a holy sound and a soul-tickling feeling. There was a pool of water, water was collected here two thousand years ago, while the spring of Hazrat Maryam (AS) is still flowing and pilgrims drink its water and wash their hands and mouth with it. There is a wall, pilgrims write their prayers and bring them and tie them to the wall.

Even on that day, there were millions of mats hanging on the wall, each request was a story, a different story, are all these prayers accepted? I stopped and thought that maybe faith is bigger than belief sometimes and that wall was proof of that.

I got up from the courtyard of Hazrat Maryam (AS) and came to the city of Ephesus. This city has become obsolete, but it was still an amazing city. The streets of the whole city were paved and the houses were three stories tall. There were mosaics in the courtyards. Fresh water springs flowed throughout the city, the Temple of Ephesus was the largest temple in Central Asia and Greece after Delphi, the largest temple of goddess Artemis in the world was in Ephesus. The building stood on 127 pillars and could be seen from Greece. Diana was another name for Artemis. This temple burned to the ground on the very day Alexander the Great was born in Macedonia.

When Alexander conquered Ephesus, he tried to rebuild the Temple of Artemis, but he failed. The building of the temple is still standing on the ground, only a pillar stands in the desert as a reminder, along with it there is an ancient church, a fort of the Seljuk era and a mosque of the Ottoman era, the call to prayer is heard five times a day. And it gives this message to Artemis every day: only the name of Allah will remain in the world, all other gods are mortal and meaningless. The city also has two stadiums, the smaller stadium was covered and was for nobles, chiefs and government officials while the bigger stadium was open air and for the whole city, it could seat 24 thousand people at a time.

It also had gladiatorial contests, slaves were thrown to hungry lions, and music competitions were also held. It goes from top to bottom like a well and has a stone stage at bottom. The ancient Greeks also worshiped a goddess named Nike. There was also a temple of Nike in Ephesus, but the temple is gone. The idol of the goddess survived, Nike had wings on her feet, but from a distance they looked like tick marks, the international sportswear brand Nike was inspired by the statue and its tagline "Just do it" Nike's wings. Derived from Sylt, Dimension was a character of Ephesus, he was very strict, he wanted to control everyone and he killed anyone who disobeyed his orders.

He also killed hundreds of Christians in the early days of Christianity, the ruins of the Temple of Damation are still in the city of Ephesus. The English language word Domination (Domination) came from this character, the concept and word of latrine was also born in Ephesus, there were public toilets in the city. Water used to flow from it, this toilet was used by travelers, people called this place Laitaria, the word Latrine came from this, a woman's foot mark was made on a stone at the beginning of the city.

This was the sign of a brothel, the whole city was built of stone but the prostitutes' houses were made of red brick, these red brick houses were the first "red light district" in the world, the third largest library in the world was also in Ephesus, This building was very magnificent and four or five stories high, it was enjoyed by Homer, it may be revealed to you that the ancient Greek philosopher was from the city of Izmir in Turkey and he studied and taught in Ephesus. , to benefit from the library of Ephesus where students came from the world and stayed in the city for months and the first writings of Christianity are also in this city, the Trinity was also born in this city, this doctrine was written on stone. And that stone is still there in this city.

Ephesus is only ten percent recovered so far, ninety percent is still buried in the soil, but even ten percent is enough to open the eyes, its arches, its pillars, its statues, its walls, its streets and Its temples take one by surprise and one is forced to think, has this city also ended, has it also declined, indeed, everything in the universe is mortal except Allah, only He which will never fall, and Ephesus is a practical interpretation of this fact.

More stories from Fakhar Abbas and writers in FYI and other communities.