5 People Who Mysteriously Returned Home After Missing for Years

by Kassondra O'Hara about a month ago in Mystery

Some of their homecomings were as baffling as their disappearances 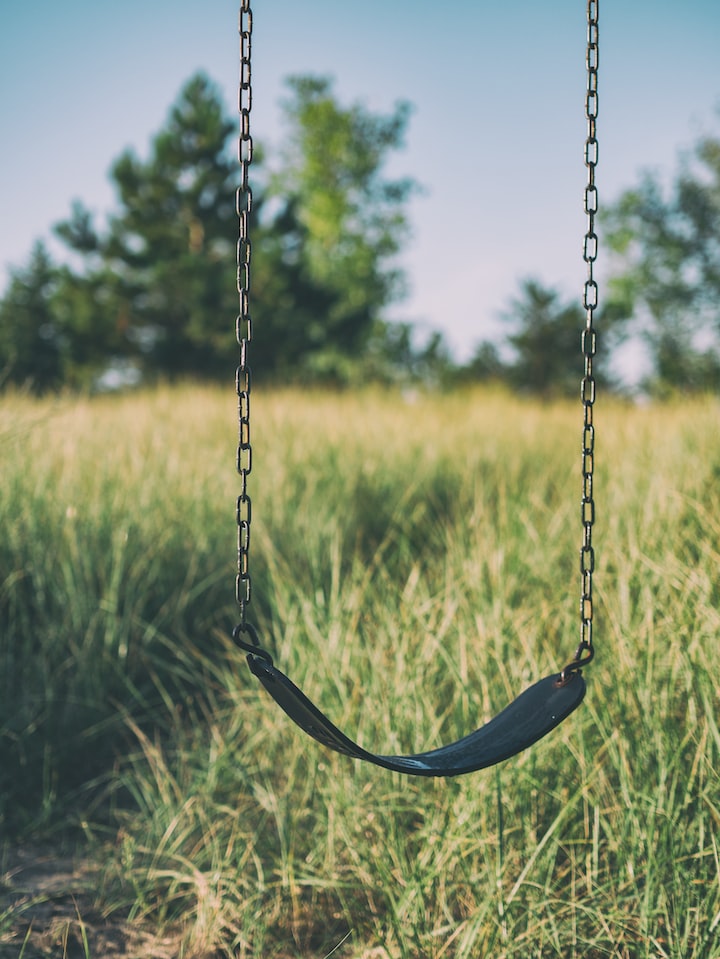 Having a loved one go missing and never knowing what happened to them must be the ultimate torture. The uncertainty causes the families of the missing unable to find peace with their loss. They want to have hope that their loved one is still alive somewhere and will return to them one day. Unfortunately, the more time that passes, the less likely that is to happen. The following cases however, prove that homecomings do happen, but aren’t always cause for celebration.

Natasha Anne Ryan went missing from Rockhampton, Queensland when she was 14 years old. On August 31, 1998, Natasha’s mother dropped her off at school, but she never returned home. While attempting to report her as missing, police did not take the case very seriously as just a month earlier, Natasha had run away with her 21-year-old boyfriend, Scott Black. Black was questioned but it was determined that he did not know anything of Natasha’s disappearance.

Between 1998 and 1999, several other females had gone missing in the Rockhampton area. It became evident that a serial killer had abducted and murdered the women. Natasha’s family feared that she had also fell victim to this predator.

In May of 1999, Natasha was still missing, and a man named Leonard John Fraser was arrested for the murder of a local 9-year-old girl. Awaiting his trial, he confessed to the murder of the little girl and four other females, including Natasha. He even drew a map to where their remains were located,

Although Natasha’s remains were not found, her family had a memorial service for her in May of 2001.

On April 11, 2003, during Fraser’s murder trial, police prosecutors made a shocking announcement. As Natasha’s father listened on, prosecutor Paul Rutledge informed the court that the night before, they conducted a raid on a home and found Natasha alive and well and hiding in a cupboard.

Natasha had been living voluntarily with her boyfriend since 1998 and even showed up to her own murder trial and testified that she had never met Fraser.

The Girl Who Came Back From the Dead

In February 1978, 23-year-old Steven Kubacki was a student at Hope College in Holland, Michigan. On February 20th, he went for a solo cross-country skiing trip to Saugatuck, a small town on the banks of Lake Michigan.

When Steven had not arrived home the next day, his family filed a missing person’s report. A search and rescue mission ensued and snowmobilers located Steven’s skis and backpack. Strangely, they were found in an area that had been previously searched.

A 200-yard trail of footprints in the snow that lead to the edge of the lake introduced the theory that Steven had more than likely fallen through the ice and died.

15 months later, Steven reportedly “woke up” 739 miles away in a field in Pittsfield, MA having no recollection of what happened. Pittsfield happened to be the town where his father lived. Steven was dressed in unfamiliar clothes and was carrying a satchel, filled with strange maps.

Steven made the 40-mile journey to his family’s home and rang the doorbell. His father was absolutely shocked to see his son after 15 months of believing that he was dead. Steven claims to have no memory of the previous 15 months, stating that the last thing he remembers was staring out across Lake Michigan.

Steven’s story has been grouped with other possible paranormal experiences that have occurred in what is dubbed “The Michigan Triangle”, including sinking ships, UFOs, and missing aircraft.

14-year-old Tanya Kach attended Cornell Middle School in McKeesport, PA where she befriended a security guard named Thomas Hose. Eventually, the relationship progressed and Tanya, thinking she was in love with 38-year-old Hose, agreed to “run away” with him.

On February 10, 1996, she went to Hose’s home, where he lived with his parents and was reportedly locked inside a bedroom. Tanya was not allowed to leave the home for the first four years of her captivity. She was forced to live in a second-story bedroom and had to use a bucket as a toilet. The house was only two miles from her home.

After several years, Hose created a new identity for Tanya. He referred to her as “Nikki Allen” and introduced her to his family as his girlfriend who would be coming to live with them. While this allowed Tanya to freely roam the home, for the next six years, the few occasions that she was allowed to leave the house, she would have to return by an exact time set by Hose.

Ten years after her captivity began, she revealed her secret to a neighborhood grocery store owner, who called the police. Tanya was returned home and later shared her experience in a book, “Memoirs of a Milk Carton Kid: The Tanya Nicole Kach Story.”

Thomas Hose accepted a plea deal, which the judge accepted to save Tanya from the stress of a trial. He received a sentence of five to 15 years for a single count of involuntary deviate sexual intercourse.

In August 1902, William Bates, an American ophthalmologist, sent a letter to his wife while she was visiting her mother. It stated that he had been “called out of town to some major operations” and would be traveling with former student, Dr. Forche. He explained that he would be paid quite generously and promised to provide her with more details in his next letter. No more letters ever came.

After several days, Mrs. Bates reached out to family and friends in the U.S. and Europe to see if anyone had any information. Finally, a letter arrived from Britain, claiming that a man who fit Bates’ description was working as a medical assistant at the Charing Cross Hospital in London. He had first been admitted as a patient there. Bates was reported to be haggard and thin with deeply sunken eyes.

Mrs. Bates traveled to London, anxious to see her husband. Unfortunately, William had no recollection of his previous life and did not know her. He reportedly told her, “I don’t know why you bother, madam. We are strangers.”

Mrs. Bates persuaded him into joining her at the Savoy Hotel. William was able to recall portions of his life, including while he was in New York, being summoned to board a boat and perform an operation on someone with a brain abscess.

Mrs. Bates planned on staying in London as long as it took for her husband to recover, while also praying that his memories would return. However, two days after William began staying with his wife at the Savoy hotel, he disappeared once again.

Mrs. Bates spent the next few years actively searching for her husband throughout Europe and down the American East Coast. She died in 1907, embracing a photo of her beloved husband. That, however, is not the end of the story.

In 1910, Dr. J.E. Kelly, a good friend of Bates was passing through Grand Forks, ND. In a town of 12,000 people, Kelly recognized a familiar face. William Bates had set up a small ophthalmology practice in the town sometime between when he was last seen in London and the current time.

Kelly persuaded Bates into coming to New York and they went into practice together. Bates never regained his memories of his previous life. He did however serve as an attending physician at the Harlem Hospital and remarried.

There was some speculation that his mental state was somewhat unstable, as he compiled a medical-based book, filled with misinformation and exaggerations in regards to imperfect eyesight. This became known as the Bates Method and recommended potentially dangerous alternative therapies to improve eyesight. He died in 1931.

John Darwin was a science and math teacher turned prison officer living in Hartlepool, County Durham, England. Darwin and his wife, Anne, also ran a business renting bedsits in County Durham. After purchasing two houses in Seaton Carew in 2000, the Darwin’s were swimming in debt.

On March 21, 2002, Darwin was seen paddling his kayak out to sea at Seaton Carew. After failing to show up at work later that day, he was reported as missing. A massive search of the sea and neighboring areas was conducted. No sign of Darwin was ever found, only a paddle belonging to his kayak. John Darwin was presumed dead. Anne had to break the news to the couples’ sons, Anthony, 42, and Mark, 45.

Unknown to anyone except Anne, Darwin was actually alive and well, temporarily living in one of the bedsits next door to his family’s home. In 2003, he secretly moved back in with Anne. In 2004, the Darwins decided to move out of the country. In November, the couple visited Cyprus to look at properties. Darwin’s galavanting outside his home caused him to be seen and recognized by several individuals. None of them reported it.

In July 2006, the Darwins flew to Panama. There, they were photographed by a Panamanian property agent, and the photo was posted to the internet. Anne then returned to the UK to sell their family home while John remained in Panama. In May 2007, the couple purchased a tropical estate in Escobal, Colon, Panama, and planned to turn it into a hotel.

In September, a police investigation began when a colleague of Anne’s overheard a conversation between her and John. Around this time, John also wanted to return to Britain.

On December 1, 2007, John Darwin walked into a Central London police station and said, “I think I’m a missing person.” His idea was that he would claim to have suffered from amnesia to explain his disappearance for the last five years. Anne was notified of Darwin’s return seemed completely surprised and overjoyed at the sight of her “missing” husband.

The jig was up when the Daily Mirror published the photograph of the Darwins that was taken in Panama in 2006. This proved that not only was John’s disappearance false but that Anne knew the entire time.

Anne admitted to the fraud and confirmed the photograph as authentic, stating “Yes, that’s him. My sons will never forgive me.” She also admitted that John came up with the idea so that she would receive his life insurance payout and they could pay off all of their debts.

Initially, the sons were delighted by their father’s return, but as the truth came out, they publicly stated that they had also been scammed and wished to have no further contact with their parents.

On July 23, 2008, John and Anne Darwin were both convicted of fraud. John received an additional charge due to his fake passport and was sentenced to six years and three months in prison. Anne received a six-year, six-month sentence. The couple divorced, led separate lives, and were court-ordered to pay back the life insurance money that they fraudulently received.

The disappearance of Steven Kubacki in the Lake Michigan Triangle — StrangeOutdoors.com

***Note: This story previously published on Medium.com by the author.***