Yet another “Talk To Translator” AI-generated short story idea

by James Crawford 23 days ago in literature 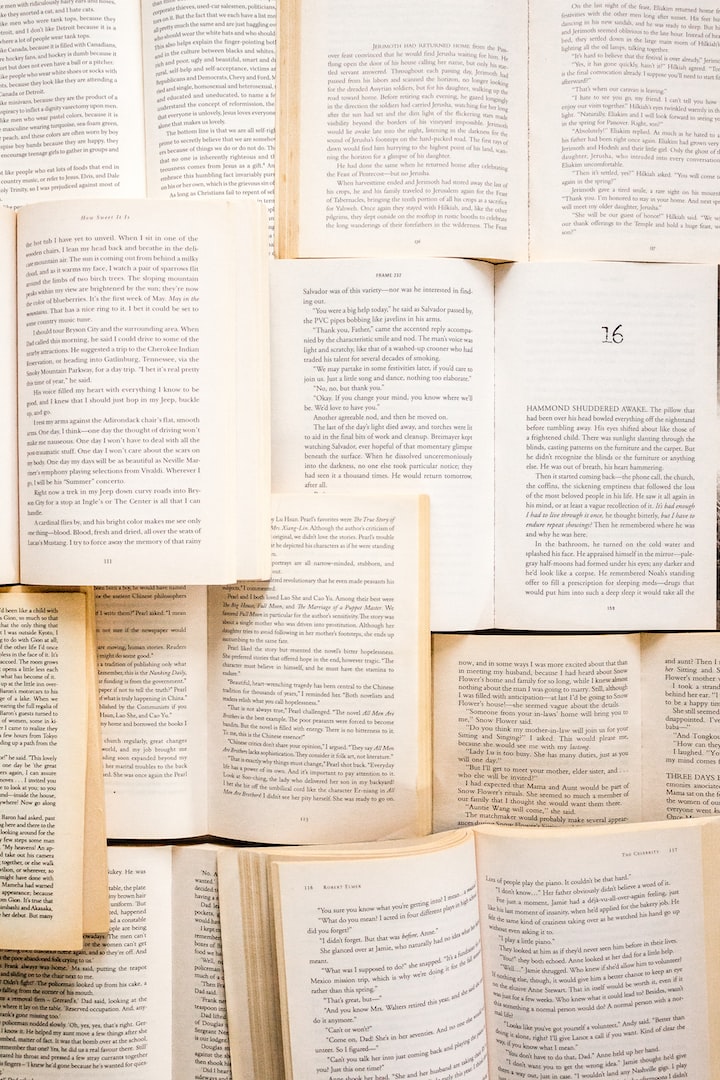 It’s been a very hot minute since I last played around with the Talk To Transformer interface demo using the InferKit AI-based text generator. So, I thought I would have fun with this once more.

Key things to note for the AI-generated mess:

“This is not what I ordered” Mangus said in protest and disgust as he threw his spoon on the ground. He got up and poured himself some coffee as he continued to look over the sandwiches and rolls.

Mangus was an older man who was suffering from multiple sclerosis and a heart condition. Mangus had seen a TV show recently about a lady who had done a lot of reading about good food and nutrition, and how those things could help people suffering from chronic illnesses.

Thoughts so far: Okay… that escalated quickly. I suppose you have to character build somehow.

Mangus started to follow her advice and cut down on his food and even began to work out to build up muscle mass. He began to focus more on his core at the local gym as well as squeezing some cardio in whenever he can. While the changes in his physique have made it easier for him to maneuver, it hasn’t gotten him off the hook.

Mangus is still waiting for his test results. However, it doesn’t seem like he will have to wait much longer because after speaking with him the doctor told him that his heart is looking good and is functioning within normal parameters. He’s also expected to be cleared to play in two to three weeks.

Mangus would love nothing more than to get back on the court and contribute to the tournament he’s been missing. After a practice match with his fitness trainer, the tennis ball never seemed to connect with his racket. His two-year-old son, Oliver, loves watching him play, and he even taught him a few tricks. But in spite of everything, he knows that this is just the next step in his rehabilitation process.

Thoughts so far: So Mangus not only has multiple sclerosis but is also recovering from something? Okay, okay… I’m not shutting this down yet. All sorts of people have all sorts of different stories.

“I know that I’m a long way away from returning to 100 percent, and it’s going to take some time to get my body up to that level. But just to be able to participate in a tournament, to be able to play with the guys out here, you know, the first few matches, it’s a huge milestone for me,” he said. “My time is coming.”

“Coming. Coming. Win!” Oliver said with excitement. His two-year-old spirit was truly showing his excitement for his father playing tennis. Mangus smiled down and carried him off the tennis court and towards the parking lot. Oliver hopped down from his father’s shoulder and took his place next to his mother as they loaded into their car. The sound of the tennis racquet striking the ball echoed in the parking lot as they turned the key.

Next to the high school tennis courts, located at the corner of Trask Parkway and Excalibur Road, sits O’Callaghan’s Pub. On Tuesday, the center court for the weekly “Tennis and Trivia” tournament was littered with used tennis balls. Mangus carried their eager son inside while his wife Iris followed behind.

“I got a lot of flak,” said Mangus, on being informed about the unusual nature of the tournament. “You have to put yourself in the mind of all those people back there who were actually shooting. Even the lawyers who said, ‘I’m not really in the mood for a tournament,’ it was still a pretty substantial number.”

Matt Dowling, a friend and member of the tennis league, said the tournament has had a different course than usual due to the horrible shooting.

Thoughts so far: What is actually happening… from tennis to shooting?

“There’s a couple of divisions, kind of like hockey or soccer” Matt said to Mangus. “Oh well, let’s get some food.”

O’Callaghan’s Pub is also known for its selection of dishes. Matt and Mangus’ family have their favorites but the consensus this evening was to try new things.

The foursome tried O’Callaghan’s Fried Gizzard, a mound of jumbo gizzard served on a bed of hash browns with green peppers and onions. The mouthwatering portion of the dish was well worth the wait as the jumbo gizzard bursts with big chunks of gizzard meat and bacon. The green pepper and onions go a long way to round out the hearty dish.

“Man… that was good” Mangus said to his family and Matt, giving two thumbs up to their waiter. “Now, I think it’s time to go home.”

“Thanks for the food,” Bui said to Mangus.

Mangus then took out some money and gave it to Bui. “But why did you give me money?” Bui asked him. “I didn’t get anything.”

“Well, when you told me you were hungry, I felt bad about that, so I gave you money. But you said you weren’t hungry, so I kept it.” Bui thanked him and began to give him a hug, but Mangus stopped her and gave her a second hug.

“Thank you, too, Mangus,” Bui said. “You are really special.” As Bui and her family got in the van, Mangus and his wife waved as they drove away in their car. “Thank you for helping us,” the girl shouted at Mangus through the open window as he pulled away.

For about a week, Bui paid the families $40 for the trees and the string of lights to get the Christmas tree off the ground, but had to stop when they ran out of money, she said. The family planned to take the tree home after Christmas.

Well, that was fun. As expected, the story went all over the place. All in all, not even mad. We went from multiple sclerosis to rehab to… Christmas.

I hope you enjoyed this AI-generated mess and have fun with this site! There’s a custom prompt option along with some set scenarios/topics you can play with.

At this rate, I don’t think us creators/writers have to worry about being replaced by AI any time soon.