by Juniper Jones 18 days ago in tech

Number One: Speculations as to what the future may hold.The new drive in experience and what it would be like. 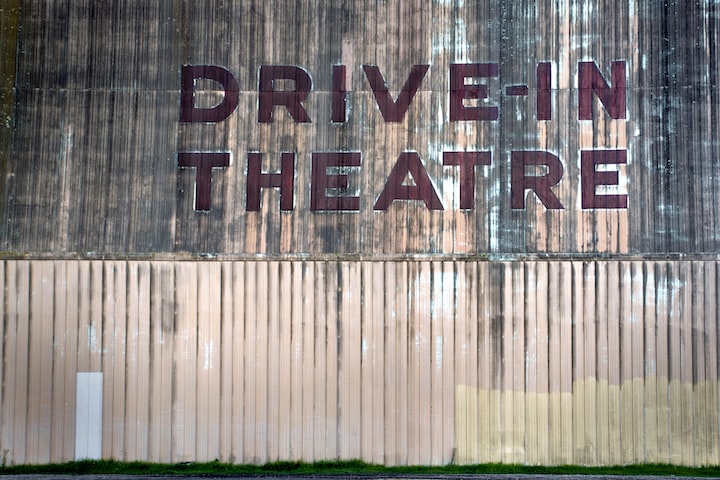 Once I read the post of another this came to mind:

I fully agree that drive-in movies should make a comeback. But why limit yourself to just one location?

My proposition is this:

Why not have a film that is placed on the windshield and side windows to provide a visual surround backdrop that an image could then be projected onto the glass. After the film is finished peel off the backdrops and drive away!

Imagine this: The day is sweltering from the heat and the workday was an average one, yet, it has left you feeling like you want to go out on the town and release some stress. Maybe calling up a friend to go and watch a movie would be a good idea.

After deliberating on it only for a few seconds the idea seems like a solid one and you call up your buddy to meet you.

Picking up the friend went easy and you both decide to try out this new version of what the older relatives have been calling a “Drive-in” and give it a shot.

Pulling up into the “Drive-in” the attendees slap the film on the windows giving the surround feeling.

You would have a “Projector” placed inside the vehicle that would transmit and or transfer the imagery to the film that had been placed on the windshield and front windows. The thickness of the film wouldn’t interfere with lowering the windows either. Just in case you might want to buy some concession food or entertainment, billings etc.. By being completely immersed in the film would definitely get me to go out and experience this firsthand.

The immersion process would be great for those that aspire to meditate and can’t seem to find the time. The vehicle has always been a place for me to unwind and relax and get some alone time. I think it would be wonderful to be able to be transported to another place altogether, at least, for only a few minutes!

This could be bought or rented as a package to those that could afford it. But at least if you wanted to you could rent out the equipment and have it installed for the "event".

The history of the drive in can go all the way back to the 1940's. Then somewhere along the way through the 90’s they all seemed to have disappeared. To be honest, I miss them terribly.

I think the last time I saw a drive - in movie was in the 80's. It was the Neverending Story. To this day I still love that movie. The first of the series and as far as I am concerned the best out of all of them.

The oldest recorded Drive in I have been able to find, that is in Canada, opened in 1955. The only one older being that of The Muskoka Drive-in which was originally opened as a single screen drive-in theater back in 1952. It’s located in Hanover, Ontario.

The potential to be able to have an intimate and even a special event for loved ones at grad or anniversaries has come to mind as well.

This blurb I hope speaks to those that miss and see the need to bring back the atmosphere that is a mixture of camping and theater. Life is about choices and not limiting oneself to only a few. Without choices the experiences of life would not be varied enough. We would most likely expire from sheer boredom. I can only assume.

Yet, back to the task at hand. Remember and retell the story of the Drive-in and hopefully some of the younger generation with the help of the older might be able to surprise us all!

Recreating the feel of the drive-in is something that should be done, and the younger generations have missed out and I would love to see them actually experiencing something like it if not revamped.

The possibilities are endless!

Now wouldn't that be nice!

See all posts by Juniper Jones →