Why Astronomers Are Not a Huge Fan of Elon Musk

by Areeba Merriam 6 months ago in astronomy

A closer look at their concerns about the Starlink broadband constellation. 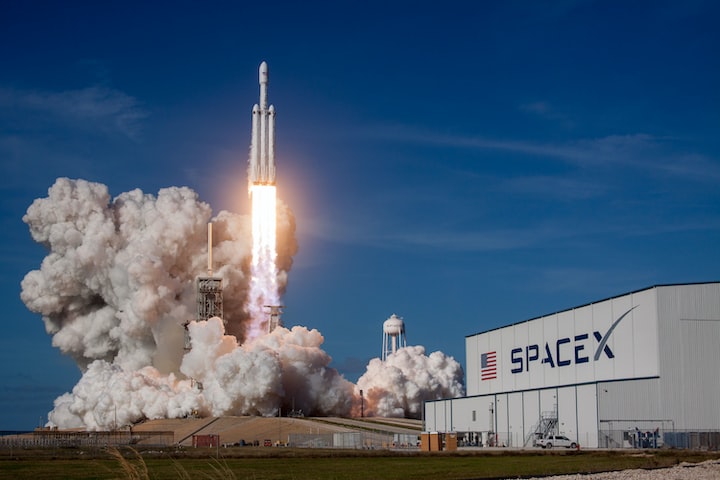 The Starlink satellite constellation is an ambitious project initiated by SpaceX’s CEO Elon Musk to provide high-speed internet anywhere around the globe.

In 2015, Musk announced the startup of the network of communication satellites with a statement that “there is a significant unmet demand for low-cost global broadband capabilities.”

They have launched nearly 600 satellites in low-Earth-orbit (LEO) so far and are planning to extend it to the interconnected network of about 12,000 small satellites. The network of satellites is connected by space lasers. The main concern they have is global connectivity through the world’s largest Low-Earth-orbit broadband constellation.

The service is foreseen to be available in North America and Canada in the following year. This will likely change our rough and ready ways to connect to the internet nowadays in a tremendous way. Musk speaks about it as a grand innovation that could change the way we view and access the world around us.

The first launch happened in May 2019 through a Falcon 9 rocket filled with 60 satellites into space. Each satellite weighs about 260 kgs and is roughly the size of a flattened cab, with a substantial solar panel that reflects sunlight. They have an anticipated lifespan of five years, after that, they will be brought back from the orbit. They are placed into the orbit through the rocket at the altitude of about 300 km above the surface to Earth. Later they move to their feasible orbit using their built-in engine to the elevation of about 550 km. That is why in the starting months they are visible to the naked eye and gives an outstanding view of the beautiful planet parade, as the satellites follow one after the other.

Despite the benefit of beaming high-speed internet to every single point on the globe, it comes with pitfalls, too.

The danger of space junk

One of the concerns about this overwhelming project is the huge number of communication satellites shortly which leads to the considerable risk of them colliding in the orbit. As the collision of two satellites causes the explosion. Leaving behind small pieces of junk material, which is harmful to the working of other satellites, also. Furthermore, one collision risks other collisions. The debris stays in the atmosphere as long as the gravity pulls it back towards the Earth.

According to one space scientist, Musk’s plan could create an impenetrable wall of space junk around our planet and humanity would be trapped there. While they say each of the satellite is equipped with an automated system of stay from other satellites.

Another concern is with the brightness of these highly reflective satellites. So, they may interfere with the astronomical research and beauty of the night sky. As they have turned out to be more reflective than any other object in the Earth orbit.

This isn’t just an upheaval for those of us who like to enjoy the night sky; it’s a more frightening issue for the scientific research community.

With thousands of satellites suspended in the orbits, astronomers who study space, already struggle with the photobombs caused by them. Those who observe data from the distant galaxies, the early universe, the cosmic radiations, or the extrasolar planets must collect facts and details from the farthest regions of the entire universe. To do this, they use huge ground-based telescopes that use to collect light for hours at a time.

When satellites pass through the frame, they disrupt the observation and leaves behind a bright streaky orbital line.

Telescopes usually capture images of the sky with very sensitive cameras. The satellites are so bright, that they over display the camera’s sensors, corrupting the long astronomical exposures. Astronomers have reported that rescuing the data is a real panic for them.

Sometimes it can be saved, but other times, the image is flawed. This isn’t just a complication for optical astronomy, but the frequencies emitted by these satellites influence radio astronomy, as well.

“We certainly knew this was a novel spacecraft design in a novel architecture, but the level of brightness and visibility was a surprise to us.”

Dr. Dave Clements of Imperial College London asserted that SpaceX is applying a typically Silicon Valley approach to Starlink, rushing it through without fully thinking about the consequences.

They wish there were more transparency and communication between Musk’s team and scientists and astronomers.

In response to these concerns, SpaceX has finally announced alterations this year. These adjustments will somehow reduce the interference of satellites with the night sky and astronomical observations. The engineers of the space agency worked with two groups of astronomers to come up with a possible solution.

The first attempt to darken the satellites came when SpaceX launched one with an anti-reflective coating meant to dim the orbiter’s reflectivity.

Now, SpaceX is working towards the refinement of the orientation of the satellites as they hover toward higher orbits. They are planning to make the solar panels edge-on relative to Earth, the result will reflect much less sunlight toward the ground after their initial launch when they are brightest. Additionally, they will bring into play a shield that will block the light from striking the highly reflective receivers in the first place. Somehow, saving the night sky for us.

One of the common things I hear regarding the worries of astronomers is to build more telescopes in space. Like we know the space telescopes like Hubble and its successor James Webb Space Telescope has provided us with startling scientific discoveries. But the time scale to successfully launch and maintain a space telescope is gigantic.

You can use websites like Find Starlink to see when Starlink satellites will be visible up above your location.