What will the future bring

by Zelda Foxx 4 months ago in science fiction
Report Story 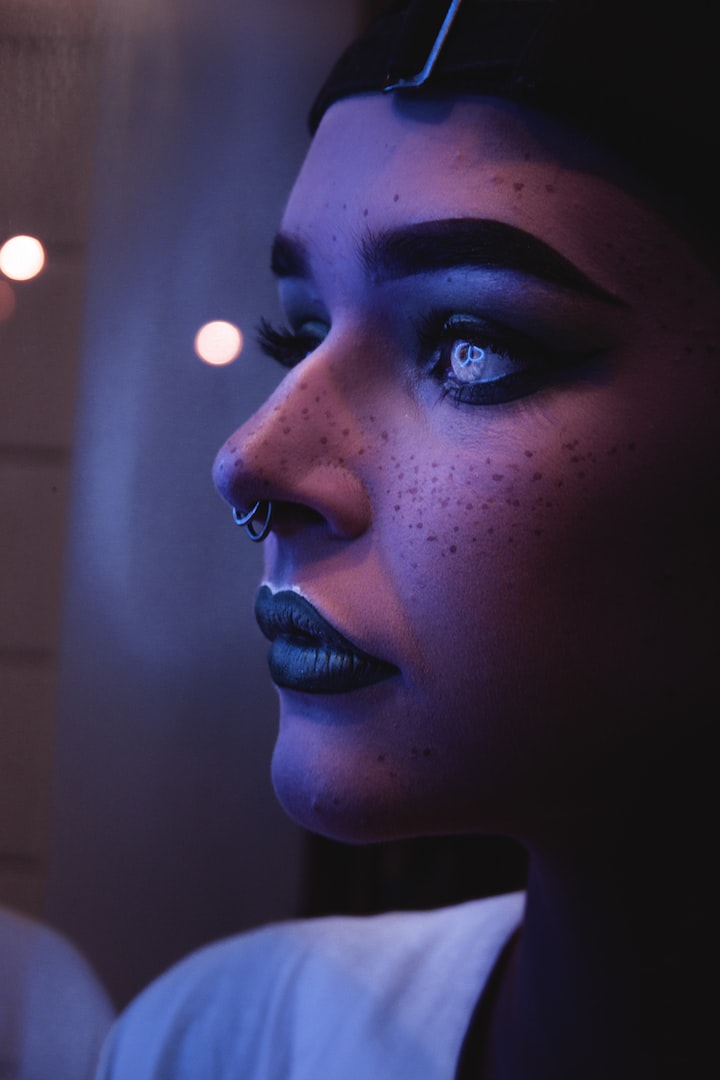 I sat there contemplating that as I stared out the observatory window, my thoughts flowing like subsonic waves, bouncing off whatever they could find. I felt like screaming, and I wondered if anyone would hear me in the blankness of space because I dared not do so in the observatory. I dare not even whisper, as it was not allowed during mandatory quiet time. I wanted to find an answer to the current predicament I was in. I knew I was up for the my second Decision Making process. It would determine what my next career path would be for my middle age years.

I had a good career as an educator of 20 years, training the next generation in a myriad of opportunities, so that they were prepared for their tests that would determine their first decision making process. It was determined, long ago, after the third world war that started with the Great US II Civil War, that people were unhappy with just one career for 30-40 years.

The Great Tribunal that was formed to create world peace. It set up certain protocols that were built upon over the years that became intricately complicated over time. In 2232, over a 100 years later, people's freedom were now so severely limited. But there was always an option the Great Tribunal left open; if people did not want to follow the laws and protocols set forth long ago they could choose to leave the community which had taken over much of the globe and the sky.

There were still places to depart to, where humans could live freely, called the Wilds. The deliberately labeled it this name, I was sure, to instill the greatest fear. The Wild reserves were set far from the Tribunal communities and their lands were reducing over time as more people left the Wilds, and made Amends to rejoin the Tribunals. According to the propaganda of the Tribunal, the Wilds were so cut off from everything and they did not have much to survive on so their people suffered greatly. We grew up watching reels of the horrible living conditions and hovels of the Wild's homes and communities.

If you choose to live away from the Tribunal you were cut off from all resources. You could not trade or work in their communities. Visitation of your family was allowed on a limited basis, but only in a heavily guarded sector, so that Tribunal guards, called Royals, could make sure you were not smuggling goods to your loved ones in the Wild. They also monitored the communications to make sure no one from the Wilds gave false information about how it may be better on the other side because that could never be true.

There was also a small part of a planet they had relegated in space for a Wilds reservation. The Tribunal community was astounded when that was granted. No one was quite sure why that was allowed. Why would the Great Tribunal officials allow their precious resources to go to the Wilds in order to launch into space? Or give them any of their out posts?

But the community all watched in awe one day as several rockets launched into space one day as the Wilds began establishing their presence in space. And I was just about burnt out with the fact that in two weeks there would be a decision made for me for the next stage of my career and I had no say. I wanted to scream right now or talk to a friend about this, but for the next three hours I couldn't even whisper a prayer because religion was outlawed so long ago. Also I dared not talk about any disagreements I had about protocol with a friend because I knew that would get back to an official in my town and they would question me.

If the questions went far enough they may determine that I needed re education and that would tie me up for at least two weeks and I had midterms coming up. Then I would come out of re education camp and they would make a decision on my new career, and I would have to prepare for a new career, and grade midterms that a sub gave? Plus I would have to rush to create sub plans for two weeks while in reeducation camp? I would then have no time to contemplate what I really wanted to do, which was to flee this forsaken place that was leeching away every ounce of my soul and original thought, which is what they counted on. They kept you so busy with the minutiae of life in the community, that you had no time to have any creativity.

There was so much risk in fleeing or denying protocols. I was intelligent enough to know that the whispers of people who actually tried to leave legally never really actually were allowed. They were gently nudged towards re education centers again and again until the acquiesced to the protocols willing again. The society kept us tired and occupied with curriculum about why this society was founded and what would happen if everyone just did what they wanted. I knew if I really wanted to escape, the way out was up to whatever planet the Wilds reserve was on. I needed a sure fire escape route. I knew as a teacher especially they would not let me leave legally. I represented someone who should move up in the ranks. A giver of knowledge should be someone who loved this community and its laws and the peace it brought to the prior chaos the world was in, but that was more that was a 100 years before I was born.

Why should I suffer no freedom for something I was not even given a choice to believe in or not? Of course I did not even know what freedom really meant since I had never even really lived it except in my head. I dared not even write my thoughts down or whisper them to another as I knew that I would taken and immediately re educated. I was a curious child and asked to many questions when learning about our origin history. I spent too many years being re educated before I was even finished with my primary education to the chagrin of my parents. Perhaps that is why they made me a teacher; figuring if I taught enough students enough different areas of content I would be kept too busy with my curious brain that would satisfy my intelligence. It didn't, but I learned to shut up and sit back and observe.

I started hanging around the monitored visitor centers where those from the Wilds visited and carefully tapping into their communications with undetected devices I carefully crafted. I placed them on the visitors so I can track their comings and goings so I knew where their reserves were. I listened to the carefully coded and worded messages from a young age. It did not take me long to figure out they were in code, and that there was more to the Wilds civilization then the Tribunal let on. I covered my involvement there as a volunteer. Telling officials I wanted to make amends for my forward speech and not fully understanding the greatness of the peace the Tribunal brought us. How better to learn than to witness first hand how ragged and horrible the Wild people were? They let me hang around bringing water to the Royals. I was almost a mascot. They would give me confiscated chocolate and tussle my hair and severely warn me not to turn out like those little hellion Wild children that ran about and looked so free. Although, I mourned and wished I could be them.

Then I grew and I was given the title of teacher and I taught the Tribunal children and I loved them, but I mourned what I taught them. I taught them subject matter that prepared them for a series of different tests, and each test honed in on what their interests might be, but no one ever asked the child. Eventually a committee would take those tests and scores and make a decision and give that child at 18 a job, and that child would work that job for the next 20 years, until another series of tests, and then another Decision Making Process. Then retirement. In retirement you had more time to travel planets and enjoy and children you were allowed to have or if you were lucky grandchildren. You were allowed to volunteer and still be of service, but mostly you are just seen as in the way. Old people should be seen and not heard unless they are in the top ranks, until they fade away into nursing centers and death.

There was no more art or writing. There was some music, but only select types of music was allowed that was pre approved by the Tribunal. We learned in History that there was all sorts of types of literature, art, writing, and different of music at one point, but the Tribunal determined that is what caused the war. Creativity caused too much difference of opinion as did curiosity. Only logic and reason were allowed now. Basically you worked to serve the greater good of keeping the community running, whether through technological development or the teaching of technological development. We were little more then machines at this point. Feelings were allowed for your family unit, but not creativity. Harmony reigned supreme and everything you needed was provided for you, so there was no fighting over resources, but there also seemed to be no enjoyment either.

I looked up at the sky as a supply rocket launched somewhere towards a far planet. I know by my last calculations where it was going. I still kept secret tabs on the Wilds reserve. I knew it was risky, but my soul felt it was dying and I knew I would have to come to a decision soon whether I would be hiding out on that rocket next week when it launched again and leave everything I ever knew behind.

Man I wished I could be floating in space and let out just one mighty fine scream.

More stories from Zelda Foxx and writers in Futurism and other communities.