What Will the Car-Free Cities of the Future Look Like?

by Amy Mercer 4 months ago in future 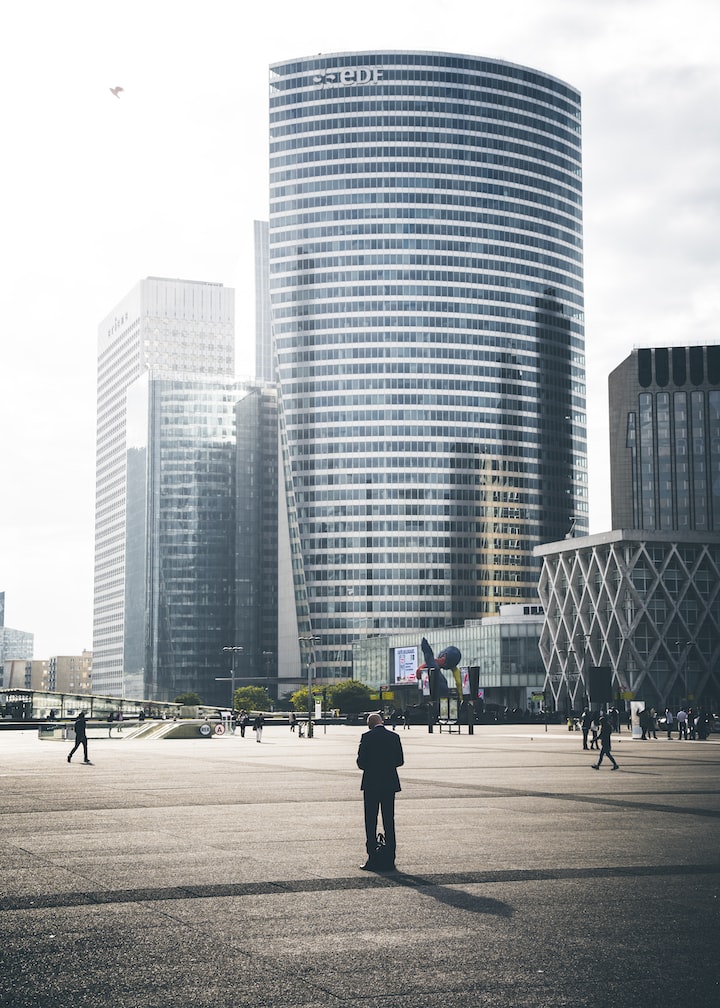 Photo by Kasper Rasmussen on Unsplash

Dense congestion in cities, dangerously poor air quality, and environmental damage — the excessive use of cars within cities links all of these major concerns. In February this year, the UK announced plans to bring forward the ban on the production of new diesel and petrol cars to 2035. To many, this move may seem radical, but with the mounting pressure on governments around the world to take action against the climate crisis, urgent measures like this one are a necessity.

Motorists have come under particular scrutiny in relation to the environment. After domestic and long haul flights, single-passenger cars were found to be the mode of transport that produced the most CO2 emissions in the UK in 2019. This factor, paired with the growing concerns over damaging air quality, has resulted in many cities (such as Birmingham, UK) introducing Clean Air Zone taxes and reassessing other options.

It is likely that the UK will soon follow in the footsteps of other European cities such as Munich and Barcelona and ban the use of diesel and petrol cars in city centres. Mexico City, Paris, and Athens have also all pledges to implement such bans by 2025 and, for the sake of the environment, we couldn’t follow these actions quick enough.

So, what will these car-free cities look like? And how will these policies change our city-centre commutes?

Will the bike replace the car?

Many countries such as the Netherlands and China are already leading the way in terms of cycling infrastructure. With impending car bans and growing concerns about the environment, we can certainly see why! It has been found that making the change from a car to a bike saves 150g of CO2 per kilometre. In fact, Dutch people manage to avoid 1.41 million tonnes of CO2 each year through cycling — the equivalent to 54.4 million trees being planted.

As it stands, cycling is already a popular way for people to get around, and with many companies endorsing cycle to work schemes, this popularity is only increasing. Currently, bikes and e-bikes make up six per cent of miles travelled in cities around the world. Scientists have speculated that if bikes make up 14 per cent of these journeys by 2050, we’d see an 11 per cent decrease in carbon emissions.

It isn’t only worth it for the environmental impact either. Cycling has been proven to put you at a lower risk of cancer and cardiovascular disease in comparison to commuting by car. So, for your physical health, mental health, and the environment, why not consider making this switch early and get ahead of the game?

Will public transport be free?

Another viable option for car-free ‘future cities’ is free public transport. To truly kick our car habit and drastically reduce carbon emissions, countries need to offer incentives and tempting alternatives to jumping being the wheel every day. Some cities, such as Tallinn and Dunkirk, have already taken the free public transport option for a spin.

The main reason why public transport is currently failing to entice commuters is a matter of cost. When questioned why they chose to drive instead of using public transport, 39 per cent of respondents in the UK identified ‘higher fares’ as the main reason. This comes as no surprise, as high costs have become a major limitation to current public systems all over the world. On average, a journey via bus, metro, or train will set users back £4.39 in London (decidedly the most expensive place to use public transport in the world), £4.21 in Stockholm, £3.60 in Copenhagen, £3.48 in Oslo, and £2.89 in Berlin. These costs really rack up, causing many commuters to defect to the car — even if they’re the only passenger.

Free public transport may seem like a utopian ideal, but it is a real option and has seen great success in cities such as Tallinn. Edgar Savisaar, the then Mayor of Tallinn, celebrated the scheme, saying: “First of all, citizens have more mobility options in town. Secondly, there are environmental benefits, as air quality is getting better. Thirdly, there are major improvements in the traffic flow.”

Both an increased cycling infrastructure and an improved, free (or at least cheap), public transport are set to be real contenders to the car. Both on a countrywide and on a personal level, we need to adapt and consider new modes of transport that could benefit both our finances and the environment. If there is one thing we’ve learnt from the current state of lockdown, it’s that halting the climate crisis in its tracks is certainly possible. We’ve seen emissions drop drastically all over the world, largely due to decreased traffic on the roads. We may be facing a car-free future on the other side of this, so it’s a perfect time to invest in an electric mountain bike or consider your public transport options.

See all posts by Amy Mercer →