What Is the Bridgewater Triangle and Why Are People Afraid of It?

by Amber Blaize about a year ago in extraterrestrial

Just what is going on in Massachusetts? 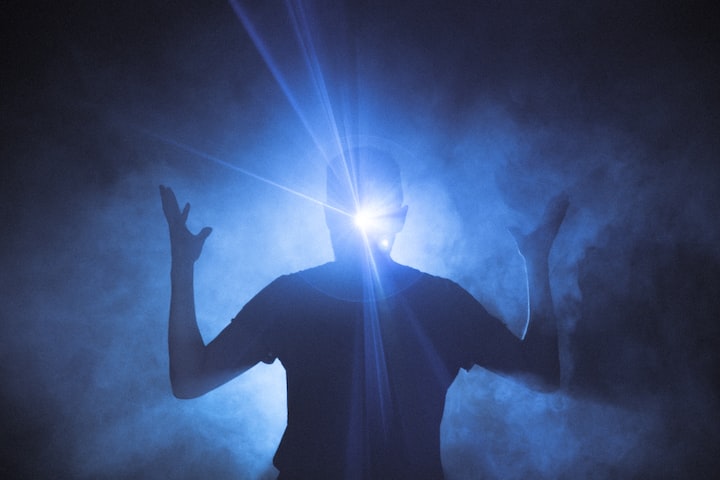 Photo by Artem Kovalev on Unsplash

We’ve all heard of the Bermuda Triangle. The unexplained area where Amelia Earhart and others mysteriously vanished.

Did you know Massachusetts has its own version, complete with a lengthy list of unexplained phenomenon?

In 1980, cryptozoologist and folklorist Loren Coleman brought attention to a 200 square-mile area in Eastern Massachusetts, that is a hot spot for the unexplainable, in his book Mysterious America. In it he outlined an area from Abington, Rehoboth, and Freetown, delineating the borders of the triangle.

For years, paranormal experts, ghost hunters and anyone interested in the unexplained have flocked to visit the “Bridgewater Triangle”.

The area features a number of locations believed to possess energy, unlike any other.

At the middle of the triangle is Hockomock Swamp.

The swamp serves as a sort of sponge for rainwater and melting snow, thus protecting the surrounding areas from flooding. As such, the swamp represents the largest wetland system in Massachusetts. It is rich in animal, plant, and geologic diversity. It was labelled ‘’Area of Critical Environmental Concern” in 1990.

And it’s dense surroundings mean it’s very difficult to navigate, and this leads a belief that unidentified creatures lurk in the swamp.

From about 300 AD to Colonial times, Native Americans depended on the swamp as an abundant source of game.

These people revered the swamp for its bounty and used some areas for sacred burial grounds. Human artefacts discovered in the swamp, have been dated around 9,000 years old.

The Wampanoag both worshipped and feared the area, as they believed Hobomock, chief deity of death and disease, lived in the swamp. Among many Algonquian tribes, Hobomock was often destructive and evil. He was the opposition to Kautantowit, the great creator god.

The Wampanoag named the swamp Hockomock, which in Algonquin (a large subfamily of Native American languages) means “place where spirits dwell”.

And there’s been reports of pretty much everything you can imagine.

In 1980, Police sergeant Thomas Downey saw a six-foot-tall winged creature. Some believe that he saw a Thunderbird, which is prominent in Native American mythology. Others suggest it could be a Pterodactyl.

The hospital itself consisted of fifteen buildings, a few of which are still in use today.

The architect responsible for the building, based his design on the revolutionary ideas of Dr Thomas Kirkbridge. Many of the buildings based on Kirkbridge’s designs are now believed to be haunted. His legacy seems to be designing buildings that trap spirits and attract the paranormal.

Danvers State Hospital is widely considered the most haunted building in Massachusetts, and the number of structures linked to Kirkbridge that are believed haunted has led to rumours Kirkbridge’s had dealing with the occult.

Visitors to the Taunton State Hospital report strange happenings. There are reports of unseen entities touching or pulling visitors to the hospital.

The Hockomock Swamp was the final holdout for Metacomet and his warriors in the days leading up to their annihilation by the English.

If you visit King Philip’s cave, you can rest where Metacomet, spent one of his final nights.

The cave is so named because Metacomet, the Wampanoag, chief of the Massachusetts Wampanoags, was known as “King Phillip”.

By the end of King Philip’s war, nearly 3,000 Wampanoag men, women and children were killed or sold onto slave ships headed for the West Indies.

The landscape is dotted with their stone monuments.

Profile Rock in Freetown is a natural formation which resembles a human face, watching over the woods.

Locals claim the natives believed the face to be an image of Chief Massasoit, Philip’s father.

The Wampanoag people have long considered the rock as sacred. The spirits of Native American Warriors have been reported to dance around the rock. Other reports tell of strange glowing orbs of light and disembodied voices.

Profile Rock is a location also linked to murders and satanic activity. Some paranormal experts believe there is a strong, negative energy that encompasses the forest.

Due to its macabre history, the forest is synonymous with the “Bridgewater Triangle”.

Her body was later found tied to a tree in the State Forest.

James M. Kater, who had been previous convictions for kidnapping in 1967, was found guilty of kidnapping and murder.

However, the Massachusetts Supreme Judicial Court overturned the verdict on appeal. Kater argued the defence should not be allowed to produce information on his previous convictions, as evidence.

Kater was tried and convicted again in 1986, and again he appealed and the verdict was once again overturned.

Kater was retried in 1992, with that attempt also ending in a mistrial. Kater’s argument was the prosecution used evidence of his 1969 conviction, in which he attacked a 13-year-old her and tied her to a tree.

He was tried a fourth time in 1996 & convicted of strangling Arruda and sentenced to a life sentence without parole. He appealed again and the SJC upheld his sentence and refused his appeal.

In 1980, while investigating another local murder, police were approached by witnesses of Satanic cult activity within the state forest.

These reports would have bearing on the fourth Kater trial (1996–2000) which ended with the conviction upheld.

In the 1996 trial, the defence stated that police had withheld information relating to the alleged Satanic cult activity, which it claimed could have provided an alternative to Kater.

Three more murders were also linked to the forest.

In 1987, a drifter mistaken for an undercover police officer was murdered. Two men were found dead, having been shot, on Bell Rock Road, in 2001. Two assaults were also reported: a man in 1991 and a teenager in 1998.

There is a well-known stretch along Route 44 in Seekonk

where the “red-headed hitchhiker” has also become a common sight. Motorists have reported seeing a man with long, red hair and a full beard walking along the roadside. When they stop to pick him up, the man disappears. Others have reported he manifests in front of their vehicle and they have driven through the spirit. Some have claimed they have picked him up before he disappears from their vehicle.

Some travellers using Copicut Road have reported a large truck that tailgates them, blasting its horn. The truck then disappears without a trace leaving the terrified drivers confused.

Hornbine School, located in Rehoboth, was built in the 1840s and used as such until it closed in 1937.

Visitors are still allowed by appointment and several have reported hearing voices and seeing ghosts in the school. Some believe the spirits were disturbed when the building was renovated in 1968.

In West Bridgewater, Comfort Bridge is made of three large boulders and crosses the river.

Solitude Rock, which formed the south side of the bridge, bears an inscription from 1862.

It is believed to have been carved by Reverend Timothy Otis Paine of the New Church of Jerusalem.

It is a Christian sect founded on the principles of the occultist Emmanuel Swedenborg, whose philosophies purportedly influenced Freemasonry.

Swedenborg asserted that the physical world was the result of spiritual causes and the laws of nature reflections of spiritual laws.

Lost for nearly a century beneath moss and overgrowth, the 150-year-old inscription reads:

All ye, who in future days,

Love not him who hummed his lay

Cheerful to the parting beam,

But the Beauty that he wooed,

In this quiet solitude.

One of the most interesting spots is Dighton Rock.

The slanted, 40 ton, six-sided boulder is approximately five feet high, nine and a half feet wide, and eleven feet long.

It is covered in figures of people, animals, and symbols. The origin and meaning of the markings have been the subject of debate for more than 300 years.

Speculations have been made about the markings, but their identity has never been determined. Theorists have attributed them to ancient Native Americans, Phoenicians, Norse, colonial Portuguese, and even medieval Chinese sailors.

In the 1950s the stone was removed from the river by crane and deposited on the shore, where a museum was built around it. Today, a small group of locals run the museum. They organise talks exploring the history of the area, and the theories surrounding the stone and its markings.

The forest has been known for cult activity, which is believed to have included animal sacrifice and ritualistic murders committed by Satanists.

In the 1990s, mutilated animals were found that were believed to have been the work of one of these cults.

Early on, the forest was said to have been home to a race of diminutive humanoid creatures known as Pukwudgies.

A Pukwudgie, also spelt Puk-Wudjie, translated as “little wild man of the woods that vanishes”, is a human-like creature. It is well known in Delaware and Wampanoag folklore and said to be 120 to 150 cm tall. They are troll-like creatures, with smooth hairy grey skin and large ears.

Pukwudgies can appear and disappear at will, lure people to their deaths, use magic, poison arrows, and create fires.

Native Americans believed they were once friendly to humans, but then turned against them, and should be left alone.

Well known for kidnapping people, they are believed to be responsible for many missing people.

Pukwudgies aside, there are places in the forest that are believed possessed by a dark power.

One of these places is a 90-foot deep rock quarry known as the Assonet Ledge.

Also known as “The Ledge”, it is a scar left behind in the 1800s by the Fall River Granite Company.

People talk of feeling a sense of dread when venturing near the ledge. Many report having compelling urges to jump and some have actually jumped off, to their deaths.

The remote location is the site of reported sightings of the ghosts of those who jumped. They are said to stand atop the ledge and leap off before disappearing.

John Brightman, from the New England Paranormal Research Group, reported that when he visited, a spirit had told him to “jump or leave”.

The Triangle is also a hot spot of UFO sightings. The first sighting documented was in 1760 and numerous others followed.

In 1908, a UFO sighting was documented in the local newspapers.

1968, saw five people claiming they saw a strange ball of light floating above the trees in Rehoboth.

Two UFOs were reported in 1976, with witnesses claiming they landed along Route 44 near Taunton.

In the summer of 1999, a UFO was reported near Lake Nippenicket.

There is no explanation for why this area has been subject to strange phenomena for so many years.

Some say that the area was cursed by Native Americans because the land was taken from the Wampanoag people.

Others believe that the area permeates negative energy because of the brutal conflict during King Philip’s War.

And some believe that the area contains a vortex where the laws of gravity don’t operate in the ways of our natural world.

In 2019, The Bridgewater Triangle, New England’s great mystery zone, made its way to the small screen.

The horror-thriller The Bridgewater Triangle was produced by Noah Hawley, who is known for his work on the popular shows Bones and Fargo.

The series gives viewers a glimpse at an apocalyptic event that affects the communities within the triangle. In the show, based on Brian Miller’s short story, only three estranged siblings can end the terror.

It’s not the first time The Bridgewater Triangle has been investigated.

In 2013, Aaron Cadieux directed a documentary, including first-hand accounts of unusual activity in the area.

But to date, they all remain folklore, myths and legends as there is no solid evidence or explanation behind any of these sightings or events.