What is Artificial Intelligence, and how does it work? 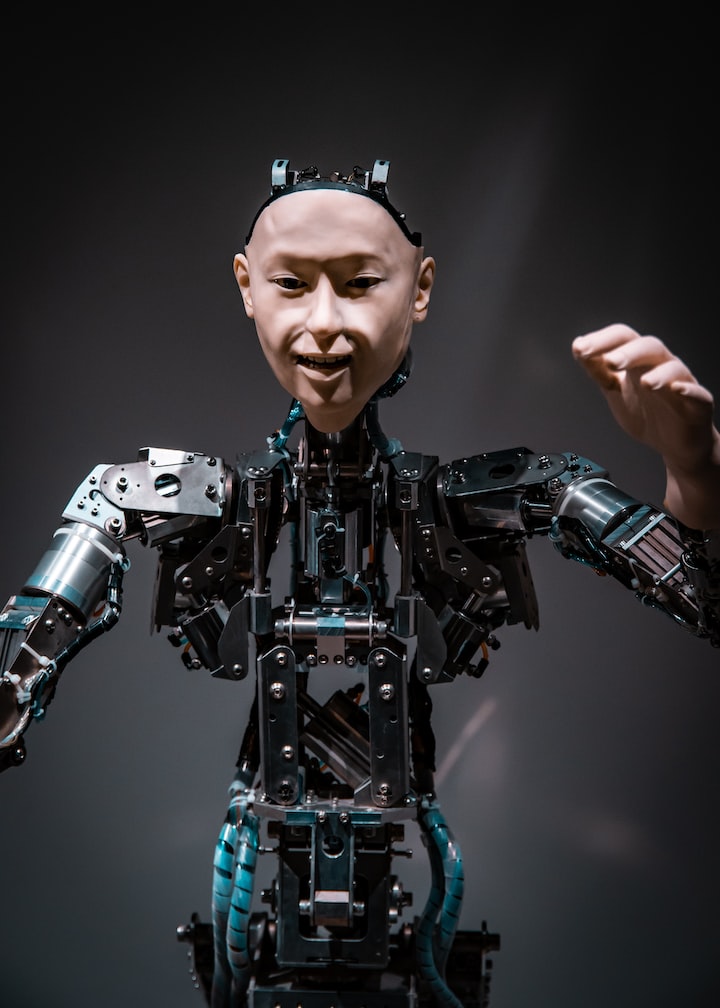 Photo by Maximalfocus on Unsplash

What is Artificial Intelligence, and how does it work?

The definition of AI has evolved throughout time, but at its foundation has always been the goal of creating robots that are capable of thinking like humans.

After all, humans have demonstrated an unrivaled ability to analyze the world around us and use the knowledge we gather to influence change. It makes sense to use ourselves as a template if we want to construct machines to assist us do this more effectively. AI might thus be defined as the use of digital, binary logic to simulate the capacity for abstract, creative, deductive cognition – and, in particular, the ability to learn.

AI research and development is divided into two branches. One is dubbed "applied AI," and it employs these ideas of replicating human reasoning to do a single task. The other is "generalised AI," which seeks to produce machine intelligence capable of doing any task, similar to humans.

In the financial sector, it is used for anything from fraud detection to enhancing customer service by anticipating what services clients will want. It's used in industry to manage workforces and production processes, as well as identify errors before they happen, allowing for predictive maintenance.

In the consumer world, AI is powering an increasing amount of the technology we use in our daily lives, from smartphone assistants like Apple's Siri and Google's Google Assistant to self-driving and autonomous automobiles, which many think could outnumber humanly driven cars within our lifetimes.

Artificial narrow intelligence (ANI), sometimes known as "applied" AI, is a type of artificial intelligence that is meant to do a specialized problem-solving or reasoning activity. The current state-of-the-art is as follows. Even today's most powerful AI systems, such as Google's AlphaGo, are still "narrow." They can extend pattern recognition to some extent, for example, by transferring knowledge gained in image recognition to speech recognition. Human intelligence, on the other hand, is far more adaptive.

A (hypothetical) AGI is frequently compared with applied AI. Autonomous robots would be able to take general intelligent action as a result of AGI. They would generalize and abstract learning across diverse cognitive functions, just like humans. AGI would have a strong associative memory as well as the ability to judge and make decisions. It could solve complicated issues, learn from books or experiences, develop concepts, see the world and itself, innovate and be creative, respond to the unexpected in complex surroundings, and predict. When it comes to a prospective AGI, there are many different points of view. Experts warn that debates about time scales should be realistic. They all believe that ANI will open up a slew of new possibilities, dangers, and problems. They also believe that the emergence of an AGI, maybe in the twenty-first century, will dramatically intensify these effects.

What does AI's future hold?

Real concerns have been expressed, not only by apocalyptic sci-fi films like The Matrix or The Terminator, but also by respected scientists like Stephen Hawking, that the development of intelligence that equals or exceeds our own but has the ability to work at much faster speeds may have negative consequences for humanity's future.

Even if robots don't exterminate humanity or transform us into living batteries, a less dramatic but nonetheless terrifying prospect is that automation of mental and physical labor will result in major societal upheaval - for the better or for the worse.

This reasonable fear led to the formation of the Partnership in AI last year by a group of corporate heavyweights including Google, IBM, Microsoft, Facebook, and Amazon. This group will conduct a study and advocate for ethical AI implementations, as well as provide criteria for future robot and AI research and deployment.

What are the many forms of AI?

Narrow AI is what we see today in computers: intelligent systems that have been taught or learnt how to do specific tasks without being explicitly programmed to do so.

This form of machine intelligence is visible in the Siri virtual assistant on the Apple iPhone's voice and language recognition, vision-recognition systems on self-driving cars, and recommendation engines that suggest things you might enjoy based on what you've purchased in the past. Unlike humans, these systems can only learn or be taught how to execute certain tasks, which is why they are referred to as narrow AI.

General AI, on the other hand, is the adaptable intelligence seen in humans, a flexible sort of intelligence capable of learning how to perform a wide range of jobs, from haircutting to spreadsheet creation, and reasoning about a wide range of topics based on its acquired experience.

The letter A is underlined. Is the system is a machine-based system that can generate predictions, suggestions, or judgments that influence real or virtual environments for a set of human-defined objectives. It accomplishes this by employing machine and/or human-based inputs to perceive actual and/or virtual surroundings; ii) abstract such perceptions into models by automated analysis (e.g., with machine learning or manually); and 3)) utilize model inference to generate information or action alternatives. AI systems are built to have varying degrees of autonomy.

What are the different kinds of AI?

It's based on Darwin's natural selection theory. In order to evolve the best solution to a problem, genetic algorithms are subjected to random mutations and combinations across generations.

This method has even been utilized to assist in the construction of AI models, effectively utilizing AI to assist in the development of AI. Neuroevolution is the process of using evolutionary algorithms to optimize neural networks. When the usage of intelligent systems grows, it might play a significant role in assisting in the design of effective AI, especially as demand for data scientists typically exceeds supply. Uber AI Labs published articles on utilizing genetic algorithms to train deep neural networks for reinforcement learning challenges, demonstrating the approach.

Finally, expert systems are computers that have been built with rules that allow them to make a series of judgments based on a huge number of inputs, simulating the behavior of a human expert in a particular topic. An autopilot system piloting a plane might be an example of these knowledge-based systems.

What are the top AI companies?

Each major IT corporation is striving to build powerful machine-learning technology for use in-house and to sell to the public via cloud services, with AI playing an increasingly important part in current software and services.

Each often creates news for breaking new ground in AI research, but it is Google's DeepMind AI AlphaFold and AlphaGo systems that have had the largest impact on popular awareness of AI.

The AI model, a representation of all or part of the system's external environment that explains the environment's structure and/or dynamics, is at the heart of an AI system. Humans and/or automated tools can create models based on expert knowledge and/or data (e.g. ML algorithms). The construction process is guided by objectives (e.g. output variables) and performance metrics (e.g. accuracy, training resources, dataset representativeness). The process through which people and/or automated technologies deduce an outcome from a model is known as model inference. These might take the shape of suggestions, forecasts, or choices. The execution is guided by objectives and performance measurements. A model can make a single suggestion in some instances (for example, deterministic rules). A model can provide a range of suggestions in different instances (for example, probabilistic models). These suggestions are linked to various degrees of performance indicators, such as level of confidence, robustness, or risk. It is sometimes possible to explain why particular recommendations are made throughout the interpretation process. In other circumstances, it's nearly hard to explain.

All of the major cloud platforms, including Amazon Web Services, Microsoft Azure, and Google Cloud Platform, provide access to GPU arrays for training and running machine-learning models, with Google also planning to allow users to use Tensor Processing Units, which are custom chips designed specifically for training and running machine-learning models.

The big three provide all of the necessary associated infrastructure and services, including cloud-based data stores capable of holding the massive amounts of data required to train machine-learning models, services to transform data to prepare it for analysis, visualization tools to clearly display the results, and software that simplifies model building.

These cloud platforms are also making it easier to create unique machine-learning models, with Google launching Cloud AutoML, a tool that automates the building of AI models. This drag-and-drop solution creates unique image-recognition models and requires no machine-learning skills from the user.

Machine-learning services on the cloud are constantly improving. Amazon now provides a slew of AWS services meant to speed up the process of training machine-learning models, including Amazon SageMaker Clarify, a tool that assists businesses in identifying biases and imbalances in training data that might lead to erroneous predictions by the trained model.

More stories from Dhruv Patel and writers in Futurism and other communities.