What are Neutron Star?

by Hardik Jagtap about a month ago in space

In my previous story, I explained how a white dwarf is formed. A white dwarf is what our glorious Sun will turn into. In that article, there are a few important things to know. Here they are:

1: Nuclear fusion is when two elements fuse together to create a heavier element.

2: To stop a star from collapsing under it's own gravitational pull, there has to be something to counter it, that being energy released from nuclear fusion. 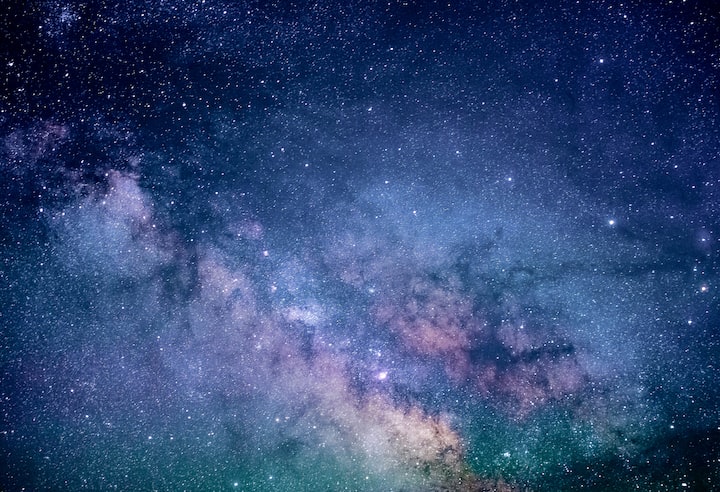 By Jeremy Thomas on Unsplash

If anyone hasn't read my first story about Red Dwarf stars, stars are formed when there are knots in molecular clouds. Molecular clouds are generally made of hydrogen, helium and a bit of lithium and beryllium. When these knots collapse, a protostar is born. For s star to become a 'star', it needs to reach the main sequence phase which is when hydrogen fuses helium.

For a star to turn into a Neutron Star, they need to have a mass 4 to 8 times our Sun. As mentioned previously, stars require nuclear fusion to counteract gravity. Stars at the start of their life are generally composed of hydrogen as that was the main element created during the Big Bang. When they get hot enough, they start fusing hydrogen atoms into helium atoms through a complicated process.

The process then continues, helium to lithium. Lithium to beryllium and so on until every single element has fused until the 26th element, Iron. Iron is an element which is so stable, the energy required to fuse them is so immense that stars simply can not provide enough heat to fuse this element.

As you may have guessed, the star now has no way to counter gravity. But, Neutron Stars are unique. When gravity begins compressing the core, the core becomes so compressed that protons and electrons begin to fuse into neutrons leaving an iron core. Eventually, the the star collapses on its core and rebounds in a mighty explosion called a supernova. Supernovas have the power to outshine galaxies.

The remainder is what is called a neutron star! Neutron stars are one of the most densest objects in our universe, black holes being the dominant body. A simple sugar cube of neutron star matter would weigh around 100 million tonnes. Our Earth weights 13 billion trillions.

When neutron stars are formed, they begin spinning at extreme speeds. Their magnetic fields are extremely strong and because of this, they send pulses. That is how we detect them.

But this may not be the end of a Neutron star's life. If two of these stars are close enough, they can begin orbiting each other. If they are even closer, they can smash into each other creating yet another explosion although, it is not called a supernova. This time, they explode in a kilonova! A kilonova event was actually detected in the year of 2017 by LIGO and Virgo.

An interesting thing to keep in mind is that most of the heavier elements in the universe are formed by kilonova explosions such as gold, platinum and more. All elements after iron are formed by either supernovas or kilonovas.

Thank you for reading my story! I would like to thank Kurzgesagt- In a Nutshell (YouTube channel) for a majority of the information.

Not too sure if this was a source: