Veiling in the Pagan World

by Amanda Jeffery 7 months ago in religion

How veiling is making a comeback in the pagan community 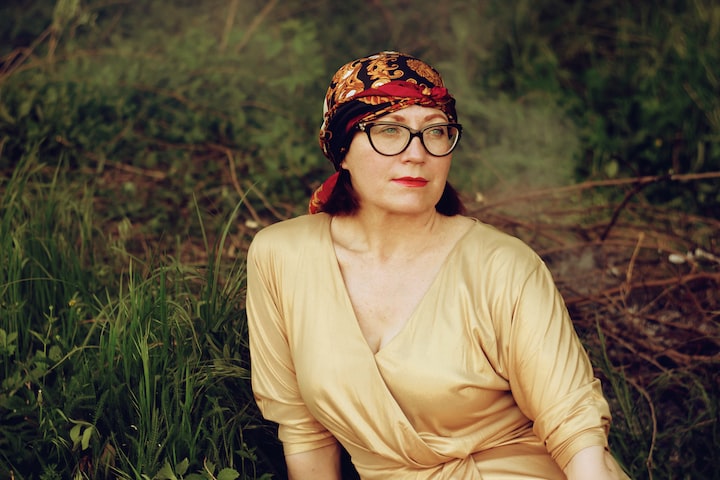 Photo by Maria Lupan on Unsplash

When people see the word veiling they usually think of a couple of different scenarios. First might be a blushing bride on her wedding day, hiding her face for good luck. Another might be a mother hiding her face as she mourns the death of her child.

Typically, veiling is associated with Abrahamic religions, but it’s becoming something that is more widely used in the Pagan community.

According to Dictionary.com, the definition of veiling is “An act of covering with or as if with a veil.”

This is a broad definition that covers many different techniques that people have used over the centuries to limit access to sights of themselves.

In the Pagan community, the veil is donned as a spiritual act. Some deities, such as Hestia, are known as veiled deities. As such, some of the people that work with her will choose to veil.

When a person chooses to veil depends on their personal path. Some will veil during ceremonies, others during spells, and yet others will stay veiled any time they are out in public.

In this case, the act of veiling doesn’t necessarily mean covering the face. Unlike the burqa of Islam, a pagan veil is typically used to cover only hair, though on some paths it may be used for facial coverings as well. Also, both men and women may adhere to this type of worship.

In women, it can be seen through complete head wraps, other times it’s a partial covering of the hair. YouTuber C’est Bon Bon talks about her veil in her video. There she speaks about why she uses it and how she cleanses it and prepares it for wearing.

The topic of veiling has been a sensitive one, especially for women. There have been many women who see veiling as oppressive, a reminder of a time when women were viewed as property and were not to be seen except by their husbands. Others see it as a sign of maturity and growth, younger girls keep their hair long, while mature, married women, keep it under a wrap.

The magickal reasoning for using a veil is usually either to work with a deity or to protect one’s self from negativity or other harmful energies. Some pagans have claimed that it has reduced the number of headaches they get because they are using it as part of their shielding process.

There are many ways to veil. Most common is a headscarf or other piece of material wrapped around the head of the practitioner. Wide, fabric hair bands are also acceptable. Some will use a wig or a snood, both of which still provide a covering for the head.

Pagan men who veil also might wear head scarves, but other acceptable options are beanies or toques.

While veiling is as personal a choice as the spiritual journey of every person, it may become a more common sight as paganism grows worldwide.

For those who are interested in veiling and looking for different ways to do it, there are tutorials available on YouTube.

Amanda is a creative writer, journalist and witch. She has been writing since she was knee high to a grasshopper, and is a freelance writer. She has published a fantasy novelette, The Fourth Year Spell, which can be found on Amazon.