by Nathan Davenport 2 months ago in science fiction
Report Story 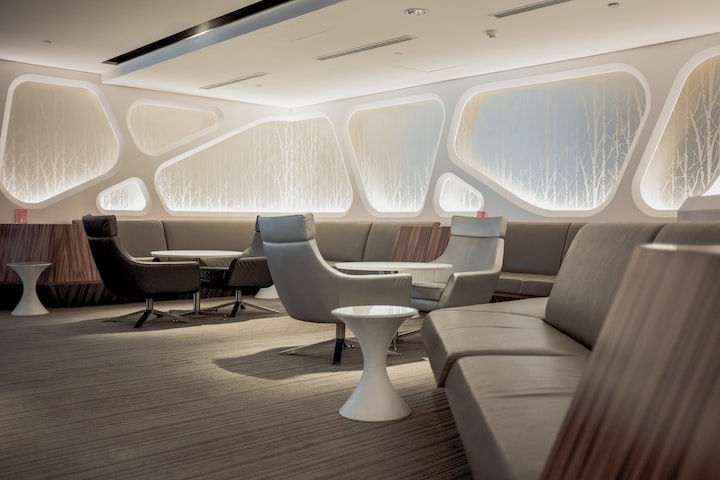 Photo by mark chaves on Unsplash

Nobody can hear a scream in the vacuum of space, or so they say. She stared at the screen wrapped around the inside of the canopy; advanced sensors on the exterior of her spacecraft fed everything outside the craft.

The debris field stretched kilometers from the hull breach; its ripped metal edges stretched outward like tendrils reaching out to the pieces drifting further with every passing second. Emilie held back tears as she imagined people pulled into the void, their faces contorted into silent screams. She blinked rapidly and diverted her eyes to the spherical object nestled into a docking port, a half-sphere divot beneath the screen.

The black sphere looked back with blue digital eyes and a smile; the face wiggled as if excited. Emilie inhaled deeply, the scent of stale air assailed her nose. ”Alright, Buddy. Let’s get started.” The face squished as her AI companion imitated a nod. She turned her focus to the controls and rapidly flicked a few switches. The pilots chair rolled backwards and swiveled to face the corridor behind her as Buddy disconnected himself from the docking port. A rhythmic thrum intensified as he floated upward, keeping pace beside her as she walked down the corridor. She stopped at the second door. A small screen, attached to the frame, displayed the outline of a slender hand. She pressed her palm to it and felt warmth penetrate her skin. The door opened after three rapid chirps and a hydraulic hiss. The equipment room lights flickered to life. Glass displays adorned the walls, a built-in screen, with the outline of a hand, separated each display; the contents neatly organized.

Emilie turned left as she entered the room. She stopped at the computer as Buddy nestled into another docking port. A curved screen, at eye level, hung from the wall. A plastic cylinder, with a rounded and tapered end, protruded from the desk at a forty-five-degree angle. Wrapped around it was a flexible, transparent arm wrap. She picked it up, rolled up the sleeve of her shirt, and slid it on her left forearm over the black skin tight suit.

“Upload the scans, Buddy.” Buddy’s face transitioned to a thin lined circle. Emilie watched as, starting at the top point, the thin line enlarged. After a few seconds she placed her hand on a scanner in the bottom corner of the desk. A glass covered drawer slid out with a handful of devices inside; their labels displayed across the glass. She opened the display and released the thin rod from the clamps. She observed it for a moment then tapped it against the arm wrap. After a dull blue pulse a few small mechanical arms splayed from the tip to reveal a variety of ends. One by one the motors of each arm whirred as their motions were tested. Once complete she secured it into the clamps on the small of her back.

“Buddy, how long until the upload is done?” She looked up to the computer. Buddy was nestled into the half sphere socket, his digitized face idly emoting. It transitioned to the thin ring, now a quarter of it enlarged, then returned with a smile. “Keep me updated.” Emilie laughed as she looked back into the display and pulled a small energy pistol from the drawer. She checked the batteries charge and holstered it onto her thigh, then closed the display.

“Basics are taken care of.” She turned to Buddy who nodded with an agreeable smile. She turned to face the other displays, index and thumb caressing her chin. Might not need to go quiet. If I can make this fast enough. She took a few hesitant steps closer, idly scanning the displays. “Play the damage report.” The voice of a woman spoke over the speaker system.

“Hull integrity, compromised.” She listened intently as the emotionless and factual tone, unnecessarily extending each syllable, went through the report. I really need to find an alternative “Seventeen modules, depressurized; thirty severed. Negative, signs of life. Defensive capabilities nonexistent.” She took a deep breath and walked over to one of the wall displays opposite the door. As it opened, she located the grappling hook, picked it up, and slid it onto her right wrist, then tapped it against the arm wrap. Another flash of dull blue and the internal motors of the grapple whirred as she moved to the next display.

Inside lay a bandolier of supple leather, with pouches sewn to the leather strap, surrounded by devices of various size and shape. All small enough to fit inside one of the pouches. She lifted the bandolier, wrapped it around her torso and secured either side to her belt loop. After a few tugs on either end she looked back into the display. Her hands reached for several of the saucer-shaped devices and slid them into the top pouch. Before closing the display, she grabbed a few pellet-shaped objects and slid them into a smaller pouch, then turned toward the door.

“Alright, let’s have some fun. What do you say, Buddy?” Buddy responded with a quick chirp and nod before floating from his port. He met her at the door, which opened as she approached, and followed her into the corridor. She walked toward the large iris door and stopped before the red flashing console; without looking, Emilie typed in a command. A loud hum reverberated through the spacecraft for a minute then stopped. The light of the console turned green and the iris slid open, closing behind her as she walked in.

In the center was a large door of heavy construction. Above that, suspended by hydraulic arms, was a small spacecraft. Black, slim, and oval with soft edges and the canopy open. The pilot seat waited for her, elevated out and forward of the crafts nose. She looked to the back wall where an array of neatly organized tools was hung. Everything from welders to dynamic wrenches, all in their correct places. Buddy floated over Emilie’s shoulder to the docking port just behind the pilot seat and waited.

Before following Emilie walked over to the berthing module computer. Diagnostic information was displayed in compact windows on the screen; everything she needed at a glance. She tapped a few, expanding them to share the screen. All systems looked good. Satisfied, she walked to the nose of the craft and sat in the pilots chair. The servos whirred as it pulled back into the closing canopy. For a moment everything was pitch black. Then the screens came to life.

Dull light splashed against the interior, providing enough light to see her hands. Once more she checked the systems. Can’t be too careful. Emilie watched as a three-dimensional representation of the yacht, and its debris field, appeared on her right. Her fingers manipulated the image, zooming in and out and rotating until she found an acceptable location. She pinched her index and thumb over the area, which placed a marker, and punched in a command into the crafts computer. A few seconds later she felt the arms extend and the magnets release. The craft drifted weightless for a moment before she was pressed into the seat.

Started writing in high school. At first it was something new to do. Eventually it became like therapy; a means to discover things about myself. More importantly, it is a way for me to create something and share my view of things.

More stories from Nathan Davenport and writers in Futurism and other communities.