"The Ultimate Revelation If The Moon And It's Uses"

by Philip Ebuluofor 6 months ago in astronomy 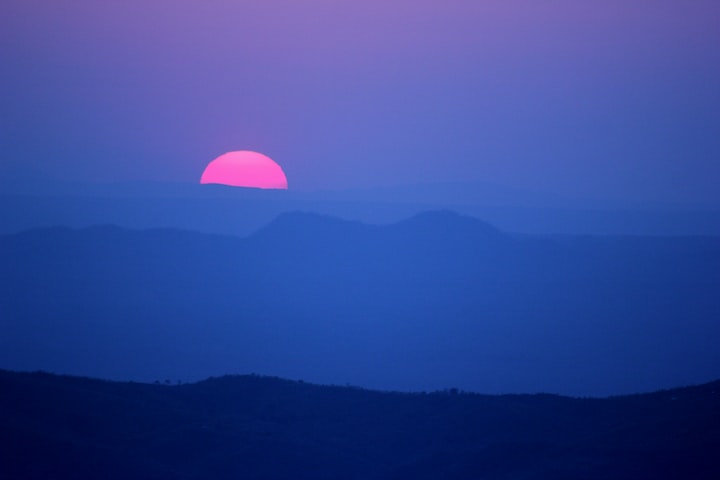 Photo by Craig Manners on Unsplash

“The Ultimate Revelations Of Moon And It Uses”

In ancient and modern tales of Africa, moon have played a major role in it. Not like as if we are selenophile or something like that, but in most rural areas, that’s the only electricity that is dependable. It is far more dependable than some countries electricity generating companies in this part of the world.

No offense meant, over here I believe we can bare it all without qualms, you never know.

No dependable electricity, no torch, no kerosene lantern, no candle, at times, Hurricane lantern. The most dependable even when other alternatives were available is the Fifth largest satellite up there. Some traditions and folklores were even woven around it.

Here in Africa, every tale surroundering it had always been positive. I have never heard of any negativity attached to it until I found myself in Yancheng prison.

I have come to understand lately that everything that has positives side has also negative side too. If not from nature, man in their demonic intelligent would found a way of attaching negativity to It. They have openly made sure of this since 21st century began.

You know, when and wherever evil takes root, it becomes tradition and recently, it is regarded as being natural too.

In Africa it is usually half moon about 85 percent of the year. People got use to it and full moon is usually appreciated when seen.

When I was free man in Guangzhou, things like that don’t come to mind, electricity functions 24 hours in there. In Yancheng, they occupied one wilderness like those in holy book and call it prison. Most of the time, the search lights were for decoration( following clearly now, I think it is usually done intentionally) and the moon not waning sun normally appears around 5 p.m. during those solstice longer night shorter days period.

It would mount itself clearly in front of us while marching to the dinning hall. Too big that we foreigners debate at times whether it was real moon or one of those satellites China sends up there every two weeks. Ten years inside there, I have never for one day seen half moon.

On 13th of June this year, I saw from my room window a mighty full moon which triggered this article. I spent my time admiring the moon until it shifted from view.

Over there in Yancheng, by omission or commission, they view me as being spirit that defy their comprehension, so an object to be dissected, decoupled and studied before being coupled back again.

I viewed that behaviour as arrogance that morphed into melancholy unchecked. As days turn into months and result wasn't forthcoming, they detailed themselves and inmates to observe me physically and spiritually. They found out that I look at the moon and sun anything we are allow outside, therefore, there must be something spiritual they are yet to master that I engaged in. It must be source of my power.

They wove their allegation around it and drag it on for years. If you are ever in doubt whether they visited those seers, psychics or whatever they call those guys, I am not. Their system and Have trapped them. They would divide themselves into two in the name of operating in truth and in my case, they found themselves in quagmire. So they resorted in discreetly breaking their own laws checking on me to know whether I have misbehaved. Their behaviour is erratic when on tight corner. They are not trustworthy, never gentleman, they kept misbehaving while checking to know if I have misbehaved.

Some one with five thousand history of written language and organized life would start checking spiritual to know why you don’t eat certain food, why you don’t watch this movie or that movie, why you read by so and so time. Those people has psychological problem or even spiritual one. Everything in this world is spiritual to them. Their melancholy is at its apex.

At times, they don’t even believe their spiritualist, they would bring them to see me in person which informs you that something happened somewhere.

So, how can you tell me that what lasted for a years and knowing how they reason inside that place that someone hasn't done something or that there is no negative aspect of the moon known to then that are masters in negativity.

There must be. As long as Chinese focus there, there is.

“ Melancholy and sadness are the start of doubt…. Doubt is the beginning of despair, despair is the cruel beginning of wickedness”…..Comte de Lautreamont

Those that believe that the full moon brings out the darker side of the people’s nature might not after all be far from the truth. Judging from my own experience inside there.

I don’t know anything about yellow magic but if science is right about full moon affecting tides and lifestyles, yellow magic for sure might be effecting the moon itself. There is never a smoke without fire especially in such matters like their allegations inside there.

1)Some believe the moon phase has effects on reproductive cycles of women.

2) Some claims that they work as indicators into actions and intentions of others.

3) Some, that it’s emotional catalyst In people.

One thing am sure is that, there are agents that catalyzes melancholy in some people too.

Read next: How Is Artificial Intelligence Is Integrating Technological Changes?