by Sarah Saint-Erth 4 months ago in extraterrestrial

Where Obscurity meets Absurdity & then Enlightenment 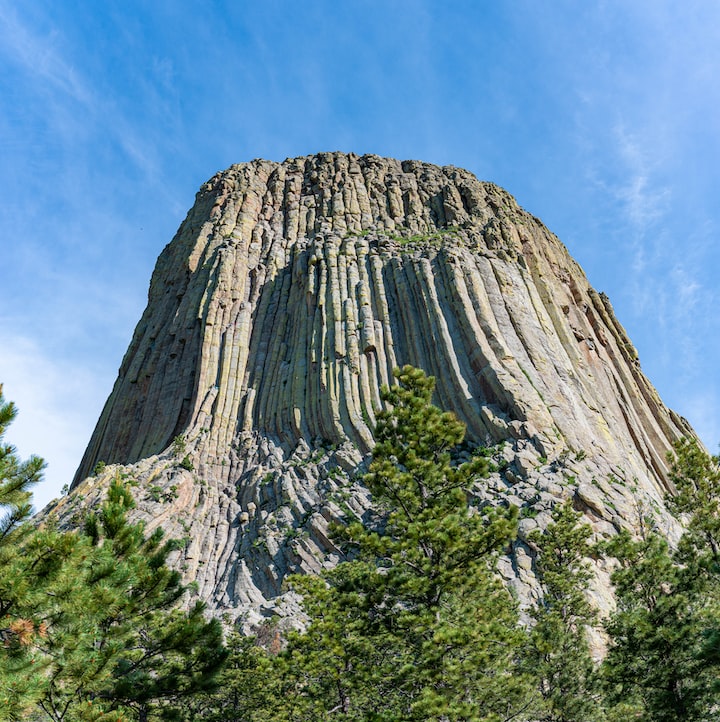 Out in the deserts of Nevada, New Mexico, and Wyoming many mysteries have continued to be witnessed and alluded to over the last 70+ years. Recently many Roswell documents have been de-classified and made publicly available.

So it has been said

The obscurity of the UFO debate has advanced to the ridiculous.

Not one to pass up and investigative opportunity, I downloaded and printed an account from 1947, The Majestic-12 documents an ET that is allegedly interviewed. Fascinating to say the least, but it left me feeling even more deeply deceived.

Further research led to a thorough de-bunking of the Majestic-12 documents that were said to be the brain child of two authors named William Moore and Stanton Friedman. These two were following suit, it is said, from the infamous 1938 Orson Wells Alien hoax radio broadcast “War Of The Worlds”. The two authors had leaked these documents to Jaime Shandea, a documentary film maker.

Probably the foundation for billions if not trillions of big screen, big budget entertainment opportunities.

The X Files intro ringing in my ears

Digging a little deeper, I found the story of Matilda Macelroy, called “Alien Interview” who also allegedly conducted many interviews with a being she name “Airl”

This is where it gets weird, I mean, that’s an understatement, but here is the story of Matilda, a US Military Nurse who was allegedly commissioned to conduct the interviews.

Apparently overlapping with the timeframe of the alleged Roswell documents mentioned above.

In Matilda’s conversations with Airl, a story of billion year old geneticist that works for a corporation called “Bugs and Blossoms” who apparently seeded the earth with many lifeforms designed specifically for Earths chemical environments. They refer to themselves and all sentient beings as Isbe’s as apposed to Ebe, or Ibe, in the forged military documents.

Always watch out for the moonies; a phrase I picked up from someone’s hippy mom along the way, a term used to describe cultish indoctrination;

Who is the violent, destructive colonizer that is destroying our planet?

I will tell you one thing it’s not Extra-Terrestrials.

In the sardonic and even mildy affectionate conversation the ET claims to have received an invitation from our very own Nikola Tesla, who had been experimenting with technology purported to be 100years ahead of its time. This drew the more advanced beings attention, due to the unexpected nature of any such signal coming from earth.

Sounds more plausible until the delivery of two human extra-terrestrial hybrids come into the story. More Genetisist themes though completely different in their detail.

In the March - May of 1948 “interviews”the ET claims to have been delivering two “human children” to be cared for by the military of earth. No specifics are given as to what became of the two. This element of the story is unique to the forged military documents, and is not mentioned in Matilda’s account.

The discovery of, and experimentation with atomic bombs was also a topic of conversation.

The Extra- Terrestrial Genetic scientists experiment had gotten out of control, and needed to be monitored. To make sure humans didn’t destroy the planet and ourselves.

Researching for the truth about ET, their existence, and involvement with humanity, and the agenda behind not only secrecy, but what to me seems like deliberate misinformation, and my inner investigator is getting more and more perplexed.

Looking to ancient sites may offer more clues than have previously been explored in a mainstream manner.

Then I came across Sirius Disclosure, Unacknowledged, and Close encounters of the fifth kind, The life’s work of a retired ER medical Dr.

Dr Greer’s methods are a good place to start if you would like to begin your own investigation into whether or not we are being visited. Most assuredly the only way you should accept information as true is through your own experiences, careful research and Intuition.

I must admit at this point, that I have a long history of observing UFO’s and UAP’s (un-identified aerial phenomenon) over decades, with multiple witnesses, as well as solo. These have never led to a tea party, let alone an interview, but they have expanded my consciousness and my curiosity.

if, what, when, how, and why ? Are not questions that I have.

The answers have come through my own life experiences. Not from the external noise of conjecture.

My Dreamy imagineer, The captain of the vessel that is my brain, LOVES to imagine beautiful galactic alliances that foster healing, abundance, and restoration.

That’s just me I guess.

I hope my comparison of these two presented as truth stories has been informative and sparked a curiosity in some of you to begin your own investigations, about every piece of information that you receive.

From your health, to the next terror threat, to UFOs. Remember Knowledge is power, and uncommon knowledge is a SUPER POWER.

BC Born activist, Mother & Grandmother. Raised in Music and counter culture. My Pen name is an ode to my matrelineal lineage who are from St Erth. I look forward to entertaining you and growing as a writer.

See all posts by Sarah Saint-Erth →