by Wren Alexa 2 months ago in space
Report Story 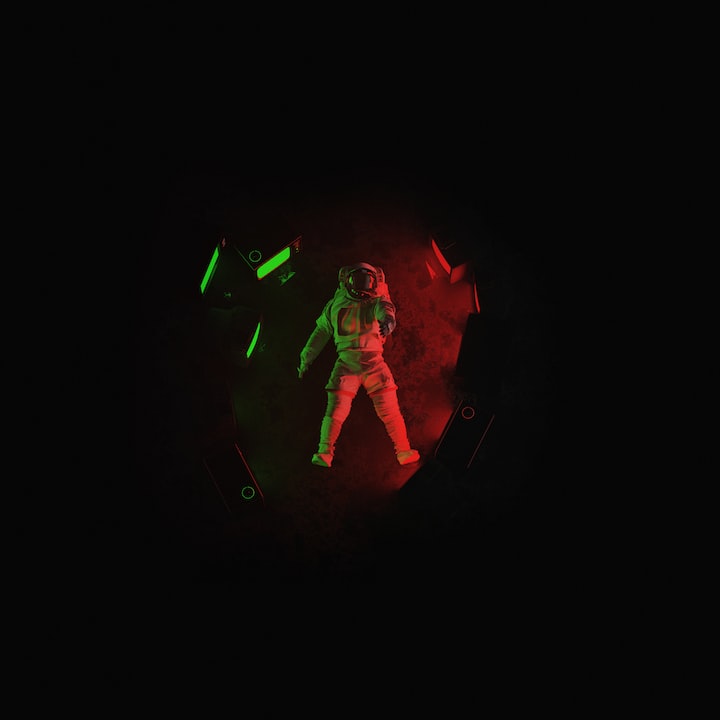 Photo by Peter bo on Unsplash

I, however, can't help but think that galaxies scream in and out of existence every day, far out in that deep unknown black. Who is to say a star, right at this very moment, is not screaming into supernova? Sometimes I feel, late at night as I try to sleep, that I can hear them. All those voices of dying light.

Ever since I was a child, staring up at the stars, I wondered what was out there. Or better yet, whatever it was, was it staring back at me? Certainly we could not be the only ones, pummeling recklessly ever forward through space, towards our inevitable extinction. It was this curiosity and fear that led me to study astrophysics at university and be recruited into Project Omega shortly after graduation. Now, staring through the thick glass of the ship window at the deep expanse before me, I again wondered: what is out there?

Officially, Project Omega was on an honorable, privately funded mission to discover new resources and materials to bring back to Earth. In the last few decades, we had begun to run out of even the most ubiquitous resources, and overpopulation would soon make the argument of human survival quite untenable. Unofficially, the virtuous private research company had detected a sound at the edge of our galaxy, a chilling shriek and encoded message masked in a binary rhythm. Soon after, we, the best, the brightest, the eager for a paycheck, were sent to investigate. A scream and a code. Who, what, could have done that? Was it trying to get our attention, or was it in trouble? What delightfully human motives. Perhaps it was none of the above. Perhaps it was a trap! The thought sent a sliver of excitement down my spine. Even if this all went horribly wrong, well, at least I would finally know. At least I would have the answer.

Unfortunately, the thrilling adventure into deep space was so far an uneventful bore. The best and the brightest didn’t quite make for exciting conversationalists. The food didn’t quite pass as edible. And no one ever tells you how claustrophobic a spaceship can be, especially after a few weeks. One can only walk so many loops around the crew quarters before going just a little bit mad. Although, weren’t we all a bit mad to be here in the first place? Following a scream into space… if this were a movie you would be yelling at the screen right now.

A quick movement shook me from my reverie. From the reflection in the glass, it appeared the captain had come to check on me or berate me as they oft did for their own amusement. However, when I turned slowly, forcing a pleasant expression and dreading the ensuing small talk, I found that no one was there at all. While this may have been unsettling to some, this was not an unfamiliar experience. I called it a space mirage, the trick of a brain pushed past all normal thresholds of boredom. I did mention I had gone a bit mad, didn’t I?

I turned back around, eager to return to my nihilistic ruminations when I again saw the captain behind me. This time, I was unsettled. This time, I felt the slow and steady drippings of icy fear at the back of my neck. The vision of the captain continued to stare at me, and I stared back until the reflection started to change, as all reflections do when you look too intensely. The eerie moment turned to two, then three, and the loaded silence seemed to stretch to eternity. Finally, I heard it. The scream.

Writing since I could hold a pencil.