The Progression of Life

by Daniel Goldman 7 months ago in evolution

Before, Now, and In the Future; Here and Elsewhere 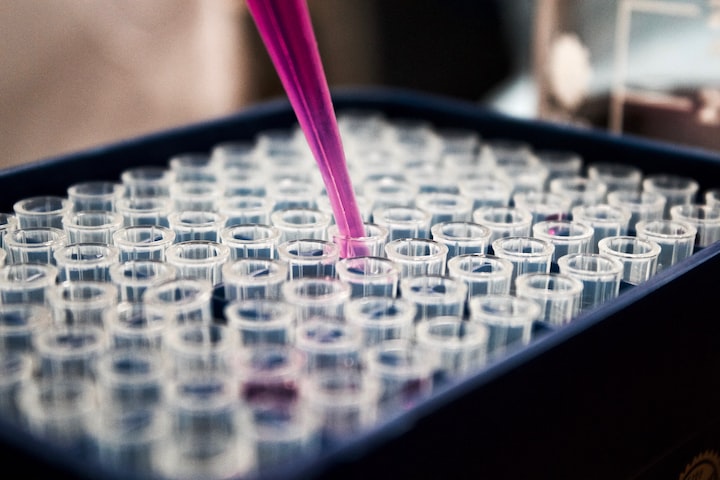 Photo by Louis Reed on Unsplash

What can we say about the origin of life, or what form life may take in the future, and elsewhere in the universe? It can be troubling that all we have to work with is what we current can observe here on Earth, but this one "laboratory" still gives us volumes of information to answer these kinds of questions. For a more in depth analysis, you can check out my detailed paper on the topic: The Progression of Life: Before, Now, and in the Future; Here and Elsewhere.

Scientific inquiry allows us to develop and test theories. We use those theories to make predictions. It's true that we've never observed life beyond this world. Likewise, before we landed on the moon, no person had ever walked on another celestial body. And yet, astronauts weren't afraid that they would float away into space after taking their first steps on that alien hunk of rock.

Why? It's because we had theories on how gravity functioned, and we tested those theories repeatedly. As we understand a process itself, we can make predictions about how that process functions elsewhere. Just like with gravity, we are learning more and more about how life itself functions, and so we can make predictions about life elsewhere in the universe, and across time.

Life in the Universe

As we start to learn more about the origin of life on Earth and how life can arise, how evolution occurs, and how intelligence emerges, we can start to answer other questions, like the question about how many other examples of life, and more specifically "intelligent" examples life like us there in the universe.

SETI has long searched for extraterrestrial life, and come up empty handed. But we've only scratched the surface of our own celestial neighborhood. There could be life all around us. It would be helpful if we had an estimate of how many civilizations could potentially make contact with us. This number can be calculated through the Drake Equation. The equation is a product of a number of parameters, including the rate of star formation, how many stars have planets and how many, the number of which have life, and so forth.

However, the Drake Equation doesn't actually help us without know the values that these parameters actually take. And there are probably hundreds of different papers that reach different conclusions. Some papers make numerous simplifying assumptions. For instance, a recent paper on the topic makes the assumption that life forms after about 5 billion years, as it has on Earth (Westby and Conselice 2020). We need to do better than make random guesses.

What We Have Available

So what do we have at our disposal? We have exactly one example of life emerging from non-life. That's frustrating. But we have a ton of examples of the forms life can take, and the environments under which it can survive and thrive. That's helpful!

From Non-Life to Life

Abiogenesis is the term used to describe the process by which life emerges from non-life. There's so much that we still don't know about this process. Indeed, there's still a lot that we don't understand about life itself and what it is. Again, we only have the examples on Earth, so it's difficult to draw broad conclusions.

However, we do recognize that collections of molecules can start to self replicate to an extent, and can help replicate each other. And research into synthetic biology is moving us closer to being able to create life from scratch. Once we can start to create synthetic life, we can really start to see what conditions are useful and necessary for its generation.

The Drake Equation is a formula to estimate the number of civilizations that could potentially communicate with us, rather than all forms of life. So we need to know something about the way intelligent life forms, and how technological advancements are made. Some might argue that we have exactly one example of intelligent life: humans. I'm not convinced that humans are all that intelligent, but that issue aside, communication requires language and technology.

Spiders are fairly intelligent. So are ants. They can do a hell of a lot. Ants communicate socially. But they don't have language in the sense of conveying abstract ideas to each other. Tool use is also very limited. Even chimps, which are known to use tools, generally figure out how to use them by trial and error each time, rather than through social learning.

Dolphins on the other hand seem to have the capacity for culture, including language (they even use names and seem to talk about each other), and teach each other how to use tools. For these reasons, I tend to think of dolphins as non-human people. So rather than a single example of intelligent, technology-wielding life evolving on Earth, we have multiple examples.

What does The Progression of Life: Before, Now, and in the Future; Here and Elsewhere specifically cover in relation to these questions? Here's the abstract.

Evolution and abiogenesis are usually considered two different topics in biology. However, recent work on the relationship between thermodynamics and life, as well as complexity and evolution, suggest that these topics may all be intimately related. Leveraging novel research on thermodynamics and complexity theory, I attempt to show that thermodynamics seems to exert a universal selective pressure (entropic pressure). This pressure seems to exist on the atomic and molecular level, biological level, and even societal level, and results in a number of interesting consequences. There is still much work to do in order to increase our understanding of the relationship between thermodynamics, complexity theory, abiogenesis, and evolution. Understanding entropic pressure may allow for robust predictions about life in the past and the potential nature of life in the future, and help us better predict the nature and scarcity of life beyond this world.

Essentially, recent developments in theories of thermodynamics and complexity theory seem to link abiogenesis and evolution. These theories can help further research on synthetic life and evolution, which then in turn can help refine those theories. Moreover, the theories suggest a sort of "entropic pressure" that drives evolution in a direction of increasing complexity. If true, then we can start to make predictions about the way life will evolve in the future, as well as how it might evolve elsewhere in the universe.