by Neil Gregory about a year ago in scifi movie

The first thing people want to know about The Predator is is it a good movie? And the short answer is no... however, there are mitigating circumstances.

Written by the original 1987 Predator writers Fred Dekker &amp; Shane Black (with Black directing) the film immediately tries too hard in capturing the tone of the original film.

As with most Shane Black films the script and dialogue is brilliant and he usually provides multiple one liners and great moments in his stories. The biggest issue I had with The Predator was that it doesn't film like a Shane Black film, it feels watered down and underwritten.

The plot kicks off in a jungle (sound familiar?) with a big action scene and a spaceship crashing to earth in the middle of a mercenary's mission. Our main character Quinn McKenna (played by Boyd Holbrook) recovers some alien tech and mails it to his son and estranged wife.

The government turn up with the villainous Traeger (played expertly by Sterling K. Brown) and clean up the wreckage and take the still-live Predator to a government facility, where we clearly know nothing bad will happen there right?

We get a few scenes of McKenna's autistic son (Jacob Tremblay) discovering the alien tech his dad sends him through the mail, and establishing that he is super smart with technology.

From here McKenna ends up on his way to a government black site as they attempt to cover up any information relating to the crashed spaceship. On the bus we meet the rest of his 'team'.

Trevante Rhodes plays Nebraska Williams who is given a backstory about PTSD but is never really developed, there are hints that he is crazy but his role could be cut completely and the audience wouldn't notice.

Keegan Michael Key is Coyle who immediately becomes the comic relief as much as telling some really unmemorable 'your mother' jokes and laughing a lot. 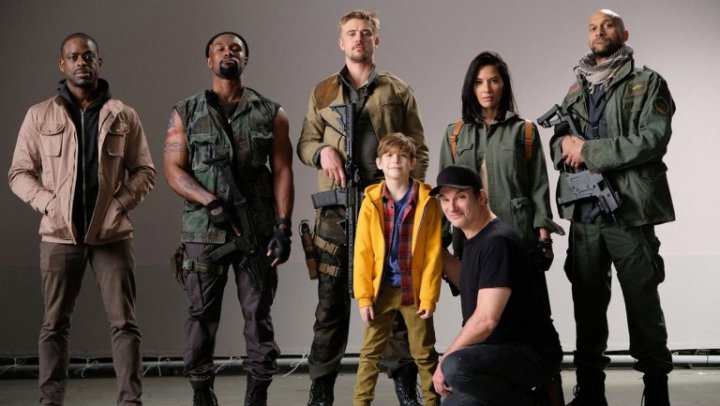 Thomas Janes Baxley is another problematic character, he has Tourettes which seems to be the characters only defining trait and every line of his dialogue is played for laughs which is understandably is not okay these days.

Alfie Allen's character is so underwritten I couldn't even remember his name, except he was Irish and didn't do a whole lot in the film bar that. It is a real waste of an actors talents like Alllen's especially coming from a great character like Theon in Game of Thrones to this bit part afterthought of a role.

Another criminal waste of talent is Yvonne Stravhovkis estranged wife character, again we know she can handle action after roles in Chuck &amp; 24 yet here she is literally stuck in the kitchen almost the whole film. Once the second half of the film ramps up she is left in the kitchen with government goons never to be seen again.

Stravhovski is seeing more action in this still than she does in the whole film.

Finally, this brings us to Olivia Munn's biologist character Casey Bracket and the film's recent controversy. Director Black cast longtime friend and convicted sex offender Steven Striegel in a small role in the film where he 'hits on' Munn's character, already not a good idea.

So less than a week before the film was released, information came out about Streigel's history and Fox took the decision to erase all his scenes from the movie with very strong urging from Munn who took to social media to raise awareness that the cast hadn't been told of Strigel's history (nor had the studio) and Director Black was forced into a public apology and made to remove his scenes from the movie.

My thoughts on the matter are that Black should have let the cast know Striegel's background instead of hiding it from them, and the scene of having him 'hit on' a female character especially with his background is an especially poor idea. That said the man had served his time in prison and was free to be employed by Black who said he was 'helping out a friend.'

Ultimately, it doesn't matter what Striegel's role in the film was as it doesn't make a difference to the story; there had been some complaints that the editing is too choppy now and it damaged the film, but so many of the characters are poorly underwritten that a creepy guy hitting on a girl scene wouldn't have made much difference to the overall plot. 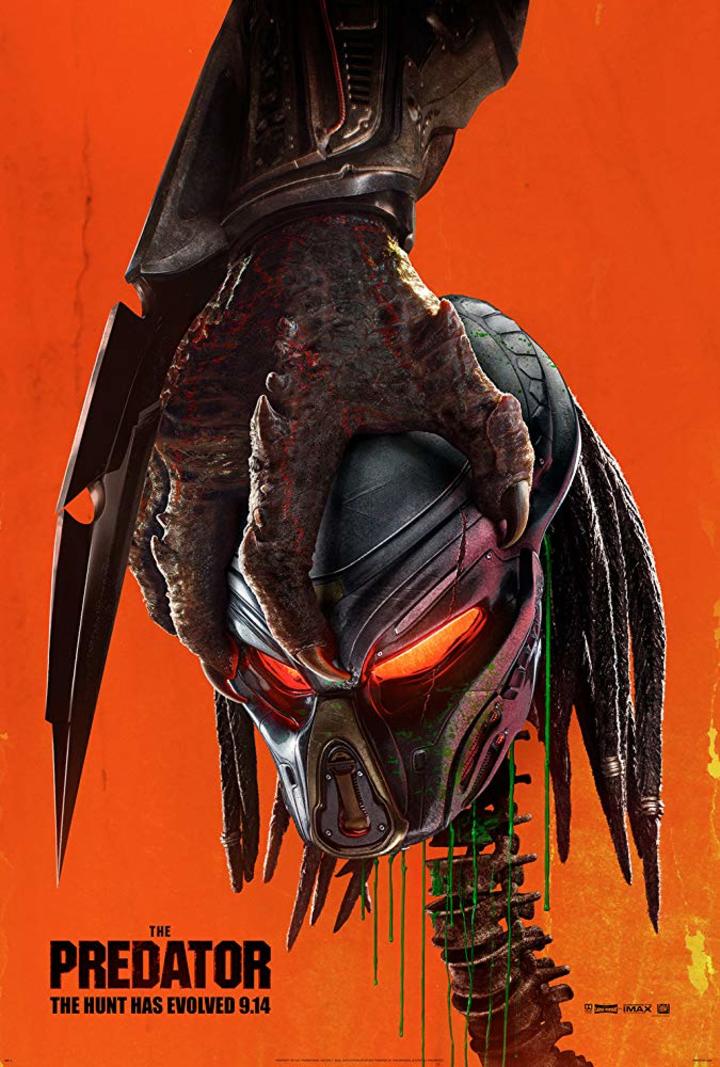 The action throughout is fine and zips along quite well though we tend to see more Predator blood than we do human. Also the cinematography is too dark in this film. In the action scenes we can hardly see the action occurring and the fast cuts hide much of the carnage within.

The problem with trying to update the Predator story in modern age is it doesn't work, the 80s films were about brash machismo, loaded with pure political incorrectness. There's a scene early on where Munn's character has to strip naked twice to go through a decontamination door; now in the 80s this would be the gratuitous T&amp;A shot, however in this film there is really no point for the scene. It almost feels like that was what Black wanted the scene to be but by the time they got to a final script he was talked out of it.

The Predator falls far from the first two movies, is on par with Robert Rodriguez's Predators from a few years back, and only slightly better than some of the poorer AvP films.