by Morgan Christy Rickards 2 months ago in fantasy 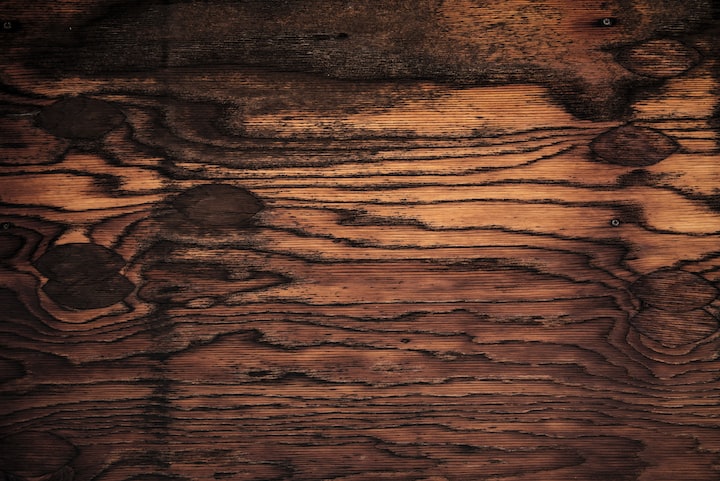 Sitting on a rickety chair at a ramshackle table, in a dingy corner of the dilapidated pub, aptly named The Pit, Nel observed the questionable clientele of the decrepit establishment. From the outside it looked unfriendly, broken and dirty. Stacked stones and huge, stone pillars made up most of the building's outer structure. It was hard to see through the darkened windows. Entering the tavern through the small, soft wooden door, a feeling of discomfort and the smell of alcohol and BO greets each customer. It was as dull inside as it was on the outside. Squared, stone beams support the upper floor and the broken lights attached to them. There was a large, round seemingly bottomless hole in the centre of the floor space, and people were wise to avoid getting too close. Nobody knew where it came from or to where it led. Only that the unfortunate souls who stumbled down it were never seen again. The walls were covered in photographs of what were undoubtedly better times for the tavern. Before it became a haven and neutral ground for the city's many guilds.

One group of patrons drew the eye of many an observer. The female from the White Sword Raiders guild became increasingly agitated as five males from the rival Gold Skeleton guild goaded her into a fight. Nel wondered and not for the first time, why people just couldn’t leave each other well enough alone. Everything would be a lot simpler that way. The female with chestnut, shoulder-length hair double braided to reveal a long, anguished face and shuttered blue eyes, set graciously within their sockets, finally having had enough, slammed her palms flat against the table where she sat and leveraged herself to standing. As she turned to face the cocky, smug looking males who congratulated themselves and exchanged sly looks, they too all stood and began to maneuver themselves into more optimal positions, surrounding the female.

With the beginnings of a brawl threatening to ruin his peace and his drink, Bill Brutalicus, known by the locals as Billie the Brutal, heaved himself out of his seat beside Nel, frustration evident in every movement. Nel watched her temporary employer barg into the fray with quiet amusement. A disturbance at the entrance of The Pit drew Nel’s notice as a newcomer entered the pub. He went unnoticed by all but Nel it seemed, as the attention of the rest of the patrons was taken up by the commotion between the guilds. Black, straight hair gently hung over a furrowed, frowning face. Clear green eyes, set low within their sockets, watched intently over the tavern. Taking in the scene before him, the sneaky monk took advantage of the distraction and disappeared into the shadowed rafters of the room, melding into the darkness, with no one but Nel the wiser.

Returning her attention back to her employer as he extracted the feisty female from his guild from her altercation, Nel was impressed that she managed to get in a few more good blows to the not so cocky anymore men who undoubtedly now regretted goading her, as Bill deposited her out into the street with a hard glare that offered no mercy, sending her on her way. Long, brown hair dangled over a furrowed, tense face with a tattoo resembling a small bear worn proudly on the side of his left cheekbone that was also a stinging reminder of a former life. Upon the females departure, Bill casually returned to his seat all the while exchanging a tense nod of acknowledgment with the Gold Skeleton guilds second in command, where he sat in the adjacent corner to Nel and Bill.

Well groomed, white hair pulled back to reveal a full, lived-in face and lidded hazel eyes, set narrowly within their sockets, were ever watchful. Fire had left a mark stretching from just under his right eye, first running towards his fairly big lips and ending on his right cheek leaving a painful burden of hidden talents.The five cowards quickly limped their way out of The Pit, heads hanging low and in no shape to be causing anymore trouble for some days to come. With the crisis mostly averted and the agitators no longer under their roof, the staff of The Pit visibly released their tension. That is however, until a wave of panic coursed throughout the building at the hysterical cry of a terrified patron who had been the first to observe the odd happening of a Troll emerging from the pit in the floor. A chorus of screams and shouted exclamations followed the patrons' screeched warning. “TROLL!”. Swiftly thereafter, the place emptied out as the tidal wave of scared drunks escaped the buildings confines and dispersed to darkness knows where in a tsunami of trampling feet and a cacophony of unintelligible, drunken caterwauling.

Soon, only five beings remained in the pub. The troll, a revolting creature with two ravenous eyes that stare with glacial malice, convex nostrils set within a withered nose and a lean head atop a slim, meaty body. Bill the Brutal. The sneaky monk, still amongst the rafters. The Gold Skeleton guilds second in command. And Nel.

One of my life goals is to have an amazing home library! Love reading and magic and dragons. Want to travel the world. Come explore with me. Let's go on an adventure.