by Muhammad Faheem 3 months ago in astronomy 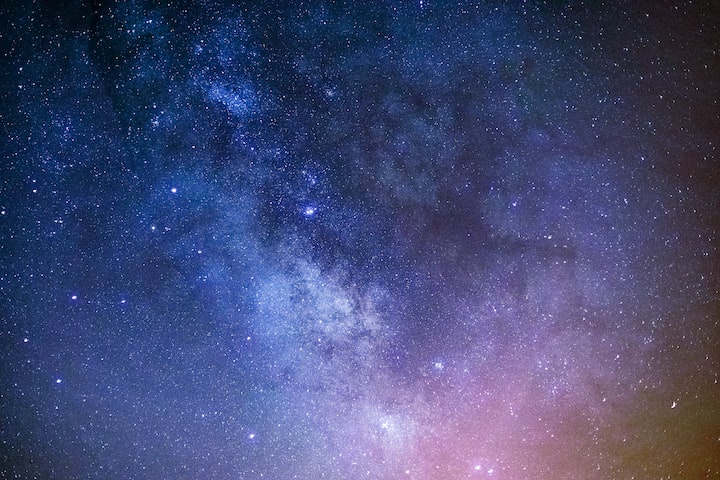 Photo by Andy Holmes on Unsplash

No matter how far along you are in your sophistication as an amateur astronomer, there is always one fundamental moment that we all go back to. That is that very first moment that we went out where you could really see the cosmos well and you took in the night sky. For city dwellers, this is a revelation as profound as if we discovered aliens living among us. Most of us have no idea the vast panorama of lights that dot a clear night sky when there are no city lights to interfere with the view.

Sure we all love the enhanced experience of studying the sky using binoculars and various sizes and powers of telescopes. But I bet you can remember as a child that very first time you saw the fully displayed clear night sky with all the amazing constellations, meters, and comets moving about and an exposure of dots of light far too numerous to ever count.

The best way to recapture the wonder of that moment is to go out in the country with a child of your own or one who has never had this experience and be there at that moment when they gaze up and say that very powerful word that is the only one that can summarize the feelings they are having viewing that magnificent sky. That word is - "Wow".

Probably the most phenomenal fact about what that child is looking at that is also the thing that is most difficult for them to grasp is the sheer enormity of what is above them and what it represents. The very fact that almost certainly, virtually every dot up there in the sky is another star or celestial body that is vastly larger than Earth itself, not by twice or ten times but by factors of hundreds and thousands, can be a mind-blowing idea to kids. Children have enough trouble imagining the size of earth itself, much less something on such a grand scope as outer space.

But when it comes to astronomy, we do better when we fall into deeper and deeper levels of awe at what we see up there in the night sky. Some amazing facts about what the children are looking at can add to the goosebumps they are already having as they gaze eyes skyward. Facts like…

* The milky was is just one of tens of billions of galaxies each of which has billions of stars in them as well. In fact, the Milky Way is one of the small galaxies.

* If you wanted to drive across the Milky Way, it would take you 100,000 years. But you can't get there driving the speed limit. You have to drive five trillion, eight hundred million miles per year to get all the way across that fast.

* Scientists calculate that the Milky Way is 14 billion years old.

These little fun facts should get a pretty spirited discussion going about the origins of the universe and about the possibility of space travel or if there is life on other planets. You can challenge the kids to calculate that if every star in the Milky Way supported nine planets and if only one of them was habitable like the earth is, what are the odds that life would exist on one of them? I think you will see some genuine excitement when they try to run those numbers.

Such discussion can be fun, exciting, and full of questions. Don't be too hasty to shut down their imaginations as this is the birth of a lifelong love of astronomy that they are experiencing. And if you were there that first moment when they saw that night sky, you will re-experience your own great moment when you were a child. And it might set off a whole new excitement about astronomy in you all over again.

Source with permission from: http://plrplr.com/13422/the-night-sky/