by Landry Oliver 5 months ago in fact or fiction 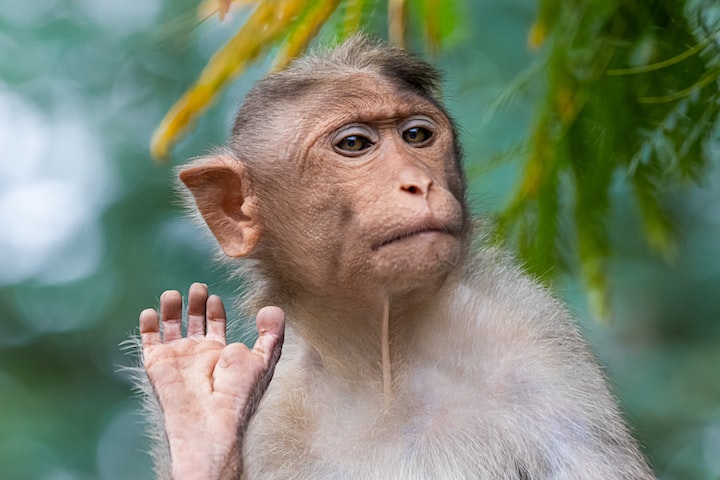 Photo by Syed Ahmad on Unsplash

In the year 49 BCE, a Roman man, Julius Caesar, comes upon a man with the severed Paw of a monkey during his conquest across the world. The man claims it is a magical artifact, it will grant three wishes to each of its users, yet the process by which the wish comes to fruition may not be as wished. He begs Julius to take it - claiming that he has seen its awful effects and wants it nowhere near himself or his family. Julius consults with his traveling companions, who assure him that the man must be lying, so he takes it. He places it with his other artifacts and forgets about it.

A few years later, Julius finds himself in a predicament in the city of Alexandria- while pursuing an Egyptian pharaoh, he and his men had overextended their reach, allowing egyptian reinforcements to arrive - who now sit blocking the port (and Julius’s only chance of an escape). Julius and his men are in danger; if caught by the Egyptians they will surely die. They wrack their minds for a way of escape, but can think of none. As they go through their packs of belongings, Julius comes across The Paw - and, praying to the gods, holds it out, and wishes that he were free. Nothing happens, so he continues digging through his pack until he comes across his set of flint and steel. An idea comes to his mind - if he could set fire to the boats, it may create enough of a diversion for him and his men to escape. He places the rest of his belongings, including the pack, back in his pack, and heads to the dock. He stealthily makes his way to one of the boats, where he begins making a fire. As the flames take hold, they quickly grow out of control, not only racing from boat to boat, but also beginning to reach the buildings next to the docks. Flames race through the town as Julius and his men flee. As they reach the city limits, Julius looks back just in time to see the roof of the Great Library of Alexandria collapse as flames and mounds of ember erupt from the building.

The year is 44 BCE. Julius, now the sole dictator of Rome, has gifted his nephew, Gaius Octavius, with many of his trophies from around the world. Julius has failed to recognize the truth of what happened in Alexandria, it was not his own genius that allowed him to escape, but rather, The Paw. Thinking it to be just another relic, Julius includes The Paw with his other trophies passed on to Octavius, and, having a flair for the dramatic, reveals the details of the story of how he received it, while leaving out the bit about alexandria (In his own accounts of the story, he never felt a bit of panic and knew all along that he would burn those ships).

Not long after, Octavius attends a party, along with many of the Roman elite. At the party, he is embarrassed in front of his dear love - a fellow noble made fun of his lack of power and responsibility. As he watches, the noble approaches his love, making mocking gestures at Octavius. Octavius’ love laughs as he watches, crushing his heart. He storms out of the party and heads home, where The Paw catches his eye. Holding the paw, wiping hot tears from his eyes, he wishes for power and prestige, beyond all others. The next morning, he is awoken by a messenger at the door. Through the haze and misery of a noble sized hangover, he learns that his friend and uncle, Julius, has been stabbed 23 times, during a senate session. Not long after, Octavius ascends to rule all of Roman. His work consumes his time, and he remembers nothing about his wish. The Paw remains in his collection for years, collecting dust, until it disappears years later.

79 CE: Gaius Caecilius, better known as Pliny the Younger, greets a messenger from a friend, a collector of rare artifacts. The messenger hands him a package and a letter. He opens the package to reveal nothing but A Paw. As he reads the letter, he shakes his head and dismisses it. A few weeks later, he finds himself in the city of Misenum, across the bay from the city of Pompeii. He is visiting the house of his Uncle, Pliny the Elder, and still marveling at the beauty of Pompeii, which he passed through on his journey. His uncle, Pliny the Elder should be in pompeii around this time as he returns to his home to greet the Younger. As the Younger rummages through a sack containing his belongings, he gazes across the bay at the city of Pompeii and wishes that there were a way to preserve what he sees. His hand grazes something small and furry. He carries on with his day, writing a few letters to friends, until around midday, when he ventures out into the street. His head turns towards the beautiful city of pompeii and he freezes in his tracks. Above the beloved city lies a huge cloud of darkness. The sky is black, and almost instantly, Pliny the Younger knows something is wrong. In the following days, as he tries to understand a full account of what happened, he hardly notices that The Paw has disappeared from his belongings.

536 CE: Cailtram, king of the Picts is throwing a feast lasting several days long for his eldest son’s wedding. As the festivities near an end, the final rites of marriage are carried out. In order to allow for a large audience, the ceremony is outdoors. The groom and bride stand on a slightly raised platform, and the king presided over the ceremony. The sun is bright and beating down in an unusual way, and the guests watch on in horror as the bride collapses of heat. After a few minutes, the bride is ready to continue, and the ceremony goes on the rest of the way without a hitch. That evening, the royal family gathers for a family tradition, several generations old. The prince is blindfolded, and his hand is guided by his father onto a Peculiar Feeling Object. As the family watches, Cailtram instructs his son to make a wish. The prince wishes for a year long break from the unforgiving rays of the sun.

Over the next few days, a dark haze settles over the kingdom. Clouds block out the sun, and the temperature plummets. Crops stop growing. The royal family prays to every god they can think of, to no avail. For a full year, the sun is unable to shine on all of the kingdom. The prince, being at fault, as well as his bride are cast out of the royal family and quickly starve among hundreds of others as a famine sets upon the land. Eventually the sky begins to clear, and Cailtram begins to search for his son, to no avail. A year later, while hunting in the forest, he comes upon the remains of two people, one still bearing the royal insignia of the Picts on a locket. Cailtram recognized his son, and begins to gasp for air. He dies shortly after, of a heart attack. The Paw is never seen again by his family.

The year is now 1347. John Smith and his family are operating a small shop selling oddities, in the heart of london. He is very much in debt, to the very rich and very unkind creditors. After a particularly nasty meeting, he storms back to his shop to find a funny looking man in his store. The man is carrying a bag, and holds it out to John. He tells john that it is a donation, an oddity, a mystical item that can grant wishes, and that John may have it free of charge. The second that john takes the bag, the man begins to walk away. As John tries to ask the man more about the item, a carriage passes between the man and himself. When the carriage eventually clears out of the way, the man is gone. John, muttering to himself, opens the bag. He pulls out A Paw. Holding it, he wishes aloud for greater equality in the world that treated him and his family so cruelly. With no instantaneous change forthcoming, John places the paw back in the bag, and proceeds back into the store. A few days later, in the Sicilian port of Messina, several boats arrive, carrying sick sailors. A disease begins spreading into the town, and before long, into all of Europe. millions are afflicted, struck down. The disease affects all, regardless of wealth - death is the great equalizer. Among the dead are John and his family. The items in the store are auctioned off in large plots, one containing a mysterious bag.

1900: A man, Alois, struggles to deal with his rebellious son. His son, once a well behaved lad became quite difficult after the loss of his brother at a young age, to measles. Alois wanders into the shop of a very old fortune teller, who tells him she can give him all he desires, for a fee. He pays her, and she hands him A Paw. He holds on to it and wishes for his son to be very successful, powerful, and for him to stop dreaming about art school and get a real job. He thanks the fortune teller, and leaves. Not long after, his son receives a letter from the Fine Arts School, Vienna - he has been rejected from the school for a second time.

1941: Franklin Delano Roosevelt sits in the oval office with an aide. They sit and discuss the economy, the aide has information that indicates another severe economic downturn. Roosevelt shakes his head, frustrated. He reaches into a desk drawer and pulls out something the aide can’t see. He wishes aloud for some way, any way, for the US to avoid another economic disaster. The words are barely out of his mouth when Navy Secretary Frank Knox bursts into the room and announces the death of 2400 military personnel at Pearl Harbor. The Japanese have made one of the worst strategic mistakes in world history. In the years that follow, the economy grows and improves greatly, as millions of civilians and soldiers die to pay the price.

Sometimes I amuse others in the process of amusing myself.

See all posts by Landry Oliver →