by Christopher “CJ” Herring 5 days ago in extraterrestrial
Report Story

Not just another dragon… 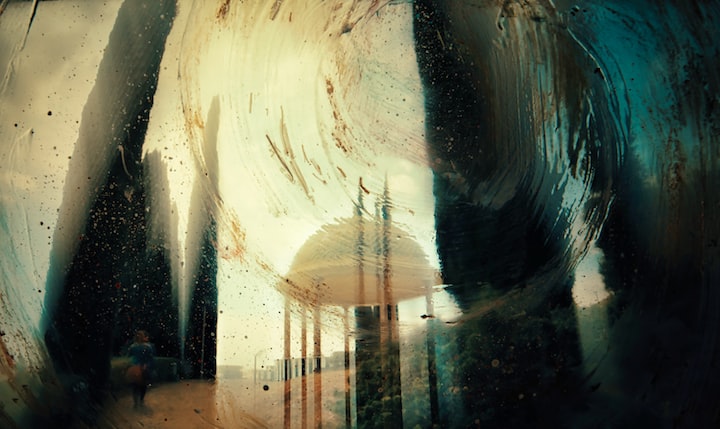 “There weren’t ALWAYS dragons in the valley”… There weren’t always a lot of the unique creatures we see now in Phoenix, AZ before the multiple UFO sightings and the overnight materialization of what was immediately referred to as one of “The Portals”. Dragons were just one of the creatures commonly projected by the collective consciousness of the citizens. As employment was replaced by experiential fantasy since alien technology automation was freeing others daily from the work grind the fantasy areas open to the public thrived. The Portals are what made travel in seconds worldwide a reality as one had materialized at every popular destination.

“Yet another dragon…” I said with a yawn rolling my eyes at my companion in exaggerated boredom. We laughed after briefly glancing at it and returning our focus to the road and monitors in our vehicle. “The best and larger mind domes are further down the road!” I continued. The mind domes are the environments where general reality was able to be more easily manipulated by the projected collective consciousness of participants or just one mental projectionist. As a level 10 mental projectionist and one of the first humans integrated into the program with extraterrestrials today was the beginning of my month to create an experience for over 100,000 citizens to enjoy. “I do NOT even do dragons anymore…” I said as we laughed and got closer to our arrival at the facility.

I had been to hundreds of mind dome facilities before but as we got closer I noticed this one was VERY different than the others. Where other mind domes were open to public viewing into them it was dark and blurred not allowing the general public to just see inside. It was also in a much more secluded and exclusive area. Noticing my companion’s obvious concern I immediately explained why it was different. “This is the ALL adult no limits mind dome! That’s what makes it the most difficult to get a reservation for and why it isn’t just free to the public and requires SO many credits. It is the only one I’ll even STILL mentally project at!” and with that explanation my companion seemed comfortable again as we reached the entrance and were greeted by the first creature I mentally projected.

My companion stared in amazement as did other vehicles following as part of my experience group. “Isn’t that better than just another dragon?” I asked as my companion tried to stop staring at it. The being I had projected onto the drone wasn’t even something from my imagination. It was merely from my memory. It was just what one of the lower level extraterrestrials looked like that I had encountered. Part of my duties was to acclimate others to their potential first meeting with one too! “That’s an alien drone” I explained. My passenger looked obviously confused. “The alien drones take on the appearance of whatever you want in a tangible form rather than more ethereal holographic projections!”. The lines between fantasy and reality were so blended now on earth.

Some in other vehicles wept and spoke of angels as I checked some vehicle’s passengers via my monitor. I had a similar response when I had met my first extraterrestrials. I chuckled and explained how that one drone would facilitate the fantasy of 100,000 citizens for the first week. I asked if my companion would like to get out of the vehicle too and catch up with me later. I was SO relieved when we temporarily parted ways so that I was finally alone to really imagine what I wanted. They MAY get to see SOME of THAT later…

More stories from Christopher “CJ” Herring and writers in Futurism and other communities.