by R. A. Rock 14 days ago in science fiction 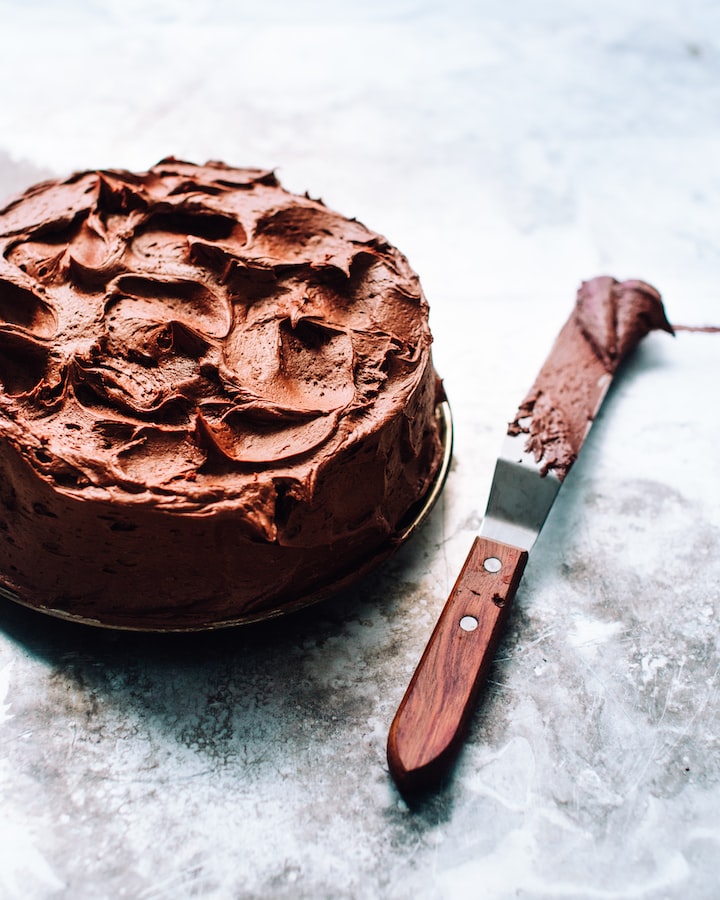 The chocolate cake was nothing to fear.

Now the large knife that lay next to it on the white tablecloth was another story. Especially if I could get it in my hand.

This incongruous thought made me wonder about myself for a moment. What did I know about knives? I didn’t even help with the cooking. Occasionally I used a knife to butter my bread. That was all. How would I know anything about knives?

But if what I had believed about The Citadel wasn’t true, then maybe other things weren’t true either. Was I really the good woman that my supervisor said I was? Or was I someone else?

My fingers itched to grab the knife and I had a sudden insight that perhaps I knew how to use it… to hurt other people. This thought bothered me. But not as much as it ought to have.

And what about that cake? Did I really know that the cake was nothing to fear? If what Red had told me was true — that The Citadel was not the benevolent society I had believed it to be — then the cake might have drugs in it designed to make me placid and docile.

At this moment, there was nothing I could trust, nothing to believe in.

Unless it was this man sitting across from me.

Somehow he seemed trustworthy. I had no reason to think that he was someone I could have faith in. But I trusted him just the same.

“Hey,” Red said, where he sat across from me in the restaurant. “Do you think we were followed?”

After the appointment, the two of us had run through the streets, taking the back alleys and avoiding people. We hadn’t known if the sirens were for me because I had fooled the brain scan and they had somehow found out.

We ran for awhile, then Red had ducked in here to hide till things cooled down. Sounded good to me.

Especially if I could get some of that cake.

I shook my head. Now where had that thought come from?

“I don’t know,” I admitted. I didn’t know anything at all anymore.

Red stared at his menu but I kept my eyes on the chocolate cake. It looked delicious with layers of whip cream and fresh strawberries all over the top.

Suddenly it occurred to me to wonder where the fresh strawberries came from.

I had no idea.

“The sirens could have been for something else,” Red said, tapping his fingers on the tablecloth, still thinking about our escape. “But what if they found out that we cheated the scan? What if it was us they were chasing?”

I didn’t have answers for him and my mind was on something else.

“Where do those strawberries come from?”

“Strawberries?” He moved the menu down so he could look over it at me. His blue eyes were confused. And for a moment, gazing into them took my breath away and I forgot what we were talking about.

“The strawberries,” I repeated, shaking it off. “Where do they come from?”

“I don’t know,” he said, lifting one shoulder and dropping it. “What does it matter?”

His eyebrows drew together and I noticed that they were a little darker than his copper coloured hair.

“It’s important, somehow,” I said, feeling my memories swaying back and forth in my mind, heaving as if some were trying to break free. “And where do the clean clothes come from that are always in my room? Have you ever had to clean any clothes?”

“Once I spilled grape juice on myself at breakfast,” I said, not letting him interrupt. “It was a terrible mess. After I changed, I left the clothes on a chair in my room. They disappeared when I was out and clean ones appeared in my drawers. There was no stain on any of them. Who got the stain out?”

“I’m not sure it’s relevant right now because we have to…” He began again but I cut him off.

“Of course it’s relevant,” I said, feeling close to losing my temper, which was different. I had never felt angry or upset the entire time I had been in The Citadel. That was strange, wasn’t it? “Someone had to get the stain out and grow and pick the strawberries. If you and I and the other citizens aren’t doing it, then who is?”

Red gazed at me, lowering the menu.

“I don’t know,” he said, as if seriously considering it for the first time. “I’ve never seen anyone doing anything like that since I arrived.”

At that moment, a man entered the restaurant. His face was relaxed and he was attempting to blend in but I knew he was trouble. He was looking for us.

“Why?” He asked, already getting to his feet.

As we passed the table with the cake, I snagged the knife with one hand as we passed and slid it up into my sleeve as if I had done such things many times before.

I wasn’t sure of anything anymore.

I led us away from the man. My guts told me that he was bad news.

I went down the hallway with the bathrooms and was relieved to see an exit at the end of the hall. Soon we were outside.

“Let’s go,” I said, starting to run down the alley.

Red kept pace beside me.

Red seemed to be thinking about that.

“Why did you take that knife?” He asked next.

I turned my head to look at him.

“I don’t know,” I repeated. “It just seemed like the right thing to do.”

Red gave me a look that was half admiring, half worried.

When the man emerged from the doorway, he yelled and we took off, but he was fast and caught up to us in the next alley over.

My life had completely turned upside down since I met him.

But soon the question was decided for us. The alley was a dead end. I hit my fists on the brick wall and turned around. The man was walking slowly toward us. He wasn’t worried about us getting away.

“Now no more of that running,” he said, his voice calm. He obviously thought he was in control of the situation. But I wasn’t so sure.

I felt something rising in me.

Underneath the good fragile little woman I had thought I was — or perhaps had been pretending to be in order to fit into The Citadel — underneath her, was someone wild and strong, and she was struggling to get free.

“The Citadel has your best interests at heart, you know. They just want everyone to be safe,” the man said in a soothing tone. “Whatever you did to change your test results. That’s not safe. We need to know what’s going on. So we can keep you safe.”

“Plenty of freedom Outside. You want to go out there?”

I shivered at the thought. The Outside was a dangerous place. And no. I did not want to go out there.

“No we don’t,” I said, firmly and then a question occurred to me and I wondered what his answer would be. “But can you tell me where the strawberries come from?”

“It’s just that there was this chocolate cake in the restaurant with fresh strawberries on top and someone must have grown them and picked them. It must have been a lot of work. So, who did all that? Where did those strawberries come from and who grew them?”

“The Citadel provides…” He started, speaking in that calm voice, spewing the usual nonsense.

“That’s a bunch of crap,” I said. “Who grew those strawberries?”

The man’s eyes went wide — at my language and my tone, no doubt. Good women didn’t talk like that.

“You don’t need to know that. You are one of the Privileged. You ought to be grateful.”

But I’d had enough.

“Let us by,” I said and there was a threat in my tone. I didn’t know how I might threaten anyone but there was no doubt inside me that I most definitely was.

“Now, now, missy,” he said, in a false cajoling tone. “It’s time for you to get back to your fancy work. If this young man is interested in you, he’ll have to go through the proper channels. You two can’t be running around the city together, getting into mischief.”

Red and I exchanged looks of disbelief.

“I will not let you go. You will come with me and you will both be scrubbed. Back-up should be here any moment.”

“No,” the man said, standing his ground.

“If that’s what you choose,” I said and I let the wild thing inside me take over. I released the knife I had been holding in my sleeve, then caught it deftly by the hilt as it slid out. In one smooth motion, I grabbed it, pulled my arm back, took a step forward and threw the knife hard.

I watched it in slow motion as it flew through the air, end over end, toward its target. A second later, it embedded itself in the man’s right shoulder, exactly where I wanted it to go.

The man screamed and I came back to reality. Red was gawping at me and blinking in both dismay and amazement.

“What did you do that for?”

“Run,” I said, not understanding why we were still standing here talking.

The man was holding his arm and breathing heavily. He was speaking into a communication device with wheezing breaths.

Red and I tore past him.

A minute or two later we were inside.

“Why didn’t we just come here in the first place?” I demanded.

“I thought we were being followed,” Red explained. “I couldn’t lead them here. This place is a secret.”

I nodded, dropping onto a couch. I was dead tired.

“Speaking of secrets. How long have you been able to throw a knife like that?”

“I have no idea,” I said, honestly. “I don’t know who I am. They scrubbed me so thoroughly when I arrived that I’ve forgotten everything about myself, including apparently my ability to throw knives.”

“Well, I hate to say it but I don’t think you belong here,” he told me.

“I hate to admit it, Red,” I said, shaking my head. “But you’re probably right.”

He grabbed a broomstick without a broom end that was leaning in a corner and went through an intricate series of moves with it. Like he was fighting with a bow.

Nobody learned fighting in The Citadel. It was unnecessary because nobody fought.

He couldn’t have learned that here.

“If it’s any consolation,” he said, dropping down next to me. “I don’t think I belong here either.”