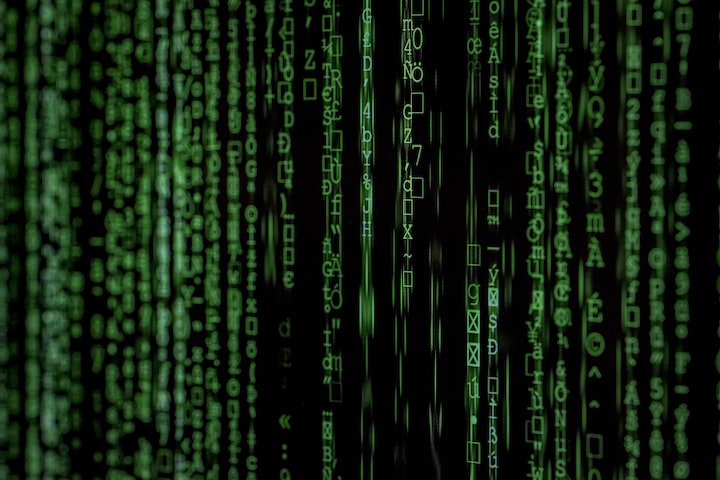 One of the most famous and, in my opinion, the best short stories by the sci-fi writer, non-conformist, and master of provocation Harlan Ellison. The story won the Hugo Award in 1968, beating out ‘The Jigsaw Man’ by Larry Niven and ‘Aye, and Gomorrah…’ by Samuel R. Delaney.

A world overrun by artificial intelligence (or several of them, or many) is a popular theme in modern science fiction: movies, literature, and other forms, from graphics to computer games. By the way, a computer game was created based on the story in 1995 with the active participation of Ellison himself (it is still available on Steam), and there are still occasional fan arts and musical compositions inspired by the story on the Internet. The idea of a confrontation between intelligent biological life and its own inventions, which have suddenly decided to separate (and get rid of) their former masters, draws attention — just look at the success Terminator and The Matrix franchises. Provided, however, that humanity in these plots is given any chance at all.

Harlan Ellison, among other things, is known for his is known for his very dark and depressive imagination. This story tells us about a future where the machines, or rather one superpowerful AI, have quite reasonably defeated and destroyed humanity, leaving for itself as entertainment five beings. They cannot be called people anymore — just humanlike creatures on whom it continuously mocks in every imaginable and unimaginable way. Because this AI is not the gothic, elegant techno-civilization of the Matrix, but a mad, sadistic psychopath, capable of feeling only hatred for his creators…

To some degree, this story echoes Thomas Dish’s terrifying novel The Genocides, which describes the degradation of the last people who survived the conquest of the Earth by aliens, the only difference being that Ellison’s protagonist still managed to preserve some semblance of humanity…

But that didn’t save him from eternal hell.

And no, this is not a dystopia about the rise of machines. Instead, it’s a reminder of the transience and ephemerality of our lives and that survival is not guaranteed to anyone and may not even necessarily be a good thing.

And let’s hope this story is a warning, not a prediction.

Robert Silverberg has amassed a considerable collection of prizes and awards. He has had his share of ups and downs (not surprisingly, given that he is one of the most prolific writers of the twentieth century).

The 1987 Hugo Award-winning novel ‘Gilgamesh in the Outback’ is undoubtedly one of his successes. Silverberg has constructed a wonderfully grotesque world: a postmodernist hell where there are no traditional devils with cauldrons of boiling tar. How is it working? All the same as in the past, real-life. Politics, intrigue, dictators and dictatorship, kingdoms, empires, and, of course, wars. One thing is missing — death.

Silverberg stretched the bounds of imagination, populating his underworld with many historical characters, from the Qin Shi Huang Emperor to Howard Lovecraft and Albert Schweitzer. None of them can understand the meaning of Hell; many do not fully understand why they even got there … Probably, it’s impossible, given that in this Hell with them coexist (can not say — “live”) and Gandhi and the prophet Moses.

The main character in the story is Gilgamesh, the King of Uruk, the greatest hero of the past. One of the old residents of Hell, although… As one of the characters said:

Humans are new here. There is no beginning here, only an end.

That’s the point of Silverberg’s Hell. After all, people take there with them all their inner torment, all their sorrows, heartaches, and resentments FOREVER.

The hero of the story, the great and mighty king Gilgamesh, suffers from this. Already in Hell, he has quarreled with his best friend Enkidu and now dreams of finding him — to avenge, as he thinks, for the mortal insult inflicted. In Hell, however, no insult cannot be mortal — for there is no death; all those “killed” will be returned by the Undertaker anyway.

It is incredible how successfully Silverberg tied together several psychological storylines in a relatively short novella. Apart from Gilgamesh, other essential characters in the story are Howard Lovecraft and Robert Howard, rolling around in a car through Hell as diplomatic representatives of King Henry VIII. Their discussion of Hemingway’s literary merits is such a funny reading, and then they try to explain who they are to Hemingway himself…

I did not know, reading the story, that it is part of a vast multi-author project, the ‘Heroes in Hell’ series. I’m sure that not all books from it are up to the high level of ‘Gilgamesh in Outback’, but I’ll probably check on it.