by Winona Burgett 5 months ago in future

A story of love 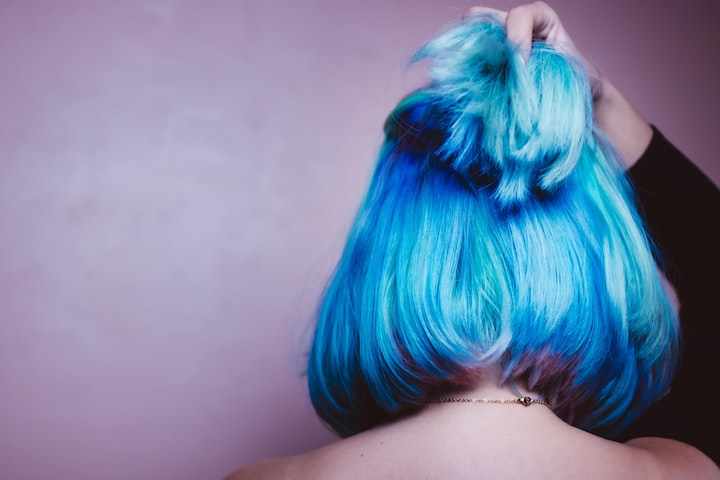 Photo by Luis Quintero on Unsplash

I wasn't with the faithful when it began. We had been taken to an empty farm house the otherside of the mountains from town. Shoved into dark rooms and guarded by men with guns. My ex husband had come to claim my daughter. He had never been one of us but they interrogated him anyway. Finally they allowed him to take her. She was crying and clinging to me. I was strangely calm, placating her with soothing and encouraging words, stroking her funny blue hair. I removed my locket and gave it to her. Inside were our pictures, face to face, as if in a kiss. I kissed her hands, her face and her hair. I let her go. As i always knew i would. Her face, her eyes were all i could think about from then on.

I took the opportunity to escape later that week. There were nightly toilet trips. The guards had grown tired and sloppy, they had begun to trust pur submissive nature. So it was easy really to slip into the shadows. I tore my skin on the barbed wire fences but barely felt the pain, my mind focused on the depth of fear i had seen in her eyes.

So when the end began, I was not where I ought to have been. With my brethren. In fact I didn't know where I was. I had walked for days through scrub and bush, hungry and cold. Sometimes up hill and sometimes down, but seemingly no closer to my destination. If they caught me, they would take me back. But if i could only get to my exes farmhouse, at the edge of town, i could hide in the forest until it was time.

But I didn't make it in time. The end had been closer than I anticipated. And nothing like i might have imagined. First the earth began to shake. From side to side and back and forth, as if it were a terrible theme park ride designed to make you vomit. I lay flat, willing and praying for the swaying trees not to break and fall on me. I wish they had. Because then the fire started to fall. Massive balls of fire. The impact of their weight hitting the earth propelled me through the air like i had been lying on a trampoline. And forest erupted into fire. I ran, only to be tossed again by another burning lump hitting the earth. I rolled into a ball, screaming and whimpering. And praying for my daughter and for forgiveness. I waited for my death. The heat of the flames licked at my skin and i writhed in pain. But no solace of death came. Instead hours and hours of fear and pain as fire took over the mountain. Every where i turned to flee, fresh flames ignited. I stumbled through the smoke and heat, twisting my ankle as i fell into a creek. Remembering stories of bush fire survivors i took off my shirt and pants, soaked them in the water and wrapped them around my head. I crouched under a rock and pressed my body against the bank to avoid the falling flaming debris.

I was still there when the Faithful found me. Naked. Blistered. Shivering and cold. I wanted her to be there, amongst them. I longed to see her face there with them. They were so happy to see me, gave me there clothes and helped me stand and walk. Yet i hated them all in that moment. They werent her. They didnt have her. Why hadnt they gone to her first? My unreasonable brain screamed.

We walked for days, huddling together at night. The brothers took the lead, finding easier pathways for the sisters and children. I didn't have to think. I didn't know where were headed, but i gave myself over to them. Trusting them. Feeling repentant, humbled by their love and care.

There was no town left when we finally arrived there. Only a clearing. Not even rubble or bones. Just clean dirt. As if the hand of God himself had come down and wiped it clean. We all stood in amazed wonderment. And then the pain hit me. Like someone reached in and tore my heart from my body. My daughter! Where was she? I could see nothing for miles around! My God !My God! What have you done? How could you take her and not me? Me who deserved to die! Her so beautiful and pure! Someone held me as I sobbed.

It was years until I saw her again. And when I Did, I almost didn't recognize her. She was grown, an adult now. The teenage rebellious blue long gone. Her face was slimmer and more developed. Her breasts full and her legs voluptuous. She saw me though, in the crowd. A yearly celebration of The End, we had gathered at the clearing of Town. Several bonfires burned to commemorate the fire and brimstone. Loud drumming shook the earth every evening for 7 days as we swayed and remembered how the earth had shaken us.

I don't know why it took her so long to return. I had heard of her survival and had wanted to look for her. But they counseled me to stay and wait for Her, where she knew she could find me. I stayed and worked the earth I was given. I planted and harvested and waited. I didn't build as others did. I slept under a tree and waited for my daughter. She never told me what took her so long. I never asked. I just drank her in. Her eyes. Her face. The beauty of her body.

She didn't stay. I wanted to leave with her but she didn't invite me. We had days together of happy tears and love. And then, when the festival ended, she chose to depart. She wouldn't say where she was going. I think she needed to find her own way in this New World. She did say she would return, but many festivals have come and gone. And she has not.

As she was leaving, she took off her necklace with the locket and gave it to me. She kissed my hands, my face and my hair. At night when I look to the starry heavens, I see her face. During the day as I tend to the earth, I see her eyes.