The Edge of Fortune

by Jilana Booker 8 months ago in fantasy 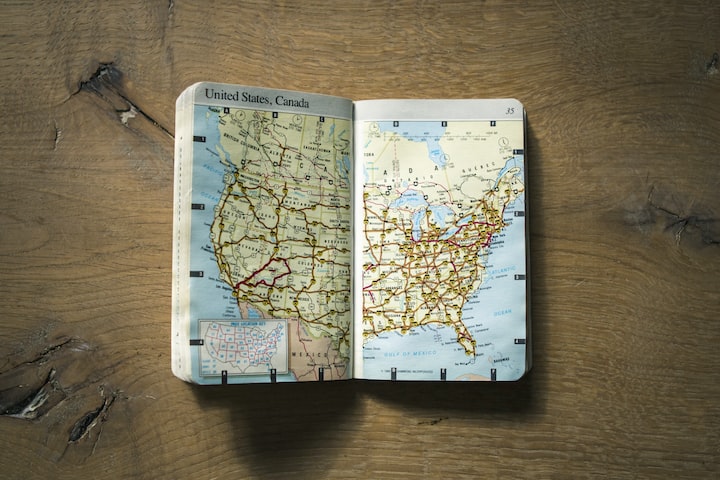 Photo by REVOLT on Unsplash

Noting the spine of the book she touched, Clancy let her hand slowly glide along the other books stacked haphazardly on the shelf. It was 2121 and books were rare. Library was a word she recalled as an echo, passed down from generations of stories that brought books to life for her in a way she has never seen in her world. A loud buzz caught her attention and she peered up from her crouched position at the back of the history museum, to notice the other teenagers that had come on this knowledge trip. Each stood with their heads bent over a device, fingers flying over the weightless keys, which were suspended in the air like magic. The teach-bot appeared pleased, rattling words out in competition with the clatter of typing keys, a fervent note-taking ritual that Clancy found disturbing.

She looked down at her coat and checked that the prohibited, built-in recorder she carried in her pocket was still doing the listening for her, and quickly re-focused her attention on the tiny shelf of books her hand still touched. She was always a little rebel. Even when growing up, her fiery red curls defied nature itself, and always drew curious looks wherever she went. For they were not the loose bouncy curls of her mother’s family, but the tight curls that formed an afro halo fit for the queen. And like the queen of Mixland, Clancy’s brown skin gleamed wherever she went, and even more prominently if the sun ever kissed their land. Her hair and skin proudly speak to an inheritance of two worlds that rarely met in life or love. Her parents defied the odds and lost their lives for it, leaving her and two younger brothers to grow up in a forgotten corner of the world, where the mixed ones were allowed. Books, libraries, history: those were all rarities here and Clancy could not give up the chance to touch these books, treasures really, while she could.

An old bots’ tale suggests that this building belonged to her grandfather who, upon witnessing the love between his son and Clancy’s mother, was determined to record the stories that mattered. The stories of love that were hidden from the purebloods; the stories that white privilege, black strength, and brown resilience do not allow. Here tucked away in Mixland, in the North Pole, at the very tip of the earth, her grandfather created a copy of a world that Clancy could only picture in her imagination. So, as the teach-bot took the other students a little farther into the dark museum, Clancy sank down on the floor and read about the other continents and people of the 21st century, the people who experienced life before the bots.

She was swept away, into a world with a multitude of perspectives, ideas, and opinions, where speech was free, and thoughts were unfiltered.

"Nothing like this place." her intrusive thoughts whispered before she was drawn deeper into a world she tried to imagine herself a part of ever so often.

It must have been an hour before the assistant teacher happened upon her and quickly ushered her back to her peers with their buzzing keyboards. Silently, and timidly, before the teach-bot noticed. The human assistants always seemed slightly afraid of the bots. And that only fueled Clancy's silent outrage.

"Why is my knowledge restricted to what you want to show me?" Clancy's thoughts interrupted again. "Why do I know nothing of the world outside of what you teach me?"

Shutting out the rebellious thoughts before it triggered the strong emotional intelligence of the teach-bot to react, Clancy turned her thoughts to her brothers, cringing internally at their plight. She still could not believe that she would be leaving them behind in a few weeks, on her 18th birthday. They were also in another classroom on these grounds, enjoying the resources provided here for the orphans. With her grandfather's legacy stolen after his death, they were alone and penniless upon their release from this place. Orphans were not in control of their destinies. After all, someone had to do the work that was even below the bots. The water work was too rough on their electrons, and therefore the cleaning of the public sewage and the scrubbing of toilets, walls, and the floors of the rich were left to the orphans. Unless you had an alternative when you became eighteen, you were pushed out of this cocoon - that had more in comparison with the cold, hard shell of a snail than the soft warmth of a chrysalis - and sent directly to the Roughage.

The group moved on to another dusty section of the history museum and just as students were asked to explore freely a flash of gold caught Clancy’s eye. Indeed, having never seen a C outlined in gold, Clancy was drawn once again to the shelf of books. This time at the very corner of the second shelf Clancy confirmed what drew her to the little black book from across the room. As she peered closer, her breath caught in her throat. For the gold lettering called to her once more in the form of her initials.

Of course, it could just be the word claw exaggerated for viewing by the periods. But what are the odds? Could it be her name that she would very rarely state fully to anyone, embarrassed of its length?

Her first name was her parents in a nutshell, Clarence and Nancy. Her second name was inherited from her father’s mother. The third from her mother’s mother and a story of a red-headed adventurous girl called Anne with an “E”. Of course, the last was her father’s family name.

At that moment, the gathering of the students for departure interrupted her musings, and with a silent promise to return it here during her classrooms’ second knowledge trip, Clancy slipped the slender black book with the gold lettering into her coat pockets.

In her bed that night, while the other girls’ snores rose around her, Clancy recreated a scene she had read in a book years before. She clicked on a penlight under her sheets, creating a secure reading tent, and examined the black book more closely. She ran her hand over the gold lettering:

A claw is a powerful thing to possess. It is protection, the ability to pull yourself up from unnatural depths, climb walls to freedom, and pull others to safety. Clancy was surprised that she could know herself for almost eighteen years, and yet never connected her names to this word. She quickly opens the book, immediately noticing the penned words.

"A family’s love resounds through generations"

For our daughter Clancy

Clancy’s eyes filled with tears, but they stayed balanced on her eyelids like pools of hope afraid to flood her face. She turned the pages, quickly soaking in words from her mother and father, that were meant to record their happiness and joy at giving life to such a vibrant, adventurous soul! Clancy read, unaware of the passing hours, of her willful moments as a toddler, and family adventures in African Safaris and Caribbean Oceans, before the world shifted on its axis and became an ugly place that craved the blood of the mixed ones. Clancy eventually turned out the light and closed her heavy eyelids. She let the tears slide down her face, sobbing softly into the pillow that eagerly drank up the flow like a thirsty thing. Slowly, she drifted to sleep, waking to the shrill of the first morning bell.

Clancy scrambled up from her bed, determined to secure the book before the bots found it. In her rush to slip it between the floorboards, she noticed a page slipping out from the folds of the book and promised to examine it more closely during her reading adventures that night. The day passed slowly, painful hours of waiting until she could get back to her book. In bed that night Clancy waited in hushed anticipation of the rising snores. A sorrowful smile danced on her lips as mixed memories of her parents’ love and tragic passing played like a movie in her head.

Finally, it was time to reach between the floorboards for the book. Clancy once again covered herself from head to toe in her sheet, not yet knowing that when she emerged from her makeshift cocoon, her life would be changed forever! For that night at the orphanage, which was the scene for most of her memorable life, under a sheet tent with a penlight, Clancy discovered a signed document that released her from a life in the Roughage. A document that made her $20,000 richer than she was knowledgeable of the day prior! Her parents had found a way to hide a sizable inheritance for her on Mixland Island. She was an heiress!

A few weeks later, Clancy walked out of the Orphanage with a treasure map and the little black book tucked near her heart, her ticket to a bright future ahead for her siblings. She lifted her face to the rare sunshine illuminating the island and inhaled the fresh air, eager to start her journey. The hagglers waited to take the new adults to the Roughage, but Clancy slipped through the crowds and made her way to the forest, where her grandfather had hidden the trunk from her parents’ belongings when they arrived. As she ducked and darted behind the scrubs and trees, Clancy considered what $20,000 would mean for her family, and imagined like she did so many times in the past few weeks, walking into the orphanage with proof of a sizable bank account and a home, ready to welcome her brothers.

The dangers of the forest loomed ahead but Clancy knew that with this little black book of wonders and the strength of her ancestors, she could do anything!