The Comet We Saw That Day

by Barrett McInerney 2 months ago in astronomy
Report Story 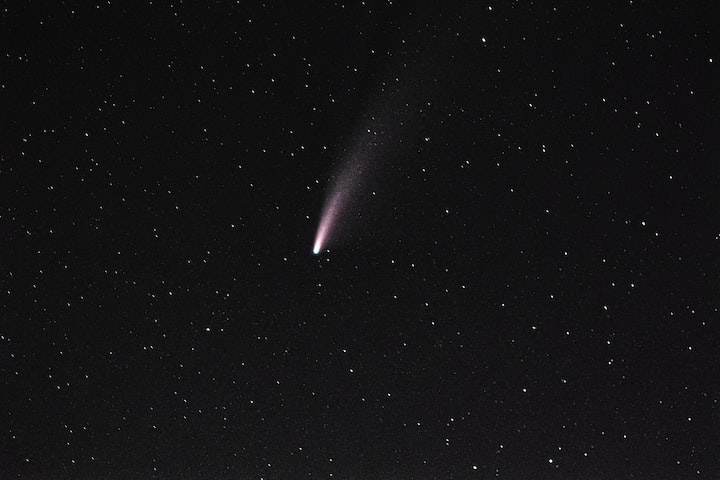 Photo by Luis Lara on Unsplash

There is a theory in the astrology world that as consciousness rises, so follows celestial discoveries. Astrologers find this to be absolutely true. Uranus, the planet of lightning and invention was discovered during the Western Enlightenment. Neptune, of alcohol and madness, was uncovered in years of alcohol, consumption, and despair. And Pluto, named for the God of death, was discovered in 1930, as the triplet of evil of Stalin, Hitler and Mussolini tormented the earth.

Earth Day, 1970 created a domino effect for the planet’s health. The 1970’s introduced the world to the fast-growing environmentalist movement. A successful Earth Day gave way to the Clean Air Act, Clean Water Act, and most importantly, a grassroots movement to protect the earth from negative change.

It was during our collective notification that our environment on earth was being degraded, that we discovered the incredible comet in the late ’70’s, Chiron. Chiron orbits the sun between Saturn and Uranus. Called a ‘maverick planet’ for its dizzying elliptical orbit, Chiron is sometimes close and sometimes extremely far away.

It was called maverick for its highly unusual, dizzying elliptical orbit. Chiron was also referred to as the rainbow bridge, a piece of space straddling the line between the inner planets that are close to us to the massive giants like Neptune and Uranus. Chiron connects them in consciousness.

If Jupiter recognizes our gifts, and Mars our passion; Neptune our holiness and Uranus our patterns, Chiron represents our most formidable life wound. The most common phrase used to represent Chiron is “wounded healer.” Mythologically, Chiron’s story is of a demigod that healed himself. Chiron healed from a poisoned arrow.

Through education and temerity, Chiron healed himself and others. Chiron works off the idea that by healing our most egregious wounds, we can expand our consciousness and find brighter horizons. Through careful examination of Chiron’s space in our own personal natal chart, we expand and we grow.

Our Chironic wounds tend to be strong wounds. Chiron’s placement in a birth chart clearly points out traumas. It’s deep and powerful, not likely subtle. For example, Chiron in the 4th house in the sky would point to a great wounding around a matriarch or mother figure. Chiron in the 7th house would represent a deep romantic wounding, poor parenting, or a messy divorce in matters of business and finance.

The constellation Virgo shines so brightly in Chiron. By healing Chironic wounds through reflection and diligence, Virgoan energy is extremely useful and beneficial. It was only through its late-hour introduction to the astrological world stage that the relationship was first noted between of the two. Both the planet and the sign are heavy on self-reflection, alone time, self-criticism, and picking at our faults in order to understand deeper consciousness. Self-reflection is an appropriate way of healing wounds.

The constellation Virgo’s heavenly mandate is to separate the wheat from the chaff. Virgo’s preferred method of healing is using intense self-reflection to heal wounds. These wounds can become healed for a lifetime if handled with intensity and self-care. Chironic healing has the bonus of refining our character and elevating from the lowest, most damaged parts of our consciousness.

It is no longer a debate which sign Chiron rules. Though that mystery is cleared up, there is more to Chiron and its fellow trans-Neptunian objects (called the “centaurs”) in need of discovery, still.

Once thought to be a single errant traveler from another solar system, we now understand that the comet Chiron is part of a larger group of comet-like objects who move unpredictably, and far away.

Nearly 50 years after its discovery, Chiron is still teaching us how to heal the worst of our wounds.

I write stories about the planets and what they tell us. Seeing the world through an open heart, mysticism, and astrology.