by Farmer Nick 3 months ago in science fiction

And the Plant Explorer 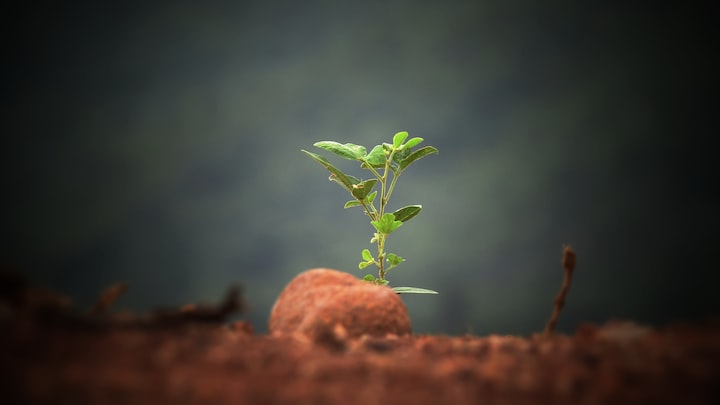 Photo by Sushobhan Badhai on Unsplash

The year was 2302 and 88% of the Earth’s landmass was underwater. The ice caps had finally melted, and sea level and temperature were in a race to see who could rise the fastest. The remaining colonies lived on floating barges. The rich lived in walled cities made of steel and screens. The very rich fled for the stars many years ago.

New New York was a series of gray barges constructed from aluminum and ocean plastic. Each family had their own 25x25 square foot lot and a roof for Amazon drone deliveries. The mass extended for miles, and the only thing that broke the plane were the few skyscraper islands that burst forth from below. There used to be a real island there many years ago but it drowned in Tsunami 29C.

David didn’t care though. The New New York barge was home to his family for generations, and he had never traveled to a coastal city like Denver before. In fact, he had never stepped foot on land at all but truthfully he had no desire to. Barge life was the only life he knew and he would much rather brave the dry hurricanes (it hadn’t rained in 698 days) than the fires on land. He was, what some would call, an optimist.

David was a deep water diver even though he couldn’t swim. He’d always wanted to learn but swimming was outlawed by the People’s Pollution Protection Act in 2204 after the fish abandoned the waters. Instead, he was tasked with operating a drone submarine; combing the charcoal-colored waters of Old New York in search of scrap metal. It wasn’t a lucrative job, but it paid for his family’s supply of breathable air. He was 16.

Most people on the barge barely made it through the day without their mood enhancers, but David liked his work. From his small room, he would dive his drone down into the depths and swim quietly through the streets on his ten inch screen. The city wasn’t much to look at now, it was mostly rubble and bubbles, but still David wondered what life was like in Old New York. Life on land; on real earth. They must have suffered so much.

On his final shift of the week, something peculiar happened. David had already dropped off two tons of scrap at the refinery (an admirable haul by any diver’s standards) so he took a break to swim through his favorite museum. The Natu His.

The museum was next to the Central Space, an unbuilt gap in the center of the underwater city that David suspected must have been the home to a glorious palace, and he maneuvered his sub up the steps of the museum. Most of the museum’s contents had already washed away, but David still enjoyed paddling through the wide hallways.

On this particular trip he made a left instead of his usual right, and discovered a room with a series of chests. Most were damaged beyond repair but as David moved his robotic arm through the debris, he noticed a smaller plastic chest that was sealed shut. It was rare to find an artifact, and his protocol stated that it was illegal to bring non-scrap material above the surface. But this discovery stirred something in him.

He couldn’t keep living on scraps.

David was an obedient citizen but he didn’t hesitate snatching up his treasure and setting a course to the surface.

He put his gas mask on and walked to the pier. It was particularly smoggy that day which was convenient for espionage like this. He had never seen the true blue sky or the sun, but David always trusted it was there. It was 119 degrees after all.

The sub broke the surface and David scooped up his prize. He returned home just in time to hide the chest in his room before sitting down to dinner with his mother.

Dinner was the same every night - protein blocks and nutrition powder - delivered by the drones each week. He dusted his block with nutrition powder and ate it. It sank to the bottom of his stomach like his sub.

He excused himself from the table and returned to his room to inspect the chest. He wasn’t sure how old it was, but it was in good condition (plastic lasts thousands of years after all). He used a screwdriver to pry it open. His hands were shaking as he lifted the lid. The reveal was anticlimactic.

Inside there were three items: a little black book, a stack of green paper and a glass jar full of brown dust. David frowned.

Although he was one of the few kids his age that knew how to read, books were outdated and reading was nearly obsolete. If you wanted information, you simply downloaded it from the app store to your PIC (Personal Internal Computer).

The green paper turned out to be an old form of American currency ($20,000 to be exact) that had been retired after the world turned to crypto.

He was at a loss for the brown dust.

Disappointed, David tossed the chest off his bed. The money fluttered to the floor, the jar rolled under his bed and the little black book collapsed on the linoleum, spilling small white squares of paper in its wake.

He got up to clean the mess, when he realized there were little dots inside the white squares. Some looked like pale teardrops, others had streaked patterns, and a few resembled black periods at the end of a sentence. Each packet was labeled.

“What the heck is kale?” thought David.

His interest revived, he picked up the book and opened it to the first page. It had been years since he had needed to read anything but he was able to decode the handwriting.

I hope this letter finds you in sunshine and not the shade.

This is all that I have left to give. You may do with it what you want, but I implore you to use it to find land. This almanac contains all of the knowledge I have and it will teach you everything you need to know. We cannot forsake the soil. We must sow seeds to rebuild that which we have lost. It’s what your mother would have wanted.

Isn’t the weather gorgeous among the trees?

He who grows, knows,

Soil? Seeds? Trees? These were all foreign terms to David but he was intrigued, so he began leafing through the pages.

This book detailed the process of a phenomenon known as farming. Apparently one could take a seed (the vessels inside the packets), plant it in a type of ground called soil and, under the right conditions, it would grow into something called a plant. These plants could release clean air all by themselves and some even produced bodies called fruits and vegetables - awkwardly-shaped and colorful formations that humans used to eat without nutrition powder.

David was in shock. His grandparents told him stories about living creatures that grew from the bare earth and helped sustain the human race, but he never thought it was possible. Not only did this book describe just that, it was giving him the instructions to do it, and it was filled with notes, numbers, charts, calendars, and imaginative illustrations.

He spent the entire night reading; immersing himself in the almanac’s gospel. Purpose had taken root in his mind and, and the next morning David began to plant.

He opened the jar of brown dust, which he deduced was the soil, and rubbed some of it between his fingers. It appeared dry and dead, but it was his first time touching the earth.

He rationed the soil into three little cups, poked holes in the bottom and sowed a seed in each. He didn’t have a window in his room, not that there was any sunshine, so he placed the cups underneath his lamp. He poured fresh water into the pots and cut up the useless currency bills to use as mulch. David waited.

A day passed. Nothing. He gave them water again the next day. Still nothing. He was getting thirsty.

David wasn’t entirely sure what to expect but he was certain that it hadn't happened yet. Days turned into longer days, and longer days turned into weeks. He scoured the almanac looking for the answers but Dad didn’t provide much assurance.

Some seeds make it. Some don’t. It is why we keep planting.

And if by some miracle, the thing that was supposed to happen happened the next morning. David woke to see little green sprouts reaching towards the sky. He had never seen such a vibrant green, full of life and vigor. The innocence of it all moved him to tears, but the moment was short lived. David remembered the almanac's warning.

The seedlings won’t survive long. They must be planted in the ground. Find land.

David hadn’t thought this far ahead. If he was to be the botanical prophet that would resurrect the plants, he couldn’t stay here. He had to leave.

That night he filled his pack water and protein blocks, boarded his sub and set a course North. No one would notice that he was gone. He didn’t say goodbye to his mother.

He’d never actually been inside his sub before but he enjoyed viewing the world beyond his screen. It was pitch black except for the flashlight that he shone on the seedlings. Ten hours on, 14 hours off. It was the only way he kept track of the days.

Five days passed and there was no sign of land on the radar. David was on his last protein block and most of the water went to the seedlings. They kept growing with undeterred resolve. If only they knew.

On the seventh day David woke to a flashing red alarm. The sub’s battery was dying and the mission was over. He wept as the lifeless vessel breached the surface. He opened the hatch but was immediately blinded as light flooded into the sub. Disoriented, he braced himself as he removed his gas mask and peered cautiously over the edge.

As his eyes adjusted, he could see a blue, yes blue, sky and the ocean was a crystal clear green in all directions. It was the most beautiful sight he had ever seen. He took a deep breath of clean air. It tasted incredible.

David leaned over the edge of the hatch and peered at his own reflection in the water. His face was gaunt from dehydration but he didn’t care. He was mesmerized by the glittering shimmers of swirling fish below.

He could have spent hours watching them dance when a sudden wave pitched him from the hatch and he tumbled into the water. Gasping for air, he clung to the robotic arm of the sub as a sea monster emerged beside him. A geyser of ocean spray shot up into the air as its slick back lifted out of the water. Its powerful tail gently arched over David, showering him in droplets before calmly slipping back into the water.

David wasn’t sure how long he stayed there, bobbing up and down in the water, but reality had finally set in. He climbed back into the sub and pulled out the seedlings. They were nearly a foot tall now, and he fastened each to the top of the closed hatch. He poured the last of the remaining water into the soil and laid the almanac down next to them.

He jumped back into the water and floated on his back for a while, staring at the sun and sky. A winged creature flew overhead. What a day to be alive.

And with one final push, he let go of the sub and began to swim.

See all posts by Farmer Nick →