by Greg Seebregts about a month ago in scifi movie

Aliens are invading us again?

I'm pretty sure I've mentioned this before but I'm a huge sci-fi fan. People have asked me in the past:

The answer is: I don't have one single favorite. I have multiple favorites: Doomsday, Bloodsuckers, Star Wars Episode III: Revenge of the Sith...the list continues but you get the idea.

With that said, I'm also very picky about the sci-fi that I watch or rather re-watch. Admittedly, it's not that hard for a film to entertain me - that's the whole point of a film - but if I get bored halfway through the film then it's not really something I'll likely watch again. The sheer amount of sci-fi entertainment out there means that I'll always find something at least mildly entertaining. I've heard a lot criticism aimed at the genre for being either alien invasion or apocalypse/post-apocalypse stories and I understand that but most of the time it doesn't bother me; if I like it great and if not then I don't watch it again.

This brings us to the subject of this review: The 5th Wave.

An Unknown Title on Netflix: What is The 5th Wave? 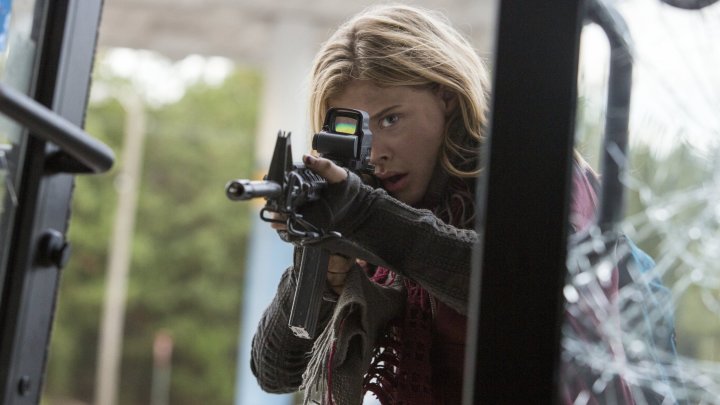 Cassie hunting for supplies (The Guardian)

I love finding obscure titles that almost nobody's heard of because it gives me hope that the genre may survive the trend of ghastly remakes of the last few years. Now, I should point out that I've been burned by obscure titles before where they look great and end up being a slog to get through. Still I was browsing on Netflix looking for something to watch and found The 5th Wave on my 'To Watch' list. I've no idea when I put it there but I decided that if nothing else the premise was interesting and, come on, you're supposed to watch campy movies on Friday nights...or is that just me?

The 5th Wave was based on a YA sci-fi novel of the same name by Rick Yancey; it was released in 2016 to a largely negative critical reception although it did make $109 million on a $54 million budget.

I haven't read the book myself so I don't know how closely the film stuck to its source material but let's get to what you guys clicked for!

Oh, and there will be some spoilers ahead!

An unknown alien species (called 'others' in the film) sets about invading the earth. They do this through 4 waves of assault; bringing human civilization to its knees. The survivors of the first four waves are contacted by what's left of the US military who take all the children to a military base nearby. Among the survivors Cassie Sullivan ends up left behind as the other children are taken away.

Since she was left behind, Cassie witnesses the breakdown of communication between the parents left behind and the military personnel; resulting in a mass shootout that kills pretty much everyone. She later teams up with a guy named Evan to get to the military base where her brother is being held.

Of course, nothing is what it seems and Cassie will have to move fast to get her brother back. 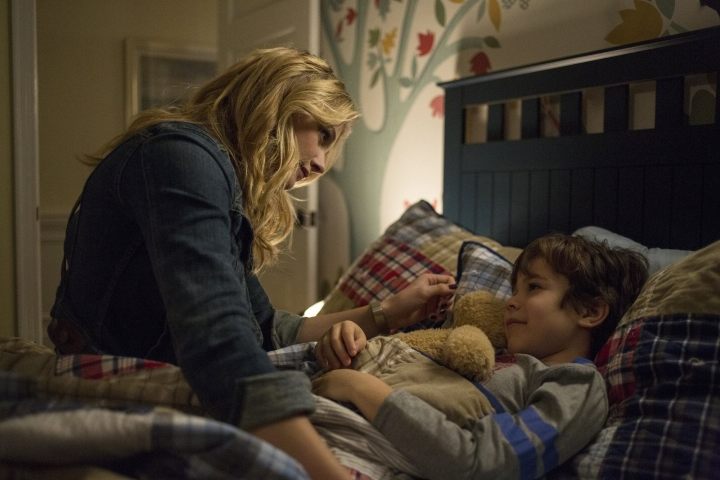 Overall, not a bad plot; a bit generic with the alien invasion thing but at least the approach to the conquest was interesting. I've seen so many alien invasion movies where the aliens come in these massive ships and drop robots or some other similar piece of tech to conquer the planet.

It's a little stale by now, let's be real; but the aliens in this film do things differently. The idea of an alien invasion where they start by wiping out most of the technology and then start causing natural calamities (i.e. Earthquakes) and moving on to a viral epidemic is scary; serving to illustrate just how far these 'others' will go to get what they want.

I also really liked that the alien attacks came in waves. It's not like the aliens just show up and instantaneously have everything they need to wipe out human civilization. These guys have actually planned this out very carefully with each wave strategically executed to remove potential threats to the invaders (i.e. technology) or to inflict psychological harm (i.e. disease and natural disasters). This, to me serves to make the aliens more threatening than you'd typically find.

The cast did a great job, the writing was a little hokey in places but the cast really did a good job with what they had. Liev Schreiber is fantastic as the army Colonel and Chloe Grace Moretz does the role of an older sister in search of a younger sibling very, very well.

Okay, so I liked a lot of what this movie had to offer but there two things that irritated me - just a little bit.

First off, the romance(s). Cassie is introduced chatting with her best friend about boys. Cool, the guy she's crushing on is Ben Parrish; fantastic. Ben is the captain of the football team, has solid grades and is fairly good looking; fine. What else can you tell me about Ben? Well...he has a younger sister. Okay...what else? His sister died during one of the alien attacks and he's all torn up about it. Oh, and he survived the avian flu attack - gaining the nickname Zombie as a result.

Now, I don't have a problem with the romance angle itself. I do have an issue with Ben Parrish. He's a blank slate, we don't learn much about him apart from the fact that 1. Cassie is crushing on him and 2. he's on the football team. We don't learn about his home life. We never meet his parents or his sister and so it's essentially meaningless when he mentions that he has no family left. How are we supposed to care about characters that we've never met? He also has very little in terms of personality - though you could probably make the argument that he's severely shell-shocked or depressed. 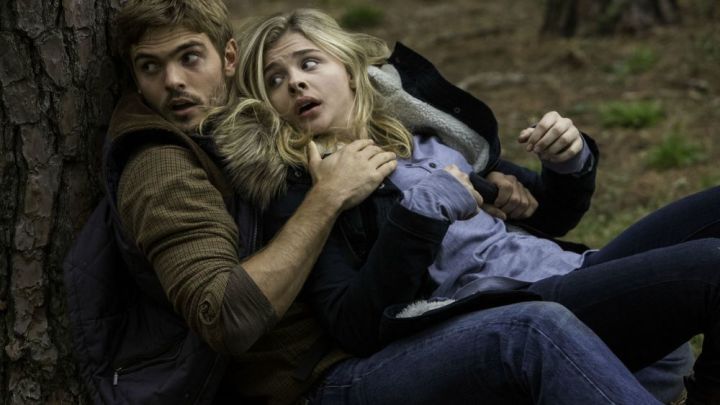 The other love interest is Evan, a guy that Cassie meets when he saves her life. He's got a bit more charisma to him so her finding him attractive is understandable but Evan also brings out the dreaded love triangle trope that is so prevalent in YA adaptations nowadays. Let me clarify: I've got no problem with love triangles but it's getting to be a bit much (personally I can blame Twilight for this, I think).

In Evan's case, my main issue is that the romance doesn't really build; it just kinda happens.

Second, the wasted potential. This film had a lot of potential to be something other than the typical YA novel adaptation. It could've been darker, more visceral and, frankly more real. The characters could've been more realized; with a bit of exploration given to their backstories and their emotional scars brought on by the invasion. This probably would've made the film a lot darker than a teen audience would enjoy but it's still an interesting angle.

The last thing that really bugged me was the ending. I won't spoil it by giving details but I will say that it left me wanting more. I didn't hate the ending but I wanted a more fulfilling ending.

Final Thoughts: Is The 5th Wave Worth a Watch?

Personally, I enjoyed the film; it's not perfect - no film is - but it's better than I'd expected - come on the last alien invasion movie I saw was 2012's Battleship and that was terrible! An important thing to know about me is that I don't typically go into a film with expectations of any kind (thereby avoiding major disappointment). Which brings me to the question that you're all probably asking: is The 5th Wave worth watching?

Yes and no. If you're looking for a deep psychological sci-fi thriller then this is probably not the film for you. On the other hand, if you're just looking for something to watch on a Friday night; then yeah give it a go and see how you like it.

I'm a South African writer, blogger and English tutor; I've published 1 novel and am working on publishing a 2nd. I also write reviews on whatever interests me. I have a YouTube Channel as well where I review books, and manga and so on.

See all posts by Greg Seebregts →