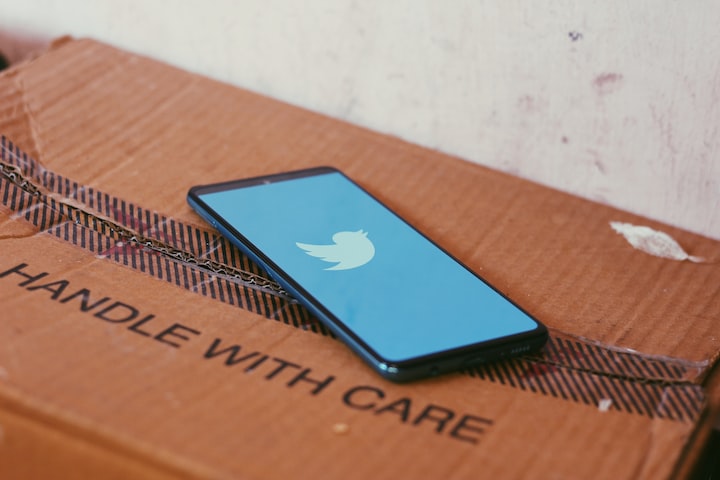 Photo by Ravi Sharma on Unsplash

Ironically enough the drone that dropped the box at my doorstep, was a Testa model prototype. I figured a laugh was in order as the drone continued to hover in front of ﻿me after releasing the closed box, while holding a tablet for me to sign. As a board member for Testa I obliged the signature for our prototype model with pause or hesitation. This initial launch seemed out of place, however Felon Must always advised us to expect the unordinary at any moment in time. So I had just accepted this as one of those times. As I looked back at the drone while it moved through the air in a very silent and unattracting way, the logo or should I say our trademark was completely different.

My focus was suddenly fixated on this small rectangular box that I had just signed for. Quickly my thoughts became full of panic and curiosity on the sender of this box and the contents of this box. The packaging tape on the seams of the box was also revealing "open with care if you dare" and another phrase also on the brown packaging tape that read"2023 Lottery Winning Numbers". The more my eyes glared at the packaging tape, I was able to see reflective symbols or letters on the box itself. The easiest way to explain this box's reflective symbols or letters is much like security imprints on paper currency. On currency the reflective symbols are a security feature to avoid counterfeiting. My eyes shifted to the packaging tape once again and were in a hard stare at the numbers 2023. Currently we are in November of 2022 Thanksgiving Day. My thoughts and emotions were both mixed with concern, fear, excitement and anxiety. My watch alarm went off and freaked me out of this weirded mental state I was in. I caught my timer on my watch and reset it again for fifteen minutes.

I turned around and was about to walk up my stairs and through my front door and re-engage with the Thanksgiving celebrations in my home. That's when my true fear came over me like a roller coaster on a downward ninety degree pitch. My stomach was like a simulation of rolling thunder in a category nine hurricane. I started to heave slightly and regurgitate the wine an caramelized snails that the Smiths had brought. I managed to swallow the God awful mixture while still fixated on the box. While my alarm was off there was this ticking noise that was very faint and muffled. That sick feeling came back as I realized the ticking was from the box itself.

Now I had a situation I could not easily remedy. I did not want to go in the house and have to explain this, if time is of the essence. Nor did I want to open the box and have an explosion, or prank, or even worse, a breach of my employment, if this was a proprietary test of secrecy. High paying jobs at Testa are few and far between for Astrophysists. The box then started to shake and as I held carefully, the security symbols had vanished. I drilled down my eyes again, and sure enough, no more symbols. Actually, the writing on the tape was gone too and the box almost started to look aged. The corners were rounding and the seams were starting to separate. Just then my watch alarm sounded again at the fifteen minute mark. The alarm so you know was to allow me to be mentally focused at all times.

I disarmed the timer and glanced at the box again. The tape now read"time to open". That's just what I did. I aggressively tore open the box and looked inside and could not believe what I was looking at. In all the years of study for Astrophysics and my employment at Testa, there was no greater payment of knowledge than what I was staring at inside this box. The long standing Universal question of Schradinger's cat was answered. Yet before I could raise my voice in triumphant jubilation I grabbed my chest with both hands and dropped the box as I fell to the ground and everything around me became black.

I have addictions, that drives my creativity. Coffee is definately is my current addiction. If you find anything amusing, appalling, upsetting or insightful, that was my goal. Tipping me a coffee truly does go a long way.

More stories from Matthew Mikituk and writers in Futurism and other communities.