by Noaria07 7 months ago in fantasy 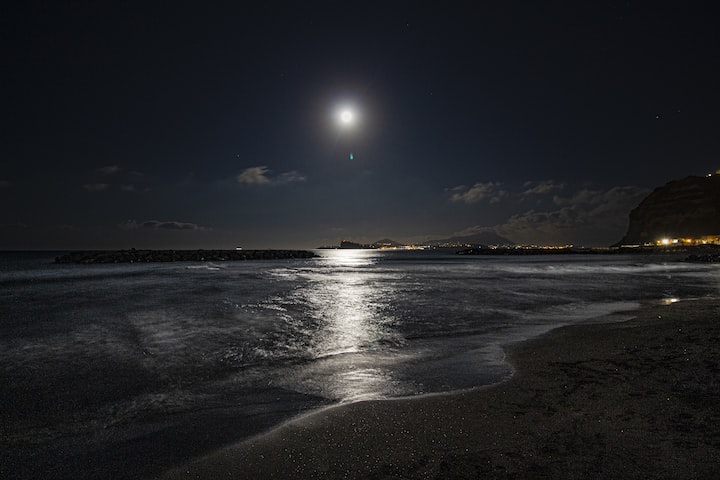 Photo by Davide Sibilio on Unsplash

I could be in a war meeting in Lancett Hall with my brothers and sisters, planning to dismantle the government that took away the only woman who has ever meant anything to me. Pouring the burning, liquid hatred of my soul into brutal guerilla tactics that would break even the most disciplined armies. But I can’t be. I can’t form a real complex thought. A thought about battle strategy or morale isn’t even a possibility at this point.

Instead, I sit here on the Great Bridge, looking out into the vast ocean. The Great Bridge is a massive structure – a bridge – that sits on the mouth of the Queen’s River overlooking the point where it empties into Ocean One. I sit here, a bottle of grain alcohol in one hand, a bottle of wine in the other, several thousand feet above the water watching the waves crash against the Sylvan and Rowan shores. Sylvannia, the nation for which I harbor my deepest, most soul-crushing feelings of hatred. And Rowan, the nation which will take no actions to stop the atrocities that my people endure daily. Between these two countries, between two wicked rulers, nests a scene of unrivaled beauty. Ocean One. A sparkling, nearly entirely unpolluted ocean – a result of the strict regulation on trash disposal in two countries with militaries that specialize in water-based nature magic. Above the waves, Leila, the star that lights the night sky shines down, sending shimmers across the waters and illuminating the packs of dolphins playing in the distance.

I can remember sitting on that bridge like it happened only hours ago – I can relive it on command. I remember rising to my feet. Drunk, angry, seventeen, wondering if this war would ever end – if my people would ever be set free. I drew my gun from the waistband of my pants and let it drop to the water below as I counted in my head. Somewhere around 11 seconds before I heard the sound of it crashing into the water below. I took one last look out to the horizon and a boat caught my eye. It wasn’t a sailboat powered by wind or water magic. It was too large to be powered by a single creature but was moving at a speed that could only be the result of magic.

“Do you like watching the dolphins from up here too, sir? They’re my favorite.”

I turned my head to see a young, green-eyed Sylvan child standing with his familiar, a white, winged horse, behind me. As I turned around to face him, I watched his facial expression change from innocent happiness in sharing his love of dolphins with a stranger to an inquisitive look, curious about my attire. I was admittedly wearing some pretty odd clothing. A look that was from the time of the Old Ones. A black suit and tie with a traditional white shirt beneath it. It was what they wore to important events and dates – a show of concern or respect for the event that they were attending. As the boy’s eyes scanned my attire, his eyes lingered at my waistline. Before any thoughts could begin to form in my head, years of habit seized control of my body and I quickly adjusted my coat, concerned that he had noticed the bulge of the gun beneath my clothing. He hadn’t, of course. I had just dropped it into the water several hundred meters below, but a habit like that – one practiced and reinforced over 4 years – is not one that’s subject to repression through logic or reasoning. It’s basal.

“I think you’re supposed to tuck in your shirt, sir,” he said, pointing and beginning to frown. “You’re also not supposed to drink that much juice, sir. It’s bad for your health and you could get fat.”

Before I realized it, I was smiling at his observations. He was well-educated and well-spoken. He wore a black trench coat that fell to just below his knees and a family crest which I did not recognize but which identified him as a member of the wealthy – a pine tree in front of ocean waves crashing into the foreground. If he were older, this would have been enough to make me anxious and raise my guard, but his naivety coupled with his relative intelligence sparked my curiosity.

“Are you sure it’s supposed to be tucked? Where’d you hear that?” I asked him, wondering how confident he was in his knowledge of the past. His smile widened before I could finish my sentence as he prepared to confidently tell me all about my suit and tie.

“Uh huh. It’s so people can see your belt! And your belt is supposed to match your shoes,” he said pointing to my shoes and frowning. “Sir, it isn’t safe to stand on the ledge like that. You could fall.” I paused a second, considering my options before I gave my response.

“Thanks, bud,” I said smiling, stepping off of the ledge, and leaning my back onto it. “Why aren’t your parents with you so late at night?”

“They don’t like dolphins much. Plus, my nanny had to go home for the day.” Clearly growing uncomfortable at my line of questioning, the boy began to fidget with his crest. Looking to get what he came for, he stepped to the ledge of the bridge and looked out into the ocean. “Did you know that dolphins help the sick, old, and injured members of their pods? They don’t just leave them behind like most animals.”

“No, I didn’t know that,” I responded, growing more curious by the second, “Why’s that interesting to you?”

“Because even when a dolphin is sick or injured, when it probably doesn’t feel like it’s any use to the pod and may be losing its will to live on, the members of the pod almost unquestioningly help it.”

I paused to recognize the profundity and absurd relevance of the statement that the child had just made and wondered whether or not he was simply regurgitating the thoughts of a tutor or parent.

“It’s a shame that humans don’t take after our aquatic friends,” I muttered – not fully expecting him to grasp the meaning of my statement.

“Humans do. I think it’s the mark of social and intelligent creatures. Perhaps you’re the problem. Maybe your pod is waiting for you to lean on them but you’re not letting them.” The boy seemed serious now. His exaggerated facial expressions and naïve observations gone with his fun facts.

“What makes you think I was talking about myself?” I chuckled nervously.

“Well, because you’re on this bridge alone,” he said, giving me a wry smile that now seemed older than it had just a second ago. I returned his smile, now alarmed at the level of intellect that he was so casually demonstrating but beginning to understand why his parents had allowed him to journey to the Great Bridge alone. I wondered if he was alluding to the fact that I wasn’t watching dolphins with anyone or if he was intentionally suggesting that I had come up to this bridge to suffer alone and in silence.

“What’s your name, bud? I’m Tristan,” I said extending my hand. Without reacting to my outstretched hand, he craned his neck to look a little behind me. Again, he frowned and pointed at a point on the ledge directly behind me.

“Is that yours, Tristan?”

I turned slowly, confused, to find my gun resting on the ledge, bone dry as though it had been sitting there for an eternity. I lifted the gun slowly, weighing it in my hands, wondering whether or not my lack of sleep had begun to cause hallucinations. It was just an old handgun, once called a Desert Eagle .44 Magnum but now just referred to as “a gun” by the general populace who had abandoned them for high magic centuries ago. Still, it was my gun and it had just returned to me from the depths of an ocean. I wondered why the boy hadn’t reacted in fear and repulsion as he saw the gun resting on the ledge. Most people would have run for the hills.

“Um…yeah, it’s mi--” As I turned to answer his question, I realized he had done exactly that. The boy and his familiar were no longer anywhere to be found.

Receive stories by Noaria07 in your feed
Noaria07
Read next: Book Review: "Diderot and the Art of Thinking Freely" by Andrew Curran