Second Letter to the Disciples

by Noah Lloyd 7 days ago in fantasy

The Folly of Fortune 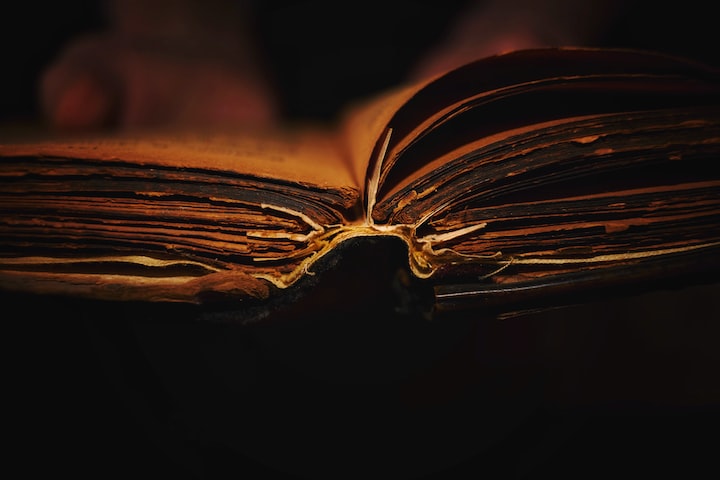 Photo by Sergiu Vălenaș on Unsplash

I have no way of knowing every detail about each one of you, but from my many years of teaching, I have familiarized myself with the most common motivations of students who seek to master the magical. The genuine pursuit of knowledge is often present amongst my disciples and that is something to be grateful for, but I would be speaking a falsehood if I were to say that none of you hold ulterior motives within your hearts. Many, perhaps too many, of my past disciples sought knowledge of the magical for purely utilitarian reasons, that is to say, they seek to gain whatever they desire by using the magical process. Listen closely: if any of you seek prosperity in the material world via the use of magic, banish this corrupt goal at once! You insult magic itself if all it is to you is a method of procuring vain fortunes. Cast the thought out of your sick minds!

You may object by saying, "But what use is the magical if it cannot be used to gain what I want?" You call it a want, I call it a corruption. Yes, one can use magic to create tremendous material achievements, to craft marvels beyond anything an ordinary architect or sculptor can create with their feeble tools. Taken too far, however, and the weeds of corruption can choke the most beautiful creations. We must not acquire a taste for pride or greed. Far too many magic users throughout history have become obsessed with the material, turning a blind eye to the higher realms from which magic originates, focusing their attention on constructing monuments to themselves in the form of military conquest, economic prosperity, and so on. These magic users, without exception, crumble from their glory in a most catastrophic fashion. Their obsession with the material causes them to ignore the transiency of the physical world, and so they fail to remember how everything material comes from dust and returns to dust.

See this as a warning, my disciples: using the magical process to gain social status, political power, material possessions, and the like is a hopeless endeavor for those who set their sights on the ground. Instead, raise your gaze to the sky. See that this world is but a flicker in the everlasting expanse of the all. Yes, the material is part of the universe, but it should never be placed upon a pedestal and worshiped, for no matter how much you are told otherwise, the material will always be a lower phenomenon. We magic users must humble ourselves and come to terms with the insufficiency of worldly possessions. The higher calls to us. How can we listen to the realms of the above if we constantly keep our focus on this realm of the below? Be conscious of the temptations of greed and call them out when they are noticed, for those who can not do so will inevitably be swept away by the temptation and find themselves in the most sorry situations imaginable.

I hope I have made myself clear to each of you. If you were all before me, then perhaps I would see many nodding heads and hums of approval. However, the vain pursuit of fortune does not end in the realm of material manifestations. Let us take a quick step into one of the most popular forms of magic usage: fortune telling. It has come to my understanding that some of my disciples have found themselves very fond of this particular avenue of the magical, while many others only scoff at it. I will not tell you what opinions you should have, but know that fortune telling is a quite legitimate form of magic usage. Tarot cards, for example, though a favorite tool of the charlatan, can access special pools of information that no living creature can detect, but only when they are used and read correctly. Beyond tarot cards, there is the method of creating observation portals that peer into the possible timelines of the immediate future, a far more dangerous and unknown form of fortune telling that requires tremendous skill. However, both the cards and the portals can be used in corrupt manners. After all, if one could see into the future, then what is stopping him from using his future-viewing abilities to gain what he desires? This, too, leads to disaster.

I will not tolerate obsessive fortune-seeking from any of you! Although the ability to restrain oneself from succumbing to this oh-so powerful temptation is perhaps the most difficult thing to ask of someone, when it comes to magic, you must bolster yourselves most effectively against this devil. But what defenses do we have? Is there a spell to be cast? A ritual to carry out? I can not tell you how many times I have wished to use magic to snuff out this temptation altogether, but alas, all attempts ended in failure. The most powerful defense, as it turns out, is not a magical one but a personal strengthening. Strength of character, my disciples! Yes, this stinks of cliche, but it is your greatest hope. Have I not previously written about the inclusion of yourself in the magical process? If you are of a weak character who easily succumbs to temptation, then what does that say about your magical ability?

Steel yourselves against the powerful temptation of acquiring fortunes! Before any of you initialize a magical process, meet with your spirit in deep contemplation and sniff out any corrupt desire for vain fortune. Be wary, for the most corrupt turn a blind eye to their own corruption. This is a law. Break the law at your peril and glory.