by Mark Gagnon 4 months ago in transhumanism
Report Story

Love is really what matters after all. 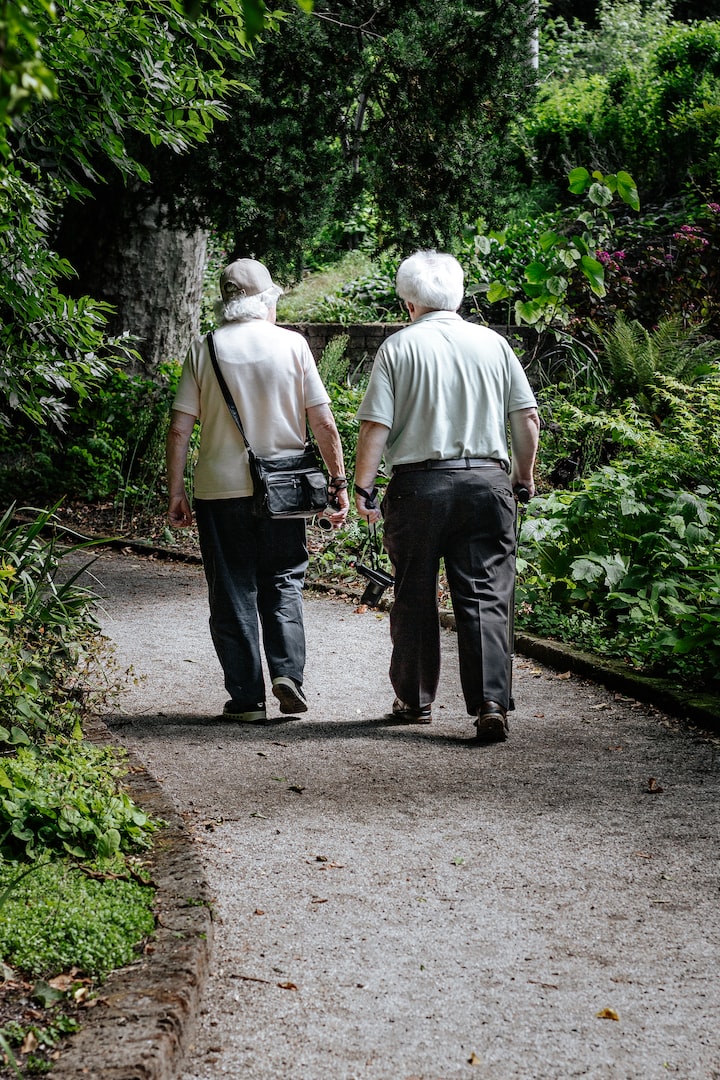 I can’t remember a time when Maddie wasn’t in my life. We met as toddlers, our parents were next-door neighbors, and we spent almost every day playing together. Many children drift apart once they start school, but not Maddie and me. We attended the same grammar school, had the same teachers, and helped each other with homework. Inseparable, joined at the hip, two peas in a pod and all those other tired clichés were used to describe us by the adults. That’s how it was right up to the day her father got promoted and the family moved to another state.

We would write from time to time, send Christmas and birthday cards, but when you’re a ten-year-old boy, too many other things compete for your time. The families would visit on rare occasions, and Maddie and I would pick up like we had never been apart. This long-distance relationship, if that’s what it was, continued through high school. During my junior year, I got accepted at several universities. There wasn’t a lot of deliberation involved in choosing the school; it was the one with a strong robotics curriculum. You can imagine my surprise when I called Maddie to share my good news, only to hear her say that she was going to attend the same university.

Earth’s population was shrinking at an alarming rate because of global warming and the various exotic diseases created by it. Only one couple in a thousand could conceive and out of that group, only one in a hundred produced a fully developed child. It was for this reason that the robotics field was in such high demand. Someone or something had to do the work. We dropped back into our old habits. Not only did we study together, we never seemed to be apart. Although we both worked in robotics, Maddie’s specialty was designing, upgrading and programing the positronic brain. Mine was improving the physical platform based on the human form.

It did not surprise anyone that one week after graduation, we married. A robotics firm hired us as a team to continue improving their product line. Unfortunately, it was impossible for us to have children, but that didn’t matter. We had each other and our new creations became our children. This was our life, and it lasted mostly unaltered for fifty years.

Subtle changes are easily ignored, especially if it involves negative things that affect the one you love. I always felt that Maddie was my intellectual superior, but recently she began forgetting conversations or where she had placed items. Sometimes she even forgot the name of the town we grew up in. I couldn’t ignore the signs any longer and convinced her to visit the company doctor. In today’s world, corporations provide healthcare for all their employees at no charge; it’s considered the cost of doing business. They put Maddie through a battery of tests and we waited in the reception room for the results. The V.P. of Engineering entered the room and asked if we would join him in his office. This was not the person I was expecting to speak with, but I remained quiet until I had all the facts. He began by telling us how proud he was of both of us and our accomplishments in the robotics field. I thanked him for his kind words but didn’t want any further delays.

“What’s wrong with my wife?” I blurted out.

“Stated simply, her positronic brain is quickly coming to the end of its life.”

This man was an idiot, and I was about to tell him so when he raised his hands in a defensive gesture and said, “Please let me explain. You and Maddie are prototypes we created over seventy-five years ago. The idea was to create robots that believed they were human in every way possible. From time to time, we would add enhancements, tweak physical and psychological behaviors and whatever else we deemed necessary. The two of you, along with the work you’ve done in the field, have allowed us to create a superior product. You should be proud of your contributions.”

“You can’t expect me to accept that explanation. Everyone knows that the android robot is created in full adult form because it’s impossible to grow one, starting as an infant and morphing it into a grownup. I have vivid memories of a happy and rich childhood, and those memories include Maddie.”

“You have those memories because my predecessors took episodes from television shows like The Brady Bunch and Leave It To Beaver along with several others and changed them to create the ideal childhood. Your childhood! Then they downloaded them into your memory. Your college memories are genuine because that’s when you both started interacting with humans. You and Maddie are this company’s greatest achievement.”

I took Maddie’s hand, and in a quiet voice, told her we were leaving. I then turned to the V.P. of Engineering and asked, “What is your definition of being human? Is it simply flesh and bones or is there more? If your answer includes compassion, love, intellect, a sense of family, the ability to connect with others and so much more, then you have just described Maddie and me. Our physical bodies may include composites and silicates, but our identities are as individual and real as any other person. We are more than complex machines. We exist!”

With that, Maddie and I left for home to contemplate the rest of our lives together, however long or short that may be.

More stories from Mark Gagnon and writers in Futurism and other communities.