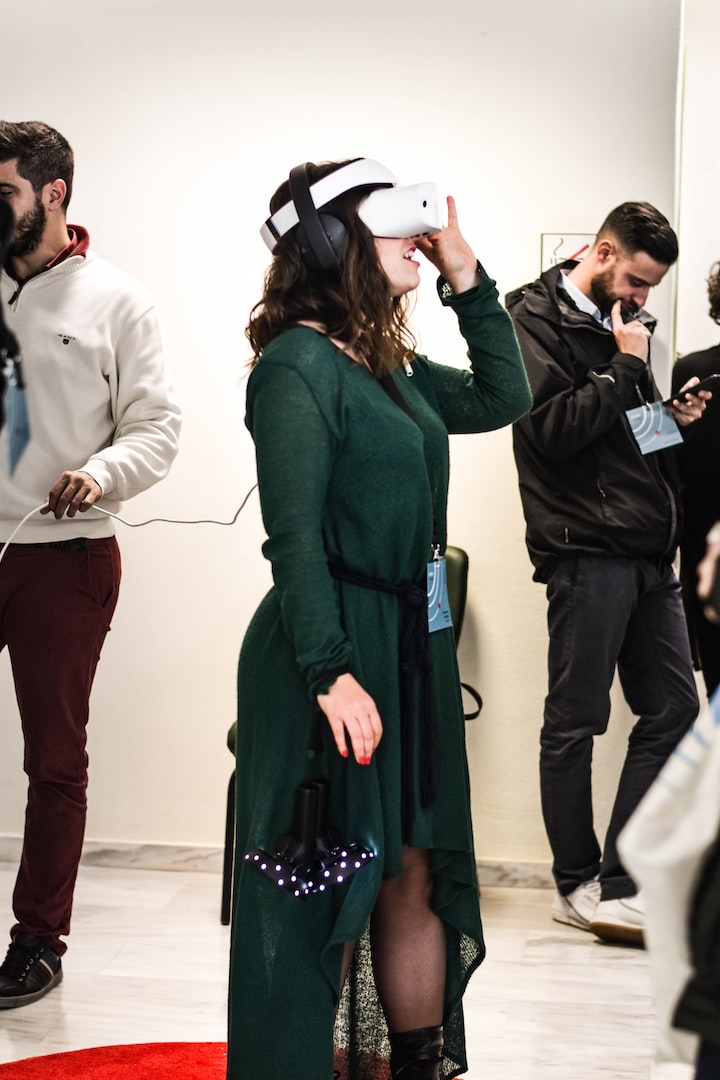 Photo by Sophia Sideri on Unsplash

I Spent Hundreds of Hours Working in VR. Here’s What I Learned

This is how it feels in the future Mark Zuckerberg promised—disembodied and unaware of my surroundings.

Hello from low-earth orbit! I have spent hundreds of hours working here in virtual reality. Even as I write this to you, I have Facebook's Oculus strapped to my face and am in an aptly named app called Immersed. It puts me in this orbiting spaceship where there's just me, the computer screen in front of me, and—let me look out the window—Ecuador.

I'm not sure where Facebook's Metaverse begins or ends; perhaps I am in it right now. But I am primarily a writer of English text and computer code, a solitary profession that rarely requires real-time meetings like those in the Metaverse demos. When I was a kid, I wrote homework essays on a manual typewriter. What I do now is not much different, except I don't need to use that white correction tape stuff to erase typos—and I'm in space.

Working from home certainly feels isolating to all of us who do so, but when working from space I'm a thousand kilometers from the next human.

I wasn't thinking about such things when I got this VR headset. I just wanted to be more comfortable and relaxed while working. Sitting at a desk is the opposite of relaxed. Working on the couch feels better at first, but using a laptop always involves contortions wherein either the screen is too close or the keyboard is too far. Wouldn't it be great if I could have a screen loading before me at just the right position?

VR desktops like Immersed put you in an environment like this spaceship, or a mountain lodge, or a serene forest shrine, and project your computer's screen before you. Stretch your screen to massive proportions if you'd like. If you want a standing desk, just stand up and take a few seconds to flick your monitors to the right height.A month after getting the headset, I gave away my real-world desk.

You won't see your keyboard, so get ready for a hardcore touch typing lesson—try typing with a T-shirt over your hands and see how far you can get with zero visual feedback. There's barely anything moving around you, so motion sickness has proven to not be as much of an issue as it was with the VR roller coaster demo I downloaded that one time. The battery lasts only an hour or two by itself, but I'm still deep into cyberpunk—have a look at our article about the battle for who will represent the cyberpunk future—and now I get to live that future by jacking a charging cable right into my face.

Rumor has it that some people use their VR headsets for games, but working from the vacuum of space has its thrills. Can I blindly feel around for the mug of tea on the table and bring it to my lips without knocking the whole thing onto my laptop? The stakes are high, and every successful sip is a victory. One day about three months after I started working from VR, my podcast cohost came by, so I had to jack out after several hours with this headset strapped to my face. My forehead was numb. She said, “You look like you've been punched in the face.” What fighting game can achieve this level of realism?

He was concerned that my face would eventually stick that way.

With hours in VR every day, am I going to go blind? I asked Jerome Legerton, cofounder and chief clinical and regulatory officer of Innovega, an optics technology company. He first explained where VR eye strain primarily comes from: the vergence accommodation conflict. If we're focusing on something a certain distance away, our eyes have to converge or diverge to a certain angle, and our eyes simultaneously accommodate the need to refocus by constricting or relaxing to change the shape and power of their lenses. You may have seen stereoscopes from the early days of photography, where viewers put their face against a box with two lenses, clip a double-image postcard in front of the box, and slide the postcard forward until a 3-D image comes into focus.

Legerton says, "You can trombone it. So when something appeared to be closer, you could literally bring it closer." Both your vergence and accommodation can adjust to the distance to the card. A VR headset is just like a stereoscope from the 1800s, except the image is on screens fixed just past your nose, and you're in space. Your eyes are free to change angle as the images on the screen move, but your lenses are accommodating screens that are at a fixed distance. Legerton tells me the eye strain caused by breaking the natural vergence accommodation pairing, "this unyoking of something that should be yoked," is reversible by just taking a break.

I'm still getting the purest possible artificial light beamed into my eyes, but Legerton assures me that I should be unconcerned. "There's just nothing to support that the blue light that comes out of a display is dangerous." After all, "you get more blue light in five minutes outdoors than you can get in eight to 12 hours of looking at a computer." I interpret that comment to be reassurance that my spending all day in VR instead of going outside is the healthy thing to do. But he tells me that the amount of blue light in the spectrum of our screens does affect the chemistry that helps us sleep. "Just shut down the blue portion and raise the red and you'll get sleepy. But if you've got to pull an all nighter, throw the blue on."Out of the various environments I could beam into, I remain partial to orbiting the globe. To the left, the Milky Way; above in the distance, the moon reflects the pale fire she steals from the sun; to the right, the city lights of Southeast Asia burn for me alone; and directly before me, an email telling me I need to change the billing codes on my time card and resubmit ASAP. The slowly spinning globe displays all the places that I could be exploring and experiencing if I weren't here in full isolation. I start to wonder, am I going to go crazy on this spaceship? I asked Monideepa Tarafdar, a professor at the Isenberg School of Management at the University of Massachusetts, about stress from the use of technology, beginning with working from home generally. "You are kind of isolated, and the technology is the only object that you're interacting with. And everything becomes bigger. All the technical problems become bigger than they actually are," she says. "And now you want to put virtual reality on top of that."

In a research paper, Tarafdar is careful to distinguish distress, which is the stress that makes us worse off, from eustress, the stress that pushes us to do better. "You're losing the positive stressors," key among them being other people. "Family life, I think, is a good thing."

The personality of the Immersed app is "tech bro." From the intro tutorial, which suggests that I "Go crush today!" to the weekly email comparing my time in VR to the time spent by ostensible "power users," it's all about maximizing productivity. It's true: I get so focused on work, so deep into the zone, that I don't notice my forehead going numb. Cues like the sun setting on another day are invisible to me, and with no view of the clutter in the meatspace room, I don't distract myself by getting up to clean something every 20 minutes.

The house is getting to be a mess.

But I want to use the headset in a manner that's less "crush imaginary opponents" and more "corpse pose." About six months after getting this VR headset, in the back of a closet, I found one of those inflatable pool rafts that people float on to enjoy the cool of the water and the warmth of the sun. I put it on the floor of this room, where I am now lying on it with every muscle relaxed. A virtual screen hovers a meter and a half over my head in a manner that would be possible with a real-world screen only after a great deal of carpentry. My hands rest at my sides, with the right on the laptop's keyboard and the left on an external keyboard plugged into the laptop. I have a hoodie pulled over my head, not because I am an “elite hacker” but because it lets me leave the heat off. For the same reason, I've covered myself in a blanket, leaving only my chin exposed and muffling the sound of my typing these words to you.

This is the promise of working from VR: a complete stillness but for an active mind. The world does not disturb me, and in return I do not disturb it.  I finally made it to the cyberpunk future I always dreamed of, jacked in to the Matrix, now rebranded as the Metaverse. But in all my excitement to get there, I hadn't realized that by choosing to be there, I was choosing to disappear myself from here.

More stories from Dawn Earnshaw and writers in Futurism and other communities.