by Cheryl Ramette about a year ago in fantasy
Report Story 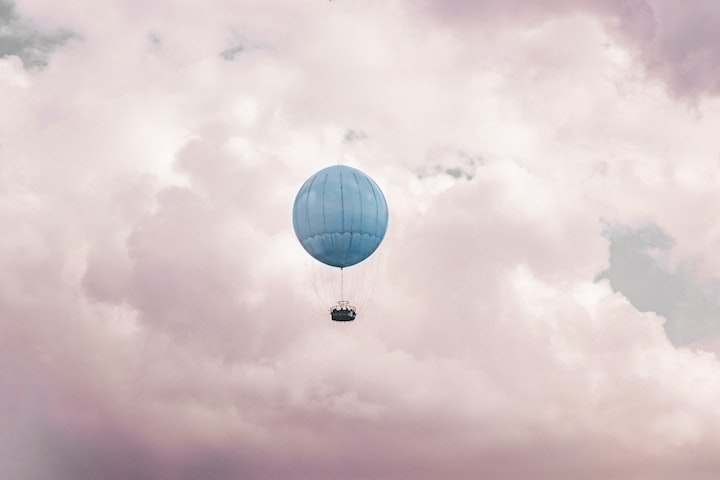 Photo by Dzmitry Tselabionak on Unsplash

Once upon a time there lived a young girl. One day, in a fit of rage, she pulled on her stomping boots, clipped on her fairy wings, and made a beeline out the back door of her family's cabin toward freedom.

As Wendy strode away from the cabin as fast as her short legs would take her, she dreamed of cake. Fairy cake to be exact. She’d heard of it but had never tasted this sweet delicacy and was determined to get herself some if it meant walking for days.

The prairie outside was bleak, open, and covered in quiet grasses whose seed pods stood still above the sparkling snow. In the distance the sky faded into the landscape looking for all the world as though if she just keep walking, she would at some point be walking on air.

As Wendy put one foot in front of the other she started to smile, thinking about eventually walking off the ground and into the stars one step at at time right up to the moon. She remembered her wings and wondered — if she imagined hard enough would they begin to lift her off the earth? She did. And they did.

Softly, gently, not like a bird flapping it's wings, but like ... the feeling of the fairy cakes melting in her mouth! How would I make fairy cakes, Wendy mused. Spun sugar, cream, small stars and hearts sprinkled on top...

Eventually her tummy began to rumble. Wendy looked down surprised to see a little girl walking steadily along below her and she began to follow the girl.

Where was she going?

All of a sudden the girl stopped. She stood still for a few minutes as Wendy hovered above. The girl slowly turned around to begin walking the opposite direction, quickly, stomping her feet and punching her hands out in front of her as she went.

She got closer. Closer and closer. The girl had calmed down and was now singing a sweet little tune. "Cake cake cake, that's all I want is cake, fairy cake, sugar cake, cake cake cake".

Wendy was just above the girl's head. She could feel her soft curls on her toes. She was walking on air as the girl walked over the snowy grasses, and then she was the girl.

Picking up her room, helping her little brother take a bath, removing her boots before entering the house no longer seemed like a burden. Wendy was anxious to get home again after walking and flying half way around the world.

She marched up the steps to the cabin where her mama scooped her up with hugs and kisses and her papa said, "We almost lost sight of you, sugar plum! Where were you going?"

Wendy looked down at her snowy boots, and said, "I was mad. Then I was hungry. Then I was lost. I saw a prairie fairy and I followed her home."

"Sit down, sugar plum", said her mama. "You can leave your boots on. We have fairy cakes and lavender tea for you."

I’m a creative spirit who is looking to share my work (art and writing) with a larger audience. I have short stories and poems in my files, a book in the works, and endless ideas in my imagination wanting to expand beyond my own head.

More stories from Cheryl Ramette and writers in Futurism and other communities.