by Roan about a year ago in science fiction
Report Story

The ground shook, stones clattered as the Earth heaved. 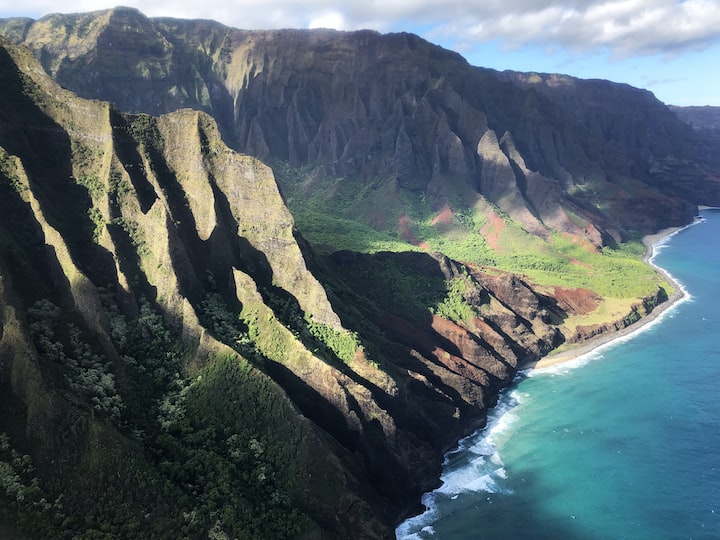 Photo by Roberto Reposo on Unsplash

He stared across the abyss, his eyes trailing the massive canyon that cut through the horizon.

It was incomprehensible. A quarter of the world—gone!

He could hear it. The Earth cried as her edges crumbled, the great glacier wall that encased her falling in sheets into the dark void of space. Her flat disk would not be able to withstand her own weight. It would collapse. Her primitive inhabitants who had worshiped his people as gods would suffocate and waste away to nothing, futile prayers still on their lips. What a terrible fate.

He clenched his fists.

His people had caused this. The Aarax. Gods, aliens, nomads moving from one planet to the next, a trail of desolation in their wake. Great creators with powers beyond comprehension, trapped in a cycle of combat. Millennia of fighting, and to what end? The destruction of a planet that didn’t belong to them? He was so tired of it all.

His kin had moved on, had long since discarded the Earth. They ignored her pleas.

Water welled up from a fissure at his feet, darkening the soil. He knelt, not caring that his robes were soiled by the dampness, and scooped up a lump of dirt. He flattened it into a misshapen disk and used his finger to cut a valley so deep that the wet dirt sagged in his hand.

He raised it above his head and pressed it into a sphere. There was a colossal moan. The ground shook, stones clattered as the Earth heaved. He braced his hands tighter around the dirt, channeling whatever power he had left into it. Sweat drenched his brow.

Slowly, the abyss closed and soon, only an uneven ridge ran along the ground.

He lowered his hands and cupped the sphere of dirt. His fingers shaped ridges and dips along its surface, and the Earth shuddered as mountains rose, and valleys deepened. Birds screamed, taking flight from their roosts and circling in the dark sky while animals cowered in the forests that been spared. The great ocean raged, claps of thunder echoing off their waves, and the winds of a dozen hurricanes battered the lands.

He stared down at the sphere in his trembling hands. Closing his eyes, he tilted his head and listened to the soft lapping of waves on the distant shores, the Earth’s despair quelled at last.

The sun beamed down, warm and bright.

Foliage rustled, and he looked up as humans began to emerge from the trees, skittish and weary. They must had hidden, instinct calling them back to the forests that would protect them. He watched them survey the Earth in awe, speaking quietly among themselves.

None of them glanced his way.

He pocketed the sphere in his robes and turned. It was time to return to his own people. These creatures would have to survive without help. They were hardy. Resourceful. They would survive. No, they would thrive. This was their home, and it always would be whether it was flat or round.

He left them to explore the new land. His own journey was far from finished. He had a new purpose. He would return to the planets his people had destroyed and do what he could to fix the damage, and maybe he could make things right before he, too, passed on.

From the stars, he turned one last time to bid the Earth farewell, and smiled as he watched her turn on her axis and circle the sun.

It was a new day.

More stories from Roan and writers in Futurism and other communities.