by Sean Patrick 5 months ago in scifi movie

Encounter stars Luke Hemsworth as Will Dawkins. Will lives in his sister’s, Teresa (Cheryl Texiera), garage, sadly recreating the image of his late daughter and his still living former wife, Jessica (Anna Hutchinson), in sad clown paintings. Will was left paralyzed by the accident that killed his daughter and the overall trauma was more than his wife could bear. To say that Will’s life is one of ongoing despair would be an understatement.

Will’s life is forever altered when his brother in law, Brent (Glenn Keough) and Brent’s drinking buddies, Johnny (Christopher Showerman) and Marcus (Vincent M Ward), bring home a freaking alien. No joke, the trio was pounding beers and doing guy stuff in the woods when a meteor crashed nearby. They dumped their cooler ice on the thing and it screamed loud enough to nearly kill them.

The trio grabbed up the meteor and brought it back to the garage that Will calls home. Tired, they leave Will to guard their incredible find while they get some rest While he examines the meteor, it begins to come to life. A snakey alien arm shoots out and clamps onto Will’s neck and though it hurts initially, he is suddenly able to stand up from his wheelchair. The calamity causes the drinking buddies to run in and separate Will from the alien which returns his paralysis. 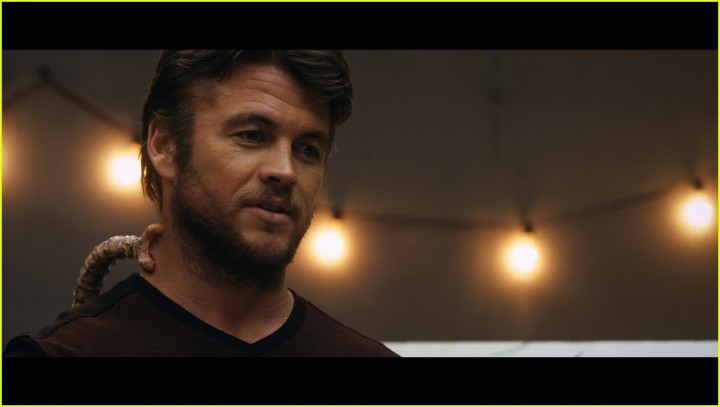 Somehow, Will was able to communicate with the alien while they were connected. He is convinced that the alien has nothing but good intentions. The alien touches Teresa next and for a brief time her asthma appears to be cured. Frightened, the drinking buddies are unwilling to touch the alien. Brent suggests contacting a former teacher that Johnny knows, Dr. Westlake (Tom Atkins), a Biology Professor, who may have some helpful insight.

As this is happening, a pair of FBI Agents, Agent Tevis (Wendy Davis) and Agent Banks (Peter Holden), have heard about the meteor landing and are on the lookout for it. The agents have seen an alien like this one before, the cold open of the movie is them leading a team to collect a previous alien in a fashion that is intended to create suspense for the rest of the plot. Instead, the cold open winds up being irrelevant and these two characters prove ineffectual but nevertheless, they are part of the plot. 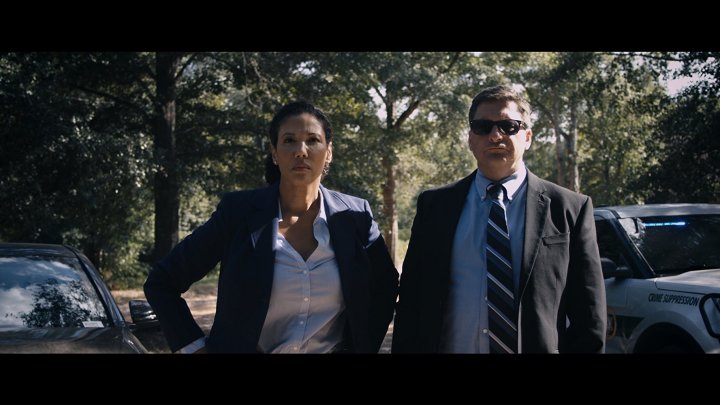 Encounter is a bizarre mixed bag of a movie. The cold open is incredibly poorly shot and almost laughable in execution. The final line of the cold open is a goldmine of unintended comedy. That happens at the end of the movie as well as the film ends on a note of mawkishness that is rich with unintended comedy. In between however, I can’t help but admire the movie in an odd way. I was, at times, very compelled and at times rolling my eyes so hard it hurt.

Luke Hemsworth may be the Zeppo of the Hemsworth clan, but he’s really interesting in this movie. I rather enjoyed his joyfulness when he has the alien attached to him and is communing with it. I was rather enjoying the suspense of what was happening to him and genuinely concerned that the movie might turn toward The Thing territory with the alien taking over his body and going on a wild killing spree. 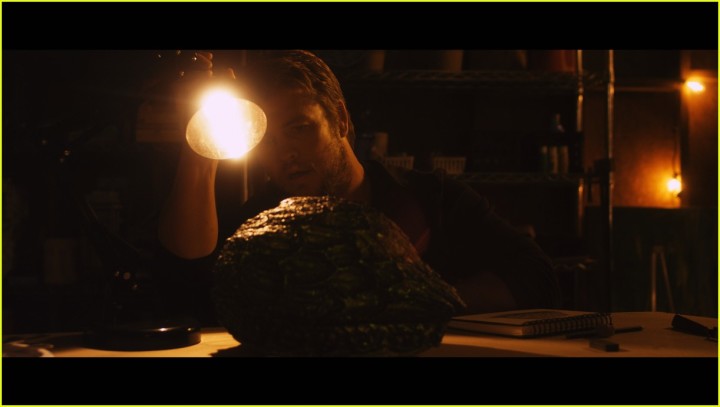 Don't get too close!

That doesn’t happen but I guarantee you can’t predict where Encounter is headed. Whether it is genuinely because Encounter has a solid premise or a coincidence of incompetence, the film is truly unpredictable. Unfortunately, the movie is often so low rent as to beg the question of whether everything that is good about Encounter is merely incidental. For instance, the performance of veteran character actor Tom Atkins. 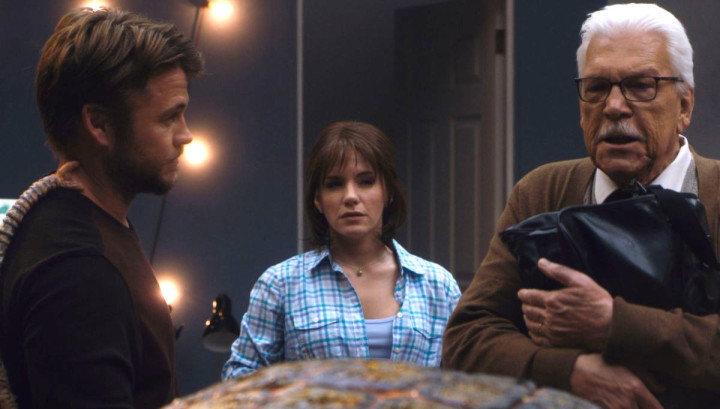 I don’t think the character of Professor Westlake is particularly well written, he’s a Junior College Biology Professor, what exactly is he going to know about aliens? But, Atkins infuses the character with dignity. Atkins is really compelling in the role and I enjoyed his performance but I can’t say it is due to his plot being particularly inspired. The script for Encounter is so convoluted at times that anything good Atkins does seems to come solely from Atkins’ effort rather than anything he was instructed to give.

The special effects of Encounter are laughable and also poignantly goodhearted. The CG used to animate the alien world in visions given to Will and Professor Westlake look like second generation Playstation graphics. The alien itself meanwhile has a wonderful DIY quality that is part Ed Wood and part Tom Savini. The juicy, rubbery, alien arms are believable enough as is the cool, low budget sequence where the alien expands to a larger size.

The homemade, practical qualities of the alien design are admirable. I can’t fault at all the hard work that must have gone into the making of the alien in its various sizes. That said, the alien never looks like anything more than a rejected Doctor Who villain from the 70s. I love Doctor Who from the 70s, but that show was aware of how silly its designs were, the aesthetic was part of the charm. Encounter is far too self-serious for this alien to become convincing. 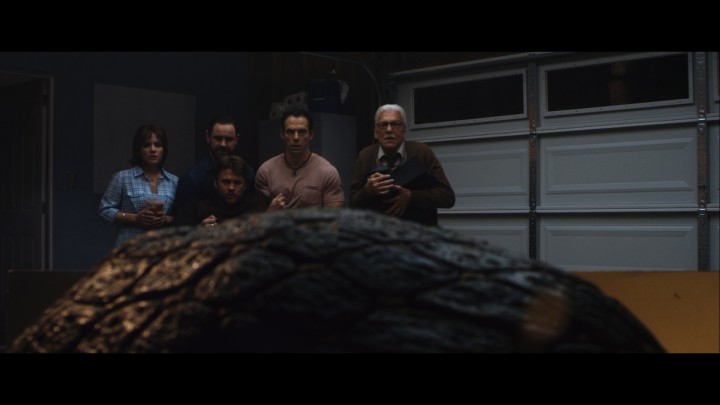 The cast of Encounter

Do I recommend Encounter? That’s a tough question. I admire aspects of the movie and I pity aspects of the movie. Encounter is strangely compelling at times, especially as the second act turns to the third act, but the opening and the ending are amateurish and mawkish. The movie is often laughable, but Luke Hemsworth and Tom Atkins are working very, very, hard to make you buy into the silliness.

I must admit, the final moments had me yelling at the screen. I genuinely wanted to know what was going to happen, and while what happened proved to be unintentionally nonsensical and hilarious, I can’t say I wasn’t excited and compelled. For that, I certainly can’t hate Encounter. If you are a fan of aspirational sci-fi movies, those movies with their heart in the right place, if not their talent or good taste in the right place, you may just enjoy Encounter.

I have been a film critic for more than 17 years and worked professionally, as a member of the Broadcast Film Critics Association for the past 6 years. My favorite movie of all time is The Big Lebowski because it always feels new.