by Jacob Severn 7 months ago in future

The Agency of Material and the Materiality of Time

When a product resembles waste in a practical sense, acts of manufacturing and transporting become ways to occupy a new place in time. In the context of the market, sand is distinguished from gravel by gradation, from soil by use value. In the gradation process, sand is passed through a series of sieves, ever finer, and sorted. A name is given, leading to a value, which curves, slopes, and flattens depending on economic forces too large to see.

The sandbox provides a cushion and a surface that is mutable. Sand can be used for building, but if we call this "play," structures are permitted to return to a state of deep surface, a landscape of little hills, in a short time. Some of the sand will be brought home, with or without intent, in the pockets or cuffs of shirts and pants, in little shoes. The box is refilled unceremoniously. In the bed of a truck, sand is not for play, but by virtue of gradation, is not for anything else, either 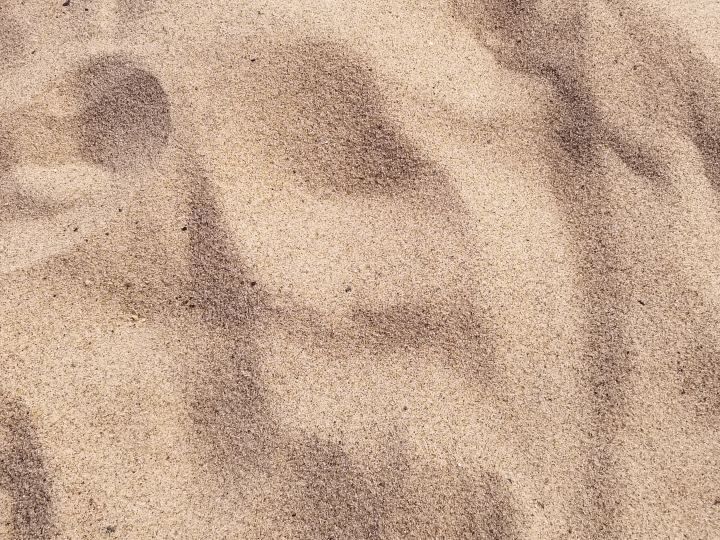 Equation of Earth’s labor and the labor of humans requires a belief in the Hegelian geist. The Gospel of John shows humans conceiving of themselves, but we are never let into the moment in which "nature" is allowed to become a "self." Human interaction with nature has decentralized its being, and in doing so, has forced it into a mystical realm. Sand joins the workforce when our backs are turned, possessing desire at the exact moment of its disappearance. In the moment of perceived loss—when it becomes clear that the event horizon has been crossed—the narrative of time accelerates. Politicians would have us believe that time is somehow being lost at a rate faster than that of its passing, and in playing out this narrative, concerns about our "environment" are written off as luxury products whose frivolity negates practical concern. Words like "environment" and "climate" tell us that we are already inside of them, and the passage of time becomes a part of nature. To make a process natural is to forget it (Be sure that your mask is secured before you attempt to assist others).

"We make it easy to do business anywhere." The Chinese trading site alibaba.com hosts solicitations from building project managers around the world. From Singapore: "Looking for sea-sand for reclamation project. Prompt reply is greatly appreciated." Used both as a major component of aggregate in concrete and as a way of expanding the footprint of a land mass, sand has gained value in the small country. Imports from neighboring countries have been cut off amid emergent threats that large-scale dredging poses to the environment. Landslides in Malasia. In Vietnam, fewer fish. This doesn’t leave Singapore sandless, but forces sand to travel farther than it used to, as the market demands. "The more bans there are elsewhere, the better for us," said an American contractor in Myanmar.

Terms applied to the corporeality of time—its passing, its coming and going—are based in finitude. Trading in sand requires a defined value. The prospect of an end for either product, however, is at odds with its desire. The mayor of Nima, a beach town on Japan’s Western edge, has said that the sand there "sings"—emitting a strange sound when walked upon—and has dedicated to it a museum, which showcases the world’s largest hourglass. No one calls it a yearglass, despite the fact that the sand’s passage from upper to lower chamber takes exactly one year. The time frame, however, depends not on the magnitude of the chambers, but on the narrowness of the passage between them. By restricting this space, one could create a glass that measures time beyond the boundaries of a life, or of a generation. The counting object could become oblivious to the hour of its completion. The gradation of the sand within is another variable. According to most residents, the sands in Nima do not sing. The sand in the glass is imported from Denmark. 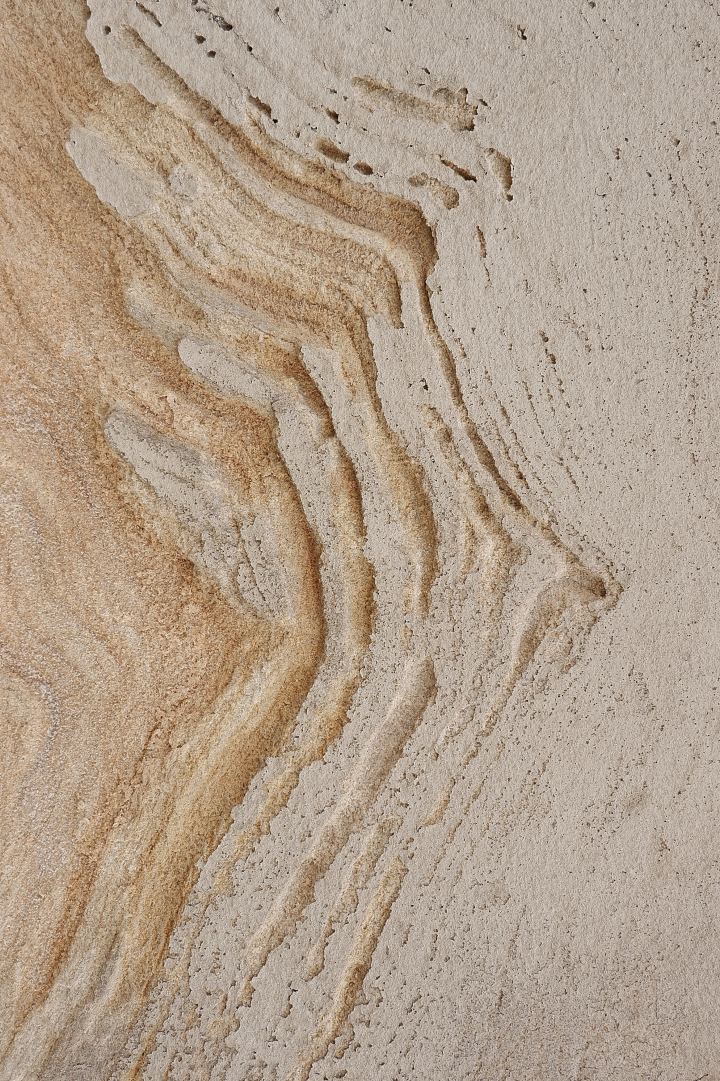 The parlance of finance is explicit about the value-time equation. Investors trade not on a company’s known worth, but on projected profits: Futures. Futures are assigned value precisely because they do not arrive; by the time predictions come true (or fall through), those who hold capital are off investing in new futures. When it comes to money, there is no present and no past. An invisible hope outspends the Now every time.

When it comes to labor, potential also makes for a surer bet than actual energy expenditure. Just as an employer will scan the interviewee for health and vitality, an object’s perceived value is based on its potential energy. Resources perform tasks, but as with human laborers, it is that which they have yet to do that excites us. As a product, sand—the scarcity of which works for it by being perceived as abundance—serves this function. The reveal of its finitude comes after investment. The same goes for time: After discovering it doesn’t last forever, the thing inside it values it all the more.

To envision transactions—trade of capital, labor, information, or raw material—as an endless trough of futures can frustrate the foundations of potential itself. What’s the point of a future that we know will never arrive? Anyone who has made money from the stock market will tell you that the future itself is a resource. Signals of wealth—precious stones, German cars, marble countertops, new cyborg technologies—are advertisements for the future. The belief is spiritual. The entry of the immaterial into a web of relations is required in order for the future to remain a productive force. Stable devotion to the invisible hand makes value material, but if this engine grinds to a halt and we give up on the future, the system goes belly-up. Black Monday. Exodus. 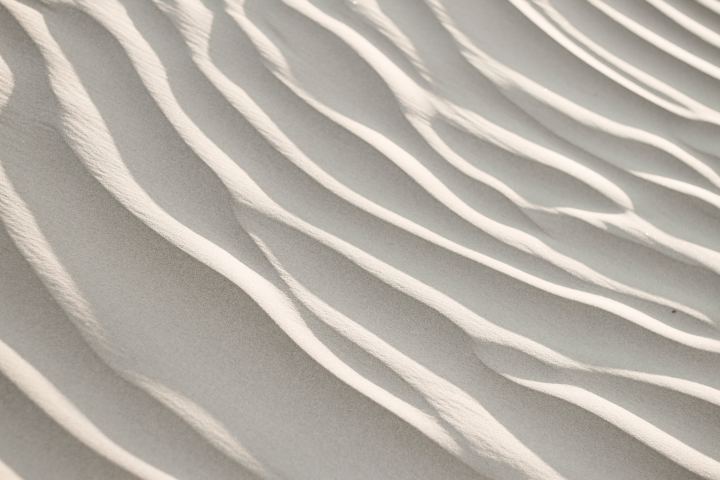 The difference between the dissolution of a market and that of a religion is first marked by vocabulary. There will never be another "depression"—the word is tainted—but even this term (and certainly the softer, more palatable "recession") suggests a return. Faith grows stronger within the individual when threatened with extinction, but not within the collective, and there is no doubt that many faiths have been lost to history. We can conceptualize the collapse of entire belief systems, civilizations, but never of markets.

The end of sand is similarly off-limits. Water has all but ended, the sensation of thirst becoming more real than that of hydration, but sand persists, its replenishment necessary to the survival of material interests. The concern at the heart of its importance is a phenomenological one: it is understood purely as a result of our organization of material into belief. By folding unconditional materialism into its ontology, it assures its own survival.

In its movement, water assumes the mechanics of memory, always returning, and now we know that it too is edging higher, submerging us, as memory does when it becomes nostalgia. Sand, however, takes no other form. It remains itself, like the future.

Upon its creation, the moment—what Plato called “something inserted between motion and rest… no time at all”—is relegated to the past. In order to be recorded or conceived, moments must have already happened. How do we hold them?

Jacob is the author of several chapbooks and was an apexart International Fellow in Skopje, Macedonia. Past jobs include movie theater usher, high-school English teacher, copy editor, and pizza delivery boy. He lives in New York City.

See all posts by Jacob Severn →