The Power Heist by Sarah Diwan 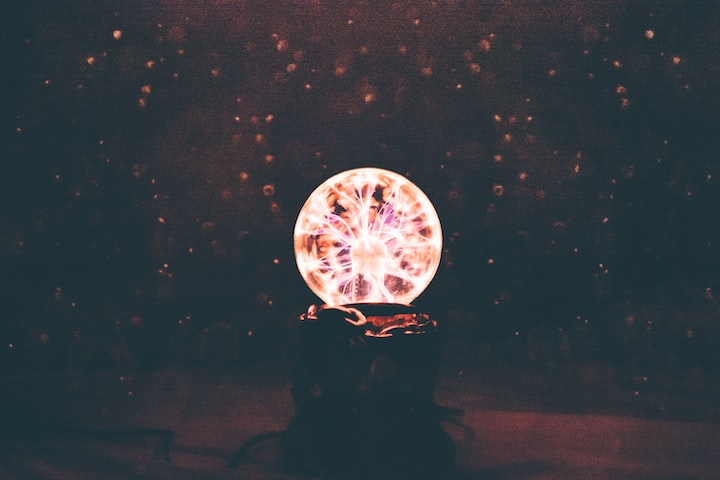 Once upon a time, in the far away land of Euphoria, there was a small town called Heartview where there lived three poor orphans who were best friends. Their names were Evelyn Morrow, Astoria Rose, and Chase Bold. They did everything together and would die for each other. Unfortunately, the kingdom had raised the tax and so they didn’t have enough money for a shelter, or even food. It was difficult to stay alive, so when Evelyn received a letter promising $20 000, they were delighted. There were so many things they could use that money for. First of all, helping homeless people, then buying themselves some things like new clothes and food!

Although, to receive the $20 000, the mysterious person needed the famous Staff of Eternal Power! There were more details in the letter, it said:

Would you like to receive $20 000, I’m sure it would be very useful to you. But, I will require you to steal the Staff of Eternal Power. You may bring two companions along with you. I have also sent you a small, black, magical book with the instructions. I must warn you that it isn’t safe, but if you succeed in this task, you will be rich. You have 3 months to bring me this staff, I am warning you not to try to use this staff once you receive it or else there will be grave consequences done by the laws of magic. Still, I hope you agree to this mission, remember to choose your companions wisely, and if I am betrayed, then you and your companions will regret the day you were born. If you agree to bring me the Staff of Eternal Power, take my letter and the small black book before sending my bird away.

Evelyn didn’t know what to do so she asked her best friends. If they agreed, they would be risking their lives, but if they didn’t, then they would have to spend their life wondering if they could have pulled it off. Astoria said “We don’t have a good life now; I would rather risk my life trying to better my life, rather than never knowing if we could have become rich. I believe that we can do this heist. Now you need to believe it too. Come on, Evelyn, Chase?” Chase’s response was “Yeah! Let’s do it, I mean what have we got to lose?” Evelyn replied, “Besides our lives?!” Chase answered, “Oh, whatever, come on, it’ll be fun, you’ll see.” So they decided they would make the biggest heist the world had ever seen.

Chase took the letter and black book, and then sent the bird away. Words began appearing in the book. They were instructions on how to first get to the castle. They first needed to cross the Dragon’s Den. Evelyn read the instructions for how to pass the Dragon’s Den and then thought of what to bring with them on their journey. Food, clean water in a bottle, and armour just magically came out of the book. They all thought it to be utterly extraordinary and fascinating. That was the very moment when their journey truly began.

As they were walking into the Dragon Den territory, they saw ginormous dragons snoring. They almost crossed the entire area when a dragon woke up and smelled humans. They were petrified! What were they going to do, so all three went very quietly to hide behind trees. However, the dragon came closer, step by step. Then, it blew flames at them, so Chase said “Run for your lives!” Evelyn quickly formed a plan in her head and instructed everyone where to go so it would confuse the dragon. They went three different ways but to the same spot, the dragon ended up following Astoria. She couldn’t run anymore for she didn’t have any energy. She would pass out soon. A few seconds later, Chase and Evelyn ran to Astoria’s path as she had not reached the end yet, they thought something might have happened. They tried distracting the dragon. Evelyn caught the dragon’s attention and tricked it into tying itself in a knot while Chase helped Astoria up. Then they all ran as fast as they could because the rest of the dragons were starting to wake up. Some breathed fire at them but luckily they dodged it.

They finally crossed the border of Dragon Den where they were finally safe from the fire. They checked the magical book again and more instructions were appearing. It said that they had to pass the Pixie Forest; they must beware of pixies tricks. Pixies enjoy playing pranks on humans that pass by, and/or they would test you. Astoria gave a small pep-talk then asked if they were scared. At first, Evelyn denied it, then she said she was just a little scared about the pixies. Chase said “I’m not scared of anything, except for Astoria when she’s angry.” They laughed, Chase could always make them smile.

The next day, at sunrise, they headed into Pixie Forest. Pixies started picking at Evelyn’s hair and throwing bits of leaves at them. After a lot of laughing, the pixies stopped. They might have been planning something, who knows, but they asked Evelyn, Astoria, and Chase to dance with them. So everyone started dancing to an upbeat song until their shoes tore. Then, the pixies asked politely if they could help them clean up the mess there. They responded by picking up everything, they even thanked the pixies for letting them into their party. The pixies were so surprised that they didn’t make a big fuss, and that they were being so kind even after the pixies picked on them. For that, the pixies rewarded them with delicious fruit to take on their way. Evelyn thanked them once again, and wished them a good night.

That night, they enjoyed the fruit, huddled together and slept because it was freezing outside. They slept for a long time because of how tired they were. A few minutes after the sunrise, they heard wolves that growled so loudly that all three of them jumped awake in fright. They didn’t know what to do, their entire lives were flashing before their eyes. They were so close to the kingdom, now all their hard work would be useless. Astoria tried to boost their confidence but it only worked so much. The only thing they could do now was run. One of the wolves jumped on Chase; Evelyn and Astoria couldn’t leave him so they came back and knocked the wolf off with a stick. They ran until they no longer had any breath left inside them, so they climbed up a tree.

The wolves went away as they weren’t getting any food. This trio came down and reached the castle within an hour. Once again, instructions appeared in the black book. This time, weapons and tools emerged out of the book; there were three swords and a rope. They were ready to go; Chase agreed to distract the guards because he was hilarious and could keep their attention. Apparently, the guards had never heard of a riddle so he asked this one: A king, queen and twins lay in a large room, but there weren’t any people in this room, how so? None of the guards could figure it out, so he replied “the answer is because they were beds!

In the meantime, Astoria and Evelyn looked around and saw the Staff of Eternal Power. The only problem was that it was highly protected with spells. They checked the black book for anything that could help them. It said that the only way to break the spell was for someone to answer a specific riddle, and drink one of the potions on the table.

First, Evelyn said she would be the one to drink the potion because she wouldn’t risk Astoria getting hurt. She thought that if it wasn’t for her, Astoria wouldn’t have been here right now. Astoria argued with her over this and they almost got caught, but Chase was doing an amazing job. So firstly, the riddle was “The more there is, the less you see, what am I?” Evelyn used her logic and figured out that the answer was darkness and so she wrote it down. Then, for the potions, there were 3 bottles, and a paper that explained everything in riddles. One would help lift the staff, one would cause death, and the other would cause tremendous pain. After a lot of thinking, Evelyn decided to drink from bottle three. Luckily, she picked the right one, she quickly lifted the staff. Astoria threw the rope out the window after hooking it properly then jumped out the window; she called Evelyn to do the same. Unfortunately, at the worst time, Evelyn got scared, but Astoria gave her the courage she needed.

Once they landed, they started waving to Chase to come down and leave. As soon as Chase stepped outside the castle, the king realized that the Staff of Eternal Power had gone missing. Chase saw the staff and tried to hide it. They ran out of there as fast as they could with guards right on their tails. They dashed away and just missed getting caught. Finally, the guards had lost them and went back to the castle with much shame. Astoria reminded them to look in the black book for further instructions. It said to go to a cliff not far from here because nobody would be there. Go there and hand the staff to the person there. Then at the bottom, it said “Be here in 10 minutes tops. If you aren’t here, I will assume that you betrayed me, and I will make sure that you and your friends die a very painful death.”

They ran to the cliff and made it there in exactly 8 minutes and 32 seconds. There was a man standing there, he said "I see you have followed all my instructions and were here in exceptional time. Now be good kids and hand over the staff." Astoria, Chase, and Evelyn started to become suspicious. They asked what he was going to use it for and he told them to stop asking questions and hand it over if they wanted the money. At that point, they started really looking around and saw posters of the man in front of them saying "Wanted Dead Or Alive", or "Most Wanted Criminal". This trio glanced at each other and all thought the same thing. "Would they forgive our crimes if we helped them catch this criminal?" Chase saw a guard looking lost, he started talking loudly, then quietly said to exchange the money first. The mysterious man was getting impatient so he agreed and they took the money. Then Chase spoke loudly "Thanks for the money, we'll never speak of this again!"

The guard finally heard this and came up behind the man. He grabbed hold of him and said "You're arrested! With this arrest, and finding the Staff of Eternal Power, I will finally get my promotion!" Then he laughed with glee! The guard took the staff and thanked the trio, then went on his way. As for our favorite trio, they shared the money with the people who needed it the most and used the rest of it to enjoy their life before they found a steady way to earn money. 10 years later, the mysterious man escaped from the kingdom's prison and said "Evelyn, Chase, and Astoria, I'm coming for you!"