King Azriel and the Dragon

by Robert Burroughs 5 days ago in fantasy 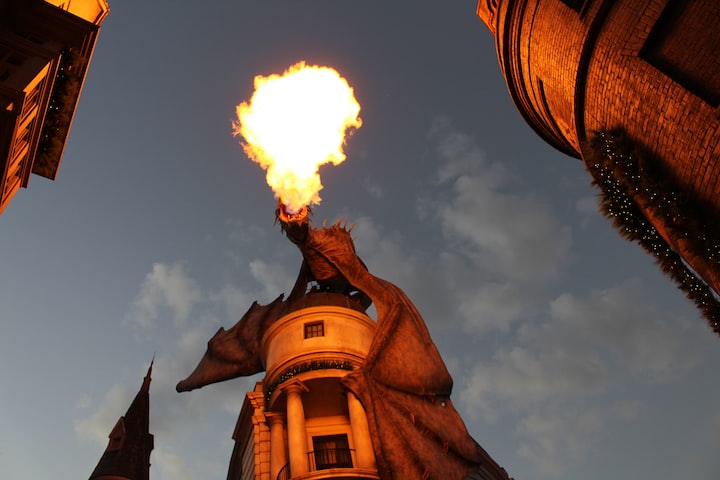 Photo by Carlos Cram on Unsplash

King Azrael was fearful that his people would starve so he sent his three best Scouts East to the camp of the Marauders. The Marauders had a formidable army with trained infantry and cavalry, they had distance troops that could shoot a single leaf off a tree, yet the 50-mile trek was a treacherous Journey. Even his fastest horses would take three days to complete the round-trip Journey.

Augustus, Aramis, and Lazarus set out on their Journey. They had to be careful leaving so they decided to hide out until midnight. The hardest part was sneaking their horses out. Once they were safely out of town, they came to a fork in the road that split in three different directions. Augustus took the Northern Road and rode for a day and a half until he came to a small village where he tried to stay for the night, unfortunately for him this was the site of the first encampment and he was soon captured.

Lazarus took the Southern Road, and was quickly captured. He was taken to a nearby encampment where he was questioned for two days. Meanwhile Aramis took the Middle Road straight through the wastelands.

The wastelands were filled with Briar patches and winding roads with 50-foot drops. Aramis could fill somebody following him but every time he turned around nobody was there. After what seemed like an endless Journey, Aramis reached Fort Marauder only to be captured by King Louie's men. Lucien was the first man to disembark his horse and motion for the others to stay mounted. Lucien turn towards Aramis and said “you were foolish to think you could escape.” Just then the heavy iron doors of Fort Marauder opened and a man easily twice the size of Lucien walked out. This was General Edward Grimlock.

“Who dares to invade my court?” said Edward. “I beg your pardon my Lord, my name is Lucien and I am the captain of the guard for king Louis. I am capturing a fugitive.” are these accusations true? asked Edward. No sir they are not said Aramis. Rich Louie invaded Our Land and stole the crown from King Azriel. Our King sent three Scouts for help my two comrades must have been captured.

My dear Lucien have you heard the tale of Princess Isabelle and Prince Dragon? Asked Edward. A long time ago 50 years to be exact, a beautiful Elven woman fell in love with a young man who had a secret, well actually two. Not only was he a prince he was a dragon in human form. They were married and soon she became pregnant, on what was supposed to be her most joyous night became her most terrible tragedy for while she lay in labor her father-in-law and husband we're both killed in battle. That night she bore two sons the first born became king that night, the second became the man in front of you.” Edward called for his guards. “arrest everyone except Aramis and Lucien.” Edward turned his gaze towards Lucien and said “I'm going to give you a way to save your life, but first you must do something for me, I want you to go to your encampments and bring back the two prisoners.”

Lucian arrived back at the fort with the two prisoners. “my Lord I have done what you asked now you must free my men and I.” Edward pulled back his arms and pushed up his chest until he transformed into a dragon. “You’re lucky I don’t eat you said the dragon Edward. Now go and bring your king to me and my brother and remember not to tell your king I am a dragon because I still have time to eat you. I want you to invite your king to a banquet in his honor.

Lucian mounted his horse and headed back to the kingdom of Nash dwarf. Once he arrived at the town's Iron Gate, he could see the effects of their invasion. The heavy iron gate lay at the ground at the entrance, the lush vegetation trampled, and the once-bustling businesses boarded-up. In the foreground he could see the palace.

King Louie sat on his stolen throne as Lucien entered the palace. “Well have you caught our fugitives? Said King Louie. It’s complicated said Lucien. We had them. King Louis gave Lucien a look that said he knew he was hiding something. Lucian broke in “before you say anything there's a banquet tonight in your honor”

King Louie had King Azrael led out in shackles and placed in his own carriage. The Coachman took the northernmost road to Ford Marauder. For several hours neither King said anything to the other. Whatever fear King Azrael had in the beginning disappeared in the coach ride. “have you ever seen anybody turn into a dragon?” asked Azriel. Maybe perhaps you should remove the shackles. At first king Louis ignored him but then he said “you are in no position to make any demands on me.” perhaps not said King Azrael but then again, I hear that Roast Louis is on the menu.

As the Kings approached the fort with their coach the foot men rushed to open the heavy iron doors. At the last moment King Louie decided to remove the shackles from King Azrael. Upon entering the fort, the two kings were greeted by their host.

Edward Grimlock had transformed back into a man, however when he greeted his guests his head was on fire. King Louis was too dumbfounded to speak. Instead King Azrael spoke up “brother, brother, brother, you cannot greet guests this way.” my apologies said Edward where are my manners.

Edward turned his Focus towards King Louie. “as you know several of your men have been my guest for the last few days.” I thought they were your prisoners said King Louie. They don't have to be after all we are friends aren’t, we. Said Edward. King Louie chose his words carefully. Yes, I think we can be.

See all posts by Robert Burroughs →