Pages of my life story part 1 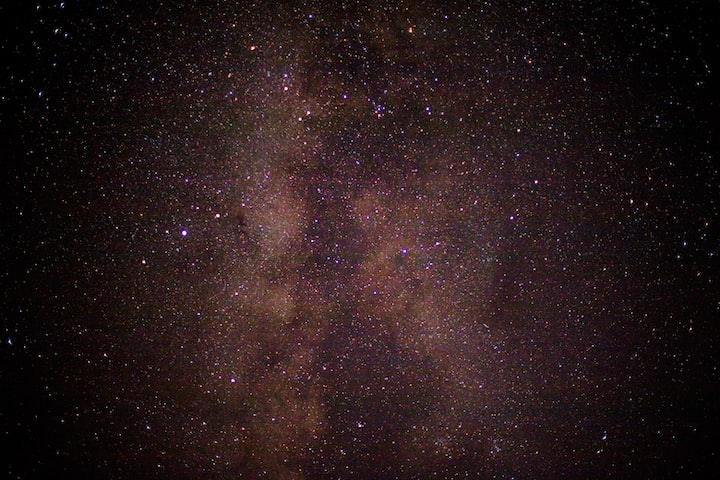 Photo by David Monje on Unsplash

(3) In the wilderness trapped by natures most poetic moments struggling, walking with wolves as protectors of the night sky, as shadows lurk through every tree and every crack in the ground i sink with the quicksand transporting me to another dimension causing fear, weakness and depression upon those walking in its path. The breath of air reminds me of the calming nature i used to live for. The peaking shadows come to show me the people that i've lost without a doubt i've seen my sister fall but the nature of the shadows were dark and raw. All i could see was black thats it. No violence no blood just black. As the darkness fills the night i saw a light at the corner of my eye and within the light, it said: "Ezara, don't give up hope and faith of who you are keep on going strong because without a doubt he believes you'll make it in life". The light also said, "He will always guide you through the pain that you have been through no matter how many times you've cried Ezara don't lose who you are". I dropped to my knees learning that I'm just like the others of this world. The world stopped for 30 seconds. The friends that i've made in the past are no longer existentin my life today. They are like ghosts possessing those who fall into darkness. Ashamed of who they are they ask me for guidance. I don't help them. Masks masks all i see are masks evolved into fakeness shadowed by their pride in themselves. The skeletons in the closet are no longer secret or hidden. I feel the wind softly rub against my cheek bringing air into my lungs, i was possessed by the way it feels no longer myself, i close my eyes letting the air transport me to another universe. The universe brought me to understanding its clarity and nature with ones self I'm awakened to this new world. Constantly thriving through new ventures. I am one with the world. The question remained Am I human? an Alien? or a Mystery? The answers I found were similiar they were all different just like the sun in the sky hiding in the clouds. Like moon gazing upon the earth breathing light into the universe. The power that went through me was strong like gravity. i soon felt overwhelmed and paranoid looking behind me like someone was there. Only to realize it was my own reflection but it moved like me saying "Your out of time". The questions went in my head "Why was I out of time in this universe". I soon looked back and it was not me it was a demon shadowing pretending to be me. I was fooled tricked into believing this universe was safe. Tremendously looking for new ways to escape. The universe was named Xion25 everything was mythical but those who believed in its magic were safe to enter its realm of gravity and prosperity. Knowing what they found who they would see and meet would shock them.