by Judith Isidore 2 months ago in future
Report Story

This is what hologram technology offers in education! 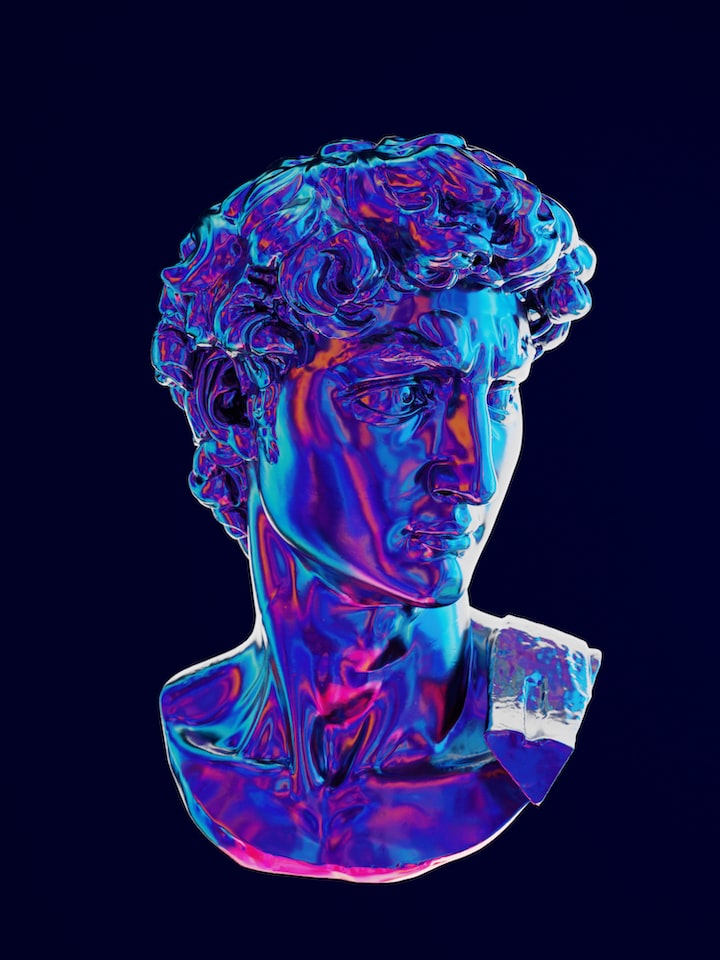 Photo by SIMON LEE on Unsplash

The term hologram has spread, but not everyone knows what it means? How does a hologram benefit education, medicine, or life in general? Well, it's a fun technique, but to simplify it for you by sharing with you one of my dreams.

I want to sit with Einstein and tell him how great he is, hear his simplified explanation of general relativity, and then sip a cup of coffee with Mendel in his garden where he was doing his experiments and watch him notice the growth of the peas and compare the colours of its flowers. After that, I would go to Aristotle and sit among his disciples, to hear some of his philosophy, and what a great opportunity it would be if I came across Alexander the Great sitting there in the presence of his venerable teacher, the philosopher. I finish my session with them, then search for Hatshepsut, to find her sitting on her wonderful Pharaonic sofa while she listens to her daughter, "NefruRa".

You might call me a dreamer. Yes, I love to enjoy science fiction, but there is a technology that can make this opportunity for me and you and the whole world, and that does not mean we will go back in time. No, but we can simulate these characters by default according to the data and information we have in the history books, nothing more. For example, you cannot know the mysteries that history failed to remember or hid in its folds, and it was stingy with us for a while or forever!

When was the hologram born?

The hologram was born by Hungarian scientist Dennis Gabor, when he developed the theory of holography while working to raise the level of precision electron microscopy. The idea came to him while playing tennis on Easter Sunday in 1947.

Gabor formulated the concept of the idea in a Greek word called hologram, which consists of two syllables:

And the two pieces on each other "hologram", means the complete message, as that three-dimensional image contains the full information of the wave of the organism. The idea of ​​the hologram is based on the wave nature of light. To simplify the idea, focus with me on the following..

Assuming you want to photograph a ball with your phone, with a simple click of a button, you can get a photograph of the ball, but it is flat, and you can only see it from one direction. But in the case of a hologram, the matter is completely different, as the object's code is recorded on a photographic surface when the waves of the object to be imaged (the ball) collide with the light waves (the laser), which leads to the two waves overlapping. Then comes the construction phase, in which the light is directed to the photographic surface, and the light is diffracted, creating a three-dimensional thumbnail. And this is the hologram. From this, we find that the hologram is based on two distinct properties of the wave nature of light: interference and diffraction.

Dennis completed his work, until he was able to achieve the three-dimensional image, which was initially just an idea, and he was awarded the Nobel Prize in Physics in 1971, for his development of the idea of ​​the hologram.

Hologram, as explained by Stephen Hawking:

In 2014, physicist Stephen Hawking was on the island of Tenerife, Spain, in his robotic wheelchair, giving a presentation on hologram technology. Perhaps Hawking realised that one day holograms would be employed in education, work, space travel, and in life in general, as science fiction films once portrayed. During his presentation, Hawking spoke about the hologram, saying:

"I want to talk about the universe as a hologram, and a hologram is a representation of a three-dimensional object on a two-dimensional surface.. I appeared in Star Trek as a hologram..and you might watch me play poker with Einstein and Newton and really Commander Data."

Indeed, Hawking appeared on Star Trek, and was the only person to play him, and in one scene he was really playing poker with actors playing Einstein, Newton, and Data (a fictional character in the series, who has no historical presence). Therefore, he does not exclude that the day may come when this technology can embody him and really play poker with these people instead of resorting to their representation.

The hologram provides a three-dimensional image, which helps students to imagine events and understand the difficult meanings of scientific topics, as this technology has great advantages capable of revolutionising the field of education around the world. And to be fairer, it is capable of developing all areas, but our focus in this topic is on the education process specifically. But how will hologram technology help education? Well, here are the different images:

Many medical students around the world are missing out on practice, having to wait for professors to come up with real cases that they have studied theoretically. However, this affects in some way the learning process. The application, after a period of receiving the information, is not an ideal experience like receiving the information and then applying it directly. And here comes the role of hologram technology, which will provide students with 3D images, which they can practice what they have learned virtually, thus enhancing their self-confidence in the future when the time comes to practice medicine as a profession.

Exchange my students in the same site

Have you ever heard of student or cultural exchange scholarships? Yes, they are those agreements between countries to switch students or citizens between them for a temporary period, so that each of them can learn about the culture of the other and learn from it. Some people may find a problem in travelling to strange countries, and hologram technology comes with the perfect solution, as it provides communication between you and people from different countries in the form of three-dimensional images, you can communicate with them and learn about their culture and learn from them easily without the need to travel. This in turn creates a valuable learning experience, saving time and effort.

Sit in the presence of the great

In his 2014 lecture, Hawking hypothesised that the day would come when people would watch him play poker with Einstein, Newton and Data. They certainly wouldn't be alive, but their 3D images. This is what the hologram technology will allow you to do, where you can sit with Napoleon Bonaparte and ask him whatever history you want, and you can discuss Einstein in general relativity. And she listens to the aggrieved priest Mendel, who did not take his right to fame when he presented his genetic theories. You can talk to Darwin, Nikola Tesla and Thomas Edison. Rather, you can simulate the environment in which they lived and enjoy sound and visual effects that are only separated from the truth by your mind, which is fully aware that all this is just virtual images.

The teacher can be in several places

Imagine yourself sitting in the classroom and in front of you your teacher is explaining the lesson, at that moment, the same person is explaining the lesson in other classrooms nearby. Amazing, isn't it? This is another advantage offered by the hologram technology, which helps the teacher to be present in different places, which opens the window of learning for those people who live in distant countries that do not have enough schools and teachers. In addition, university professors from all over the world can communicate with students, which provides opportunities for a wider spread of excellent education in international universities.

“The best kind of education is not that which merely teaches us information, but that which makes our life more in harmony with existence.”

Often times, it is difficult for students to visualise the written content. A simple example, imagine yourself in a math class, and today the teacher is explaining to you the cube measurements lesson. It will tell you that it is a polyhedron with 6 square faces. Tell me, can you imagine this shape unless you've seen it before? Maybe yes or no, but for sure it is completely different when watching a 3D image of the hologram.

There are many other examples that the student does not understand unless he sees them. Some educational institutions have even introduced large screens, enabling students to watch videos that help them understand complex subjects. Therefore, instead of leaving the student to his imagination, it is preferable to present 3D displays, which help him interact and understand science well, which enhances the learning process and makes it more meaningful.

More stories from Judith Isidore and writers in Futurism and other communities.