Is It Really All 'Written In The Stars'?

CM
by Caroline Mariejeanne 2 months ago in astronomy 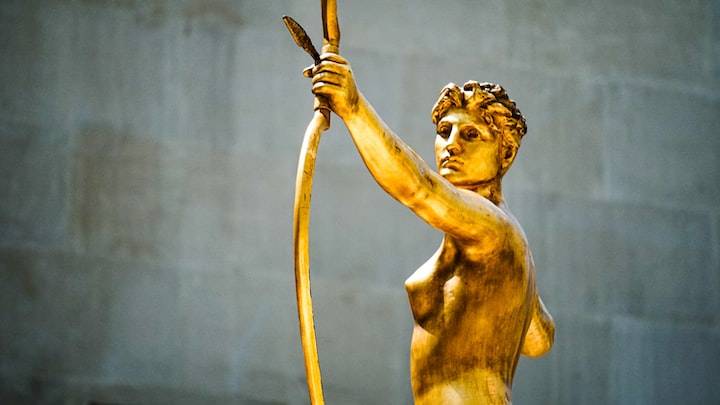 Photo by Felipe Simo on Unsplash

Soon a baby will be born in my family.

And, believe it or not, the first question asked was about when the child would be born, and the second was the mention of their astrological sign.

That in itself is fascinating.

I’ve heard those words uttered many times. Not specifically to me, but in no small amount to the people around me.

The camps of whether or not to believe in astrology are split almost straight down the middle. But whether or not a person considers astrology to be legitimate is inconsequential because of how enjoyable the pseudoscience is to most.

For some people, it’s a place of safety and predictability. Don’t we all wish we could know our future, even just a little bit?

I am a Sagittarius.

Sometimes when I tell people close to me or family friends about my sun sign, they give me a look of slight confusion.

Their confusion is all due to one fact.

From the outside looking in, I’m not quite Sagittarius material. I’m one of the three Sagittarius’s in my family, but I have the least Sagittarian qualities.

All three of us were born at different periods of the sign and, strangely enough, one the first day of Sagittarius and the other on the last. When an outsider looks at the three of us, we are almost entirely dissimilar. Even we don’t seem to have much in common because we all embody different parts of the sun sign, but not all.

While my family members are funny, big travelers, the ‘life of the party’ and people persons, I am none of that. Meanwhile, while I am optimistic and flexible (not talking about physically, here), they are not. But then again, we are all somewhat independent and curious.

All of those are all prevalent traits of a Sagittarius.

But what does this mean? Are some people more Sagittarian than others?

Although, in December, there is another thing that causes a significant differentiation in astrology.

Unlike my family members, I fall within the supposed reign of Ophiuchus, the 13th sign (though some feel the need to discount Ophiuchus because it confuses the order). It is in this sign that I do find certain parts of myself.

I resonate with the mention of disliking routines and having the tendency to procrastinate and be bored easily. However, aspects such as having a unique fashion sense and being jealous aren’t something that connects.

What’s even stranger is that within Ophiuchus, there are traits which the two other Sagittarius’s in my family would find themselves resonating with, in some cases even more than I.

I found their connection with a sign that wasn’t their own strange, but this year I finally understood why.

In the last couple of months, I spent my time immersed in the world of astrology. Without delay, I taught myself how to read my birth chart and what particular parts meant. By then, I already knew what a sun sign and a moon sign were, but the rest was a blank.

Starting with understanding what an ascending sign was, I moved on from there to understand houses, nodes, placement of the planets in the houses, etc.

It’s mind-blowing how the unique combination of one’s sun, moon, and ascending can affect our whole personality, and I didn’t even mention the nodes and placement of planets yet.

Astrology is a fascinating thing to study. Depending on how a person reads it, there could be different takeaways. Also, it’s interesting to learn how much it has dictated their lives without even noticing.

In high school, we did a project to find the meaning of our given names. It was not just about finding the fundamental significance but also a more profound sense. The teacher directed us to a website where people explained the common traits of those who have the same names, and strangely enough, the grand majority of the class found many commonalities.

Its mind blowing how things like this happen. Are they coincidences, or are names and signs truly that impactful? Can we honestly tell how a child will end up being in the future due to these things?

A friend once said that this made her think destiny existed. I, for one, don’t know what to believe, but this year I plan to do more research on Astrology. I plan on reading the birth charts of the people closest to me to see if they adhere to their birth chart.

Before, I was never quite interested in such a thing, but due to watching many pick-a-card tarot readings on YouTube, I found myself wanting to explore the world of astrology.

Despite that, I don’t check horoscopes anymore. They only gave me unadulterated anxiety. I always looked out for something I wasn’t sure would happen, that I began to feel trapped by the possibility the future held concerning the horoscope.

As you probably know, Sagittarius’s love their freedom. That was something that I felt I was losing due to the horoscopes, and so I stopped.

There is something about birth charts that give me a sense of specialness. It’s unique to you, and there is such a low chance for someone to have the same birth chart as you even if you’re born on the same day and the same year (because ascending/rising sign changes depending on the time you were born).

I can’t say that sometimes I don’t fall into the best career for (insert sign here) or best partner, I do, but at the same time, I use it more as a stepping stone than anything else.

If we take astrology to heart, shouldn’t we also strive to understand and connect to our Chinese zodiac signs, Myers-Briggs personality type, and others from cultures worldwide?

That is indeed the question.

And by adding all of these into our minds, wouldn’t we all have a unique outlook on ‘who we are’ and ‘who we could be’? The theory is worth being explored.

When we consider that genetics can dictate many things from birth, can’t the stars and the signs determine the more metaphysical side of things.

A couple of days ago, I learned that a person could tell if their baby would be an introvert or an extrovert by whether the child turns toward or away from a loud noise. But will this ultimately determine their full scope? How extroverted or introverted are they?

For me, astrology is a bit similar. Despite knowing whether your child is more prone to extroversion or introversion, it all depends on how much they lean to one side or the other. I have friends who border in the middle, and despite their ENTJ personality types, sometimes they seem more introverted than I am.

Star signs are just a base.

In the end, it is time that will tell who we are. People change from one day to another. One day you might wake up and decide how you’ve chosen to live your life isn’t doing it for you anymore, and that’s fine.

Your stars can set the bar and lead the way, but you chose where to go and how to act when you get there.

If it fits with your sign, so be it, and if it doesn’t, all the same.