And liberating the innocent citizens 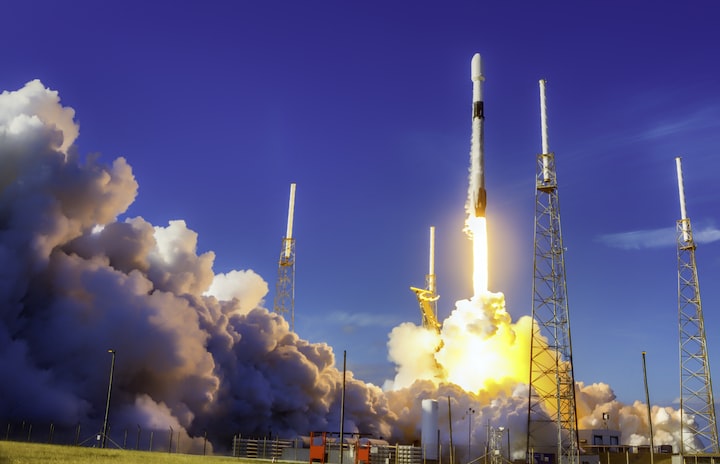 Photo by Bill Jelen on Unsplash

The twelve military personnel present were busy on them. The eight senior government officials also present sat in their chairs some seemingly eager to know why they had been summoned so abruptly. What is it that had required their security clearance upgraded in such a rush? Even though they seemed confused, they did not speak. Other than the chipping sounds and hums from the computers, dead silence filled the room.

The mission was top secret they had been told as they were hurriedly ushered into the inner chamber. In there, the president sat in his rotating chair facing numerous screens that showed different satellite images. Liberating North Koreans was one of the core missions of his presidency. He stirred his coffee and placed his fork on the slice of chocolate cake that was placed on the side table next to him. He seemed to have arrived much earlier and had been enjoying a snack as he waited.

It was eleven minutes past eight in the evening North Korean time. The phone lines were reactivated.

Team leader Joe: Commander, sir, we are back live.

Commander: The purple waves you see on screen 3 Mr. President are the snakes slithering into Jaeachi river. In the next 25 minutes, you shall be able to see them swimming out of the river and into North Korea. Inside the snakes are different varieties of seeds. Pumpkin seeds, wild berries, yellow beans, mushrooms, amaranth, sunflower, etc.

Vice President Janis: And how will the snakes be able to drop these seeds on North Korean soil?

Team leader Joe: Madam vice president, the mechanism is that the snakes have broad and sharp fangs that will function as mini shovels. Once the body of the snake detects good soil based on the programming, it will regurgitate from its belly a capsule containing two seeds. The fangs will burrow the soil and the seeds will be dropped into the hole and then covered with soil when the snake's mouth closes.

President Osean: How will we be able to ascertain that this goes as planned? Millions of taxpayer money have gone into this and when this information is finally released to the public, we need to be on the safe side.

Commander: Mr. President, if you look closely at the satellite images on your screen, you will see the purple waves sliding in and out. These are movements from the snakes. The other colours that you see represent the different objects the snakes encounter on their paths. Every activity that happens around them is monitored and recorded for future reference. We have also successfully tested the technology. The garden we took you to earlier was planted through this technology.

President Osean: Oh! Really? Impressive! What else is in these capsules? How are we going to ensure that the seeds not only germinate but mature and are fruitful? And why does the destination of the technology look to be deep forest instead of cultivated land?

Team leader Joe: Inside the seed capsules are nutrient-rich fertilisers enclosed in smaller capsules that will be released at different stages of the plants' growth.

Commander: Mr. President, we choose forests and uncultivated lands because we wanted to stay off the radar of the North Korean secret police. Had we chosen cultivated lands, our unfamiliar crops could attract a lot of attention too soon which could lead to possible vandalism or worse. And in the forests sir, we first identified several small clearings and patches that would be more optimal for plant growth.

Vice President Janis: Kim Jung Un will do anything to keep his people hungry. The hungrier they are, the less likely they are to demand other things such as their freedoms and liberties because they are too preoccupied with their hunger. By the time we are done with him, he shall not know what hit him.

Commander: I agree Madam Vice President. The greatest weapon of his propaganda is starving his people. And to liberate them, we need to use soft power by secretly feeding his people first.

President Osean: How likely are we to succeed with our plans?

Team leader Joe: Highly sir. We have selected to begin with short-term and fast-maturing crops. Pumpkins will be ready in nine weeks. The amaranth will sprout in three days and in less than two weeks, the North Koreans can pick its leaves and have them as vegetables. The beans will sprout within a week.

President Osean: How will the citizens know that we have planted extra food for them in the forests?

Team leader Joe: As we will be tracking the progress of the crops using our satellite technology, when the time is right we will use our contacts in the black market who will then guide a few men into the forests in the guise of looking for firewood. We intend to lead the villagers to these crops in secret so that they will think they discovered them by sheer luck.

Vice President Janis: What is the likelihood of the North Korean secret police being informed of these finds?

Commander: Madam Vice President, based on the information we have received from recent defectors, food is still very scarce in North Korea. And the police just like many other state officials are corrupt. They would confiscate the food for their own consumption or result in selling it to the villagers at high prices. For these reasons, the villagers have strong motivation to keep the knowledge of these finds to themselves.

Team leader Joe: If I may add commander, when there was an overgrowth of wild edible mushrooms a few seasons ago, based on reports from defectors and our informants on the ground, the villagers kept the knowledge and the locations secret from the police and their known informants.

Mr. President, we have reason to believe that these new food sources will also be kept from them. The villagers have demonstrated the will to consume this food secretly.

President Osean: That's refreshing to hear. And explain to everyone present, why snakes. Why not birds or bees or other animals?

Commander: We chose snakes Mr. President because they can cover more ground quickly and can camouflage better. Birds would have attracted too much attention from the North Korean spy security systems. Worms and other smaller insects would have proven inefficient in delivering the seeds and in planting them in the soil. Snakes are large enough to carry more seeds at one go too. Many people also fear snakes and would let them be in case they encounter them. We made the effort to make ours a little more frightening too. That also helps secure the technology.

President Osean: Great choice! What are the long-term plans and goals with this?

Commander: We plan to repeat this cycle for the next 8 planting seasons. As you know Mr. President, and the honorable members present, even though we possess greater military power than they do, we cannot physically invade North Korea through brute force due to the current status of the nuclear weapons situation. As agreed, we plan to liberate the people slowly by slowly through other means.

By ensuring that they have enough food, we will have freed their minds from focusing only on their basic needs. When we can ascertain that they are relatively food secure, then we can move to the next stage of the operation.

President Osean: Which is?

Commander: As planned Mr president, dissemination of information about the outside world to them on a massive scale. We want to reveal to them how much they have been brainwashed and deliberately kept poor and hungry by the Kim dynasty.

President Osean: And how are we staying off the radar of the North Korean intelligence with this?

Commander: Many soldiers have currently been recalled to Pyongyang in preparation for the military parade happening this weekend. Based on information from our sources, the intelligence services are also currently focusing on the physical safety of their leader during and on matters surrounding the parade.

Team leader Joe: May I add commander that in the event that our snakes show up in their satellite systems, they might be quickly dismissed as we modeled them under the six snake species commonly found in those areas. Their skin is also made from biodegradable proteins and will read as living breathing snakes in their Chinese software. Mr. President, we tested it ourselves.

Vice President Janis: And what about tubers and long-term crops? Pumpkins, berries, and beans cannot sustain the villagers for long periods of time. They need foods rich in starch too.

Commander: We have a second planting scheduled when the rains intensify.

Vice President Janis: And when is that?

Commander: We estimate that to be three weeks from now. We have sweet potato, cassava, and Irish potato nodes ready in the bellies of more snakes. We also want to ascertain the success of this first mission before we send in more crops.

President Osean: What is that on-screen seven? Explain to me what I am seeing on my screens commander.

Commander: The snakes have already reached North Korean soil, sir and planting has already begun. The purple disturbance signal that you can see on your screens repeating itself over and over again is the planting signal.

President Osean: Good! And how long will this last?

Team leader Joe: Tonight, only a few hours sir. The snake batteries have to recharge themselves after a certain level of activity. The technology only works at night to avoid detection. During the day, the snakes are signaled to hide under big bushes. Some will even climb the trees to hide. The camouflage technology helps them blend in with their environment. We also guide them via satellite and monitor them all day. The whole operation will take four days.

President Osean: What happens in the event that they come across a hostile subject?

Team leader Joe: Just like normal snakes sir, they will attack. Their fangs are attached to a sac on their head that is carrying a numbing agent. When the technology senses danger, it will send a signal to control and the numbing agent will be unleashed on the intruder.

Vice President Janis: What does the numbing agent do? Is it fatal?

Team leader Joe: No, not at all Madam Vice President. It only immobilises the victim for up to thirty minutes to allow the snake to vanish to safety. It can get really itchy though which works by distracting the victim to prevent them from seeing the direction of the snake after an incident.

President Osean: What happens after the snakes are done with the mission at hand?

Team leader Joe: They will get back into the river and swim back to our base in South Korea ready for assessment, maintenance, repair, and future deployment.

President Osean: Very well. I guess that is sufficient briefing for today. Thank you commander and godspeed. I and the American people are behind you on this. Inform me of the progress after the four days.

The commander nodded. The military personnel looked around the room as though seeking the opinions of the other government officials. The officials seemed dumbfounded but impressed. They had nothing to add. The operation was going on well it seemed. So far so good. When the time would come to explain the mission to the voters, it seemed they would provide the political backup.

The president took a large bite of his slice of chocolate cake. He then sipped his coffee and sighed. Very soon every day North Koreans would also get to enjoy these delicacies at their leisure. It was the beginning of something good. A new era. An era of hope.

More stories from Gal Mux and writers in Futurism and other communities.