by Latoya B. about a year ago in astronomy
Report Story

I may be born a Leo, but my personality says otherwise. 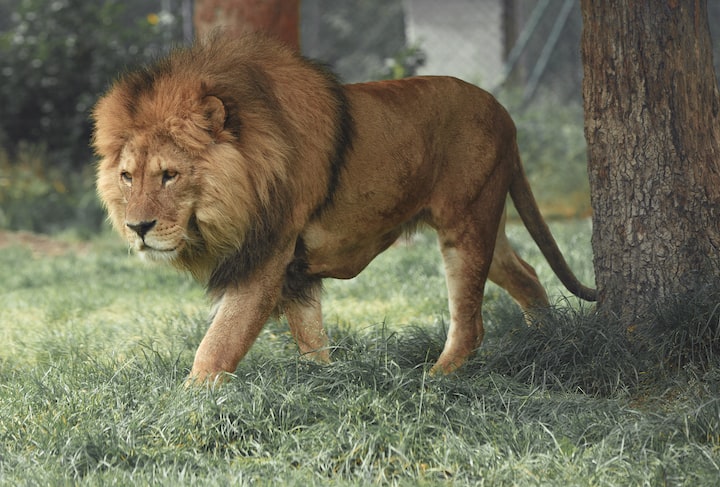 According to Astrology, the classic Leo's Sun sign description is that they're pompous, arrogant, stubborn, loud, always crave attention, and will do anything and everything to get it. On the positive side, Leos are passionate, loyal, protective, and confident. The list of positive and negative traits is more expansive than what I've written here, but of the ones named, being loyal, passionate, and protective are the only things that truly match up for me. I'm more self-conscious than confident, and if persevering until I've met a goal makes me stubborn, then so be it. I'm more protective of myself than in the past, and I'm extremely protective when it comes to my friends and loved ones.

I've always been told I'm more down-to-earth, and I tend to agree. I'm somewhat reluctant to put myself out there, which pretty much shoots down being pompous or arrogant. I'm shy, very reserved, and it's hard for me to open up or socialize unless I get comfortable enough to do so in social situations. Attention? Forget that! I'm cool with being in the background most days. I don't mind taking compliments here and there, as long as they're not backhanded.

I've often wondered why I don't align with all the typical Leo traits. Many people don't believe in Astrology because we're commonly presented with a superficial view of the main sign, and they don't totally match up to the person. As a result, talk of Astrology and Horoscope is generally met with eye rolls and ridicule. Instead of joining the crowd of naysayers, I decided to dig deeper, and I'm glad that I did. Over time, I've discovered that there is definitely more to how I align with the stars than just the simplified version. I'd done tireless research on other aspects and found out that there are more parts beyond the birth sign. Aside from the Sun sign that we are all familiar with, there is also the Moon, the Ascendant (or Rising), Midheaven, and even planet signs like Mars, Mercury, and Venus. The planetary aspect is something I have yet to explore, but we'll look at all the others.

I'm a Leo Sun and Moon, I have a Midheaven of Sagittarius, and I'm an Aquarius Rising, which, oddly enough, matches my personality more. Aquarians and Aquarius Rising people are lighthearted, intuitive, non-conforming, and very much outside-the-box. Unfortunately, they can also come off as standoffish at times.

I feel that even the Leo Moon only partially matches up. Leo Moons are typically creative, emotional, and like to cause or be involved in some drama. They also have a lot of friends. My love for art and being creative is precise, and I am very passionate about my emotions. Unless it's a dramatic change in appearance (hair, makeup, clothing), I try to avoid drama like the plague, and my circle of friends is small. Chalk it up to having major trust issues, but that's another story for another time.

Having a Midheaven in Sagittarius indicates that a person finds ultimate satisfaction in occupations that allow them to be themselves. This definitely lines up, just like the non-conforming aspects of Aquarius Rising. My previous jobs felt forced, but I had to surrender that part of me to make ends meet. I also felt that I was doomed to be on the phones with angry, self-entitled customers and endure backhanded compliments from co-workers and supervisors as well as microaggressions for the rest of my life. I knew that it was never truly my calling to work customer service or be in a call center forever, but I was desperate, and because I needed the money, I took whatever was given to me. Not anymore. I'm leaning more into that individuality and the non-conformist ways I was meant to lean into.

Long story short, I don't feel that I'm a Leo. If I am, I'm a very complex one with traits that go far beyond the surface.

Born and raised in Alabama, Living in Colorado. I'm a mom and gamer with a passion for writing, art, music, and fitness. A multi-faceted pop culture nerd and proud of it! ZERO tolerance for abuse, misogyny, racism, or anti-LGBTQ+.

More stories from Latoya B. and writers in Futurism and other communities.