ZW
by Zoe Wong 2 months ago in astronomy

Perfectionist, analytical, stubborn, organised, loyal, critical, observant, and in constant need to know all the answers. 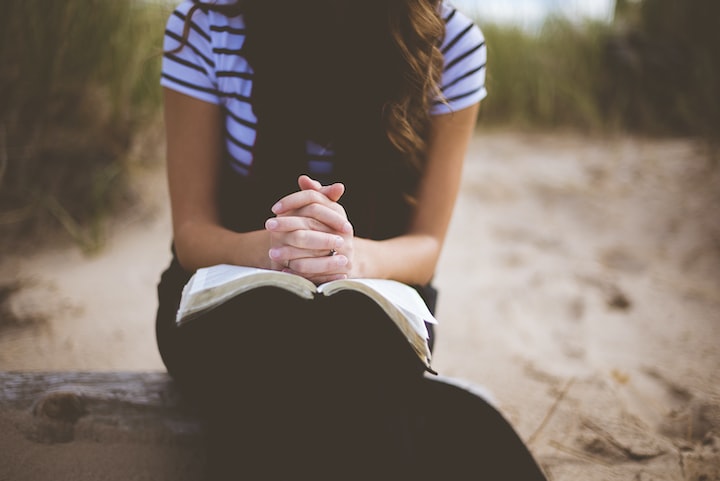 A topic about Zodiac signs? Gosh Vocal, you really know how to turn a girl on…

I mean, need I say anymore? It’s no secret that I believe in Zodiac signs. Just ask the people who know me and you’ll hear nothing but how I bore them with my ramblings on the topic.

I am a classic Virgo; a perfectionist, analytical, stubborn, organised, loyal, critical, observant and in constant need to know all the answers.

It was like a flick switched inside of me and one day I woke up and Zodiacs became the foundations of how I perceived the world around me. This was especially prevalent in my dating life. I'm not sure about you, but I am definitely guilty of subtly asking a potential suitor when their birthday was or stalking their social media to see if I could figure out if we were a match. I would Google “Virgo woman and (insert star sign) man”, as though it was a crystal ball, telling me if this guy was worth my time or not.

And then Bumble noticed the gap in the market and started to include Zodiac signs on people’s dating profiles…game changer. I didn’t have to ask men what their star signs were, it was now handed to me on a silver platter. But unfortunately for them, it also meant that if you weren’t a compatible star sign, it was a swipe left for you. It's a little shameful to think that I wouldn’t even bother looking at their pictures or reading their profiles – the stars say we’re not compatible so why bother, right? I would force myself to go on a date with someone just because some Astrologist said we’re the “perfect match” and spoiler, it didn’t work out the way they said it would.

What did I learn from this experience? I learned that the so-called “compatibility matches” weren’t accurate (Surprise, Surprise, opposites did not attract). And those daily, weekly or even monthly predictions weren’t at all relevant to my life - some were even generic enough that I reckon anyone reading them would think they were a Virgo. So instead, my analytical self focused on a Zodiac’s characteristics and traits. Maybe it’s the Virgo in me, but I needed to understand what made people tick. Why did people act the way they did? And Zodiacs were the perfect way for me to do this.

I began to analyse the people in my life and noticed that I gravitated towards certain types of characters. If I had a love/hate relationship with them, thoroughly enjoyed their intelligent conversation but disliked their egotistical nature, they were probably an Aquarius. Or if I found that I was worryingly similar to them; a homebody who enjoyed nothing more than discussing the world’s problems, they were probably a Cancer. Introverts seemed to be Virgo, Scorpio, Cancer, and Taurus, whereas Extroverts were Aquarius, Leo, Gemini, and Pisces. It became second nature for me to pick out patterns and use these to justify their actions or to distinguish what kind of person they were.

I loved how easy it was to categorise people without a second thought, “Oh, they’re like this because they’re this sign”. They were no longer "people" but a figment of their Zodiac sign. If I was upset about the way someone treated me or how they acted, I would blame it on their Zodiac sign and found it easier to find closure knowing that it’s “just the way they are”.

It became even easier to justify my own behaviour and flaws by saying “I am Virgo”. If I spent a moment too long trying to adjust a design so that it was just right, it was because Virgo’s are perfectionists. Or if I took a more logical and practical response to a friend’s drama, it was because Virgo’s are logical and practical people. It all made sense and somehow it started to define me. But the analysts in me wasn't just satisfied with that answer. As we all know, there are always two sides to a coin. Sometimes I catch myself wondering if I was truly born a Virgo or maybe my brain just decided to adopt the traits that I thought I needed to be because of my Zodiac sign.

Recently my mind was blown when NASA announced that all the Zodiac signs were, in fact, wrong. And there was a missing sign, which meant all our signs were misaligned. So maybe the Analytical Virgo was right? And it was all a lie?

Under this new sequence, I am apparently a Leo. A Virgo's always right' nature would make me scoff at the sentiment. I am definitely not a Leo. Leo’s are self-centered, egotistical, and born leaders and I am quite the opposite. I am more introverted. Someone who doesn’t take credit for their hard work and would rather follow a leader than be the focus of attention. But Virgos also don’t like change and are stubborn, so that would explain my response, right?

Whether Zodiac signs are real or a complete load of rubbish, it is nice to feel like you belong to some kind of community. It just gives you that warm and fuzzy feeling when you bump into a fellow Virgo and bond over how you both need to have things “just so” and are overly critical of everything and everyone (or maybe that’s just the Virgo in me speaking…).