How Science Fiction is Changing the World

by Matthew Angelo about a month ago in science fiction 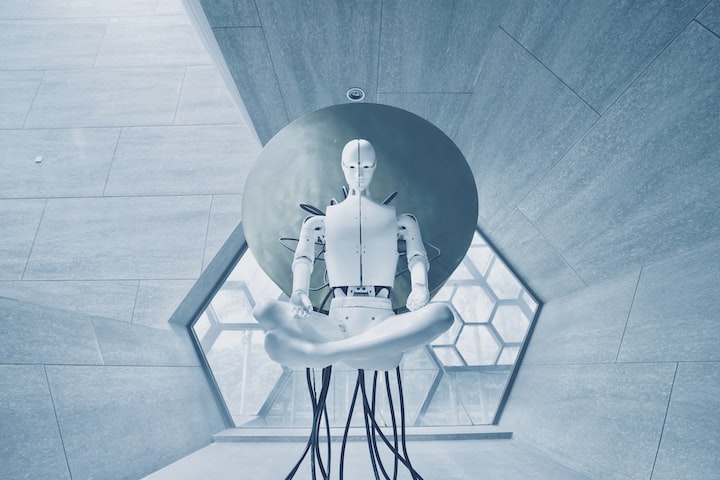 Photo by Aideal Hwa on Unsplash

Science fiction often forecasts the future and makes predictions in the world. As an author of science fiction, I've found that it has opened up new worlds. Since I was a kid, science fiction or sci-fi has become a significant part of my life. Whether reading a book with dragons or watching Star Trek, it has expanded my mind and offered me an outlet for my creativity and imagination.

Science fiction has done many things to change the world. One of these things is opening new worlds for us to explore. Science fiction books, movies, and video games have expanded our understanding of space and time. Some people even credit some science fiction with helping them get into careers in math, physics, and engineering.

Science fiction has changed the world in many ways. It is a genre that can be found in almost every form of media and has undeniably impacted our culture. Science fiction often deals with futuristic concepts such as outer space exploration, robots, cloning, and time travel. It has been responsible for predicting inventions such as the internet and cell phones. It has helped fuel creativity in many different fields (ex: architecture).

As a society, we've been captivated by science fiction from the moment Mary Shelly introduced us to Frankenstein’s monster. There has always been something to delight us what was possible with technology as they read about different inventions that would change the world. In addition to the novel, science fiction has inspired countless films and television shows.

It is a common misconception that science fiction is a genre limited to the realms of fantasy and speculation. In reality, science fiction has provided a glimpse into what the future holds for us. Many of its ideas are later developed in real life. Authors like Asimov, Clarke, and Heinlein introduced the theories behind cybernetics, space exploration, and even artificial intelligence.

Science Fiction has created an intriguing way for us to explore our own world, especially medicine. The doctor's idea as an "alien" is what we take for granted in real life. But in science fiction, it's not uncommon for a medical professional to have an extraterrestrial origin.

Science fiction is often the birthplace of new ideas, notions, and inventions. One of the most well-known examples is William Gibson's Neuromancer, which introduced virtual reality to the world. Nowadays, you can find VR in video games, social media apps, and the medical field. We now have virtual reality used for pain relief during cancer treatments and helping with depression.

Fictional diseases have run the gamut from a zombie virus to a super that decimates most of the global population. Whether alien bacteria or an unknown plague, science fiction is full of diseases to keep readers on the edge of their seats. While many of these diseases are dramatized to create an excellent story, many are reality-based.

Science Fiction always has the realm of the imagination. Humans have always imagined what the world could be like in the future, envisioning everything from flying cars to trips to Mars. But it is not just about what might happen- science fiction has had a significant impact on society. Society today bears many hallmarks of science fiction, both in terms of social norms and innovative technology.

It has also taken the horrific horrors of humanity's past and created dystopic futures and societies that have been taken over by greed, religion, aliens, or AI. These societies see the worst and even the best of humanity as it moves toward freedom in their fight against oppression.

Science fiction and other works of speculative fiction is a genre of literature that often forecasts the future, makes predictions, and explores other worlds. Usually, science fiction has an underlying commentary on contemporary social or political issues. It also reflects what humans do in their daily life, such as shopping for groceries, commuting to work, or contemplating the world through the lens of virtual reality goggles.

Science fiction has been a pervasive influence globally, and that influence has only grown in recent decades. Science fiction is an umbrella term for speculative storytelling set in the future, involving imagined scientific and technological advances. The genre began in the 1800s with authors such as Mary Shelley and H.G. Wells, but it took off after World War II with writers like Arthur C. Clarke.

I keep returning to this genre as a reader to keep my mind free and full of adventure. The genre has offered numerous memorable characters that will stand the test of time. I will continue to write under the umbrella of speculative fiction. I have this hope that the science-fiction or fantasy I write will take you and other readers into another world full of wonder and adventure.

Thank you for reading my article! If possible, can you give it a thumbs up as this helps me in the algorithms. I won't turn down a tip either lmao!

Consider supporting me in my writing career on my Ko-Fi account.

I am a traditional and self-published author. I write in many genres like fantasy, urban fantasy, horror, romance, and science fiction.

Read next: Are You Ready?